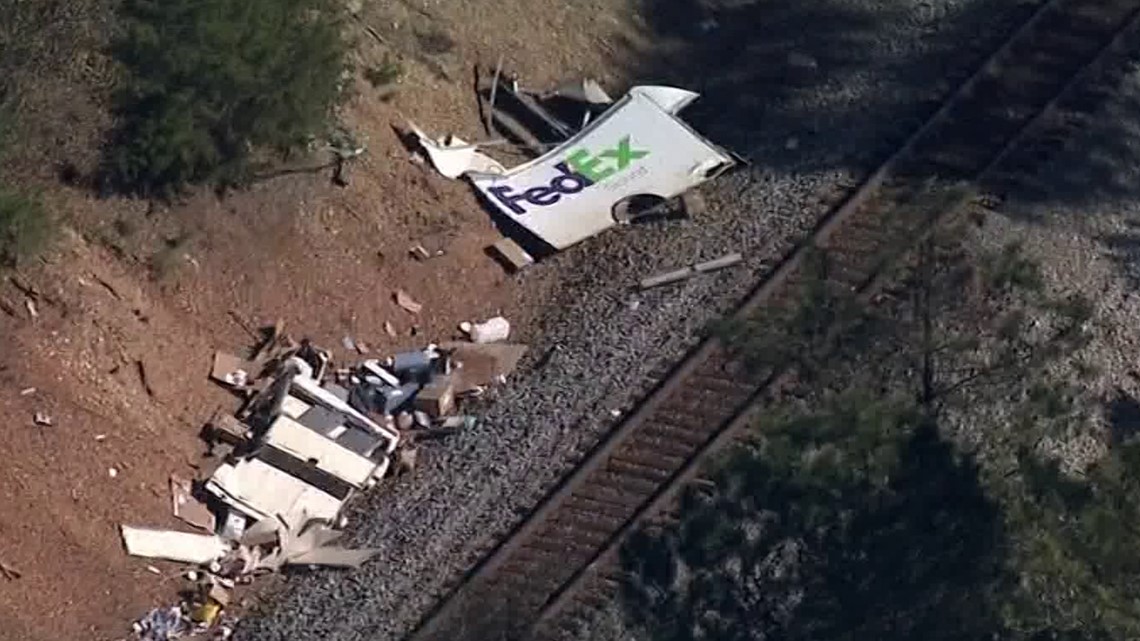 Amtrak said it was traveling from New York to New Orleans around 11 a.m. when a “vehicle that was obstructing the track came into contact with the train.”

The rail line said 55 people plus crew members were on board and no one was injured.

11Alive SkyTracker showed packages and other debris along the tracks. The Amtrak train did not derail.

The train struck the vehicle’s driver’s side and the train pushed it about 1/2 mile before coming to a stop.

The name of the truck driver has not been released.

This is a developing story. Check back often for new information.

Also download the 11Alive News app and sign up to receive alerts for the latest on this story and other breaking news in Atlanta and north Georgia.