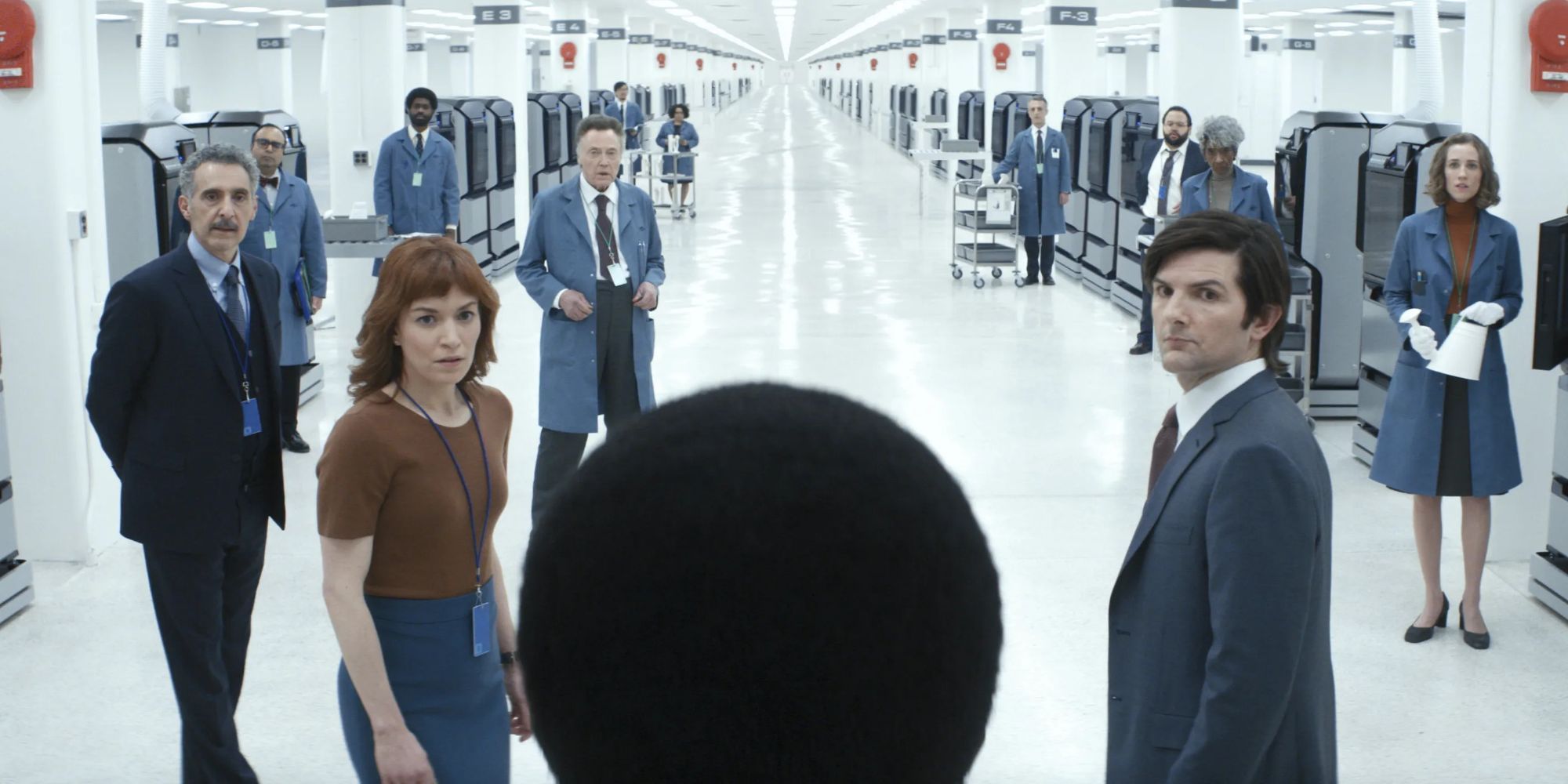 The newest mystery sci-fi show, 1899, which debuted on Netflix on November 18th, immediately became the most-watched program in one weekend. 1899 shares the same creator as Dark, a German smash hit on Netflix hailed as one of the best time travel shows ever made. Consequently, the program is eagerly anticipated, and its popularity is understandable.

However, 1899’s fantastic storyline, outstanding acting, and the renowned setting that once contributed to Dark’s success instead confirm the film’s greatness, its ability to stand on its own, and its potential for a few more upcoming seasons in the future. Fans of the show can pass the time by viewing these comparable ones while waiting for Netflix to approve 1899’s second season.

Dark is a German sci-fi thriller TV series co-created by Baran bo Odar and Jantje Friese. The narrative centers on four families whose past, present, and future are intertwined with the tumultuous past of the town. With an ensemble cast, the show examines the existential implications of time and how it affects human nature.

In addition to sharing the same creator as 1899, Dark is a challenging puzzle that requires viewers’ whole focus from beginning to end. Moreover, both series have recurrent symbols that have deep significance and serve as hints about the direction the plot is taking. Yet, everything is neatly wrapped up in the end, providing the audience with a satisfying resolution. Spectators can also feel some excitement thanks to Andreas Pietschmann’s presence in both shows.

Counterpart is a sci-fi thriller show created by Justin Marks that centers on a junior bureaucrat, played by J. K. Simmons, who discovers a new dimension where a Cold War is taking place – and his other self in that world is a top spy, through the agency he works for. As the show progresses, spies from both sides are enabling the war to gradually escalate.

The way that both Counterpart and 1899 appear to have taken some cues from actual theories and events is a fascinating similarity between the two series. In addition, Counterpart investigates the idea of a parallel universe that is extremely similar to 1899 since a parallel dimension to their current existence also exists with formidable threats.

Stranger Things is a sci-fi horror drama created by the Duffer Brothers and is set in the fictional town of Hawkins, Indiana, in the 1980s. It follows a group of kids and adults attempting to investigate a mysterious disappearance of a child in town along with numerous paranormal occurrences in the area.

Both Stranger Things and 1899 tackle a science fiction experiment gone wrong that affects everyone involved starting with the disappearance and appearance of a child. Additionally, like Counterpart, the program examines the notion that an alternative dimension exists alongside the current one, which viewers may find comparable to 1899. Stranger Things includes a horror component that is akin to some horrific sequences from the latest Netflix show.

Westworld is a dystopian sci-fi western TV series created by Jonathan Nolan and Lisa Joy for HBO and based on the 1973 film of the same name. The show examines the notion of a technologically advanced, futuristic theme park staffed by Android devices that are programmed to never harm humans. Later, the setting of the series is expanded to the real world where Rehoboam, a potent A.I., governs and directs people’s lives.

Both 1899 and Westworld blur the line between reality and fiction and demonstrate to the audience how technology and symbolism are key factors in the problems they portray. In addition, many of the notions shared by the two series are remarkably similar. For instance, just like the passengers on Kerberos, the memories of Westworld Hosts are erased after each storyline.

Severance is a sci-fi psychological thriller TV show created by Dan Erickson that centers on Mark (Adam Scott), a Lumon Industries employee who consents to a “severance” program that separates his work memories from his personal recollections. It starts a trip to learn the truth about their occupations when an enigmatic coworker shows up outside of work.

The way that Severance and 1899’s narratives are inextricably linked to the functioning of their respective worlds is one of their many shared characteristics. Moreover, both series’ creators have devised complex rules that control the occurrence of various situations and the characters’ responses to them. Both programs also feature enigmatic parts that give viewers pause and force them to stick around to see how things turn out.

The protagonist of The OA, a Netflix supernatural science-fiction TV series, is a young lady named Prairie Johnson (Brit Marling) who suddenly appears after seven years of being missing. Even worse is the fact that she was blind before but is now able to see. She starts carrying out her plan as the police and her adoptive parents attempt to understand why this is happening.

The most fascinating aspect of viewing The OA and 1899 through a wider lens is Prairie’s similarity to the ship Prometheus, which is another missing person/object who returns with such mystery. The plots of both programs diverge from this point on, yet their fundamental ideas are the same.

The horror-drama Australian TV show Glitch centers on police detective James Hayes (Patrick Brammall) as he attempts to solve a case involving seven dead persons who come back to life in the small town of Yoorana, Victoria. They strive to discover what brought them to the grave in the first place after returning with no memory.

A key component of the story of 1899 is the link between a select group of passengers. Similar to this, the seven are interconnected in Glitch in ways that the viewer is not immediately aware of. The audience tries to draw conclusions as the plot of both shows develops by piecing together tiny clues.

Lost is a sci-fi drama TV series that follows survivors of a commercial jet airplane traveling between Sydney and Los Angeles crashes on an enigmatic island somewhere in the South Pacific Ocean.

Most episodes of Lost include the main plot that takes place on the island, supplemented with flashback or flash-forward scenes that reveal more about each character, which can easily remind fans of 1899 of how the show explored each individual’s past and what makes them tick. In addition, the resemblances between the two shows don’t stop there but soon reveal to the audiences that both Lost and 1899 are sci-fi experimental ventures, and the friendship and camaraderie formed during the struggle might gratify them soon become a theme of the shows.

Sense8 is a sci-fi drama series created by The Matrix’s creators, Lana and Lilly Wachowski, and J. Michael Straczynski for Netflix. The story revolves around eight people from different parts of the world who unexpectedly learn that they are “sensates”—humans who are intellectually and emotionally connected.

What binds these characters together in both Sense8 and 1899 is their shared trauma. Despite the fact that the relationships in 1899 do not seem to be as solid as those in Sense8 since the characters in the latter show shared a connection that is beyond the physical bond. The character arcs in both series, which offer fascinating insights into the human psyche, may also be comparable to the viewer.

Into the Night is a Belgian apocalyptic sci-fi drama thriller TV series created by Jason George, and inspired by Jacek Dukaj’s 2015 Polish science fiction novel The Old Axolotl. The film follows passengers on a plane as they struggle to stay alive as the sun starts to obliterate everything in its path. They then opt to go at night and must devise a number of additional safety measures.

Similar to 1899, Into the Night has a cast of numerous people who must all provide answers to questions as they arise in order to survive. Additionally, the layout of the program is highly intriguing, similar to that of 1899, which keeps viewers guessing during the entire run.

BharOS versus Android: Everything to know about “desi” mobile OS in 5 points

The Week Ahead: Monetary policy, global PMIs, inflation and GDP data in the spotlight

Jio 5G rolling out: List of cities, how to activate, 5G plans and everything else you should know

Will Proton Holdings play a role in Geely’s IPO?