Iraq condemns the cross-border attacks and says the ambassador will be summoned, but Iran's Revolutionary Guards pledges to continue until "terrorist group bases are dismantled". 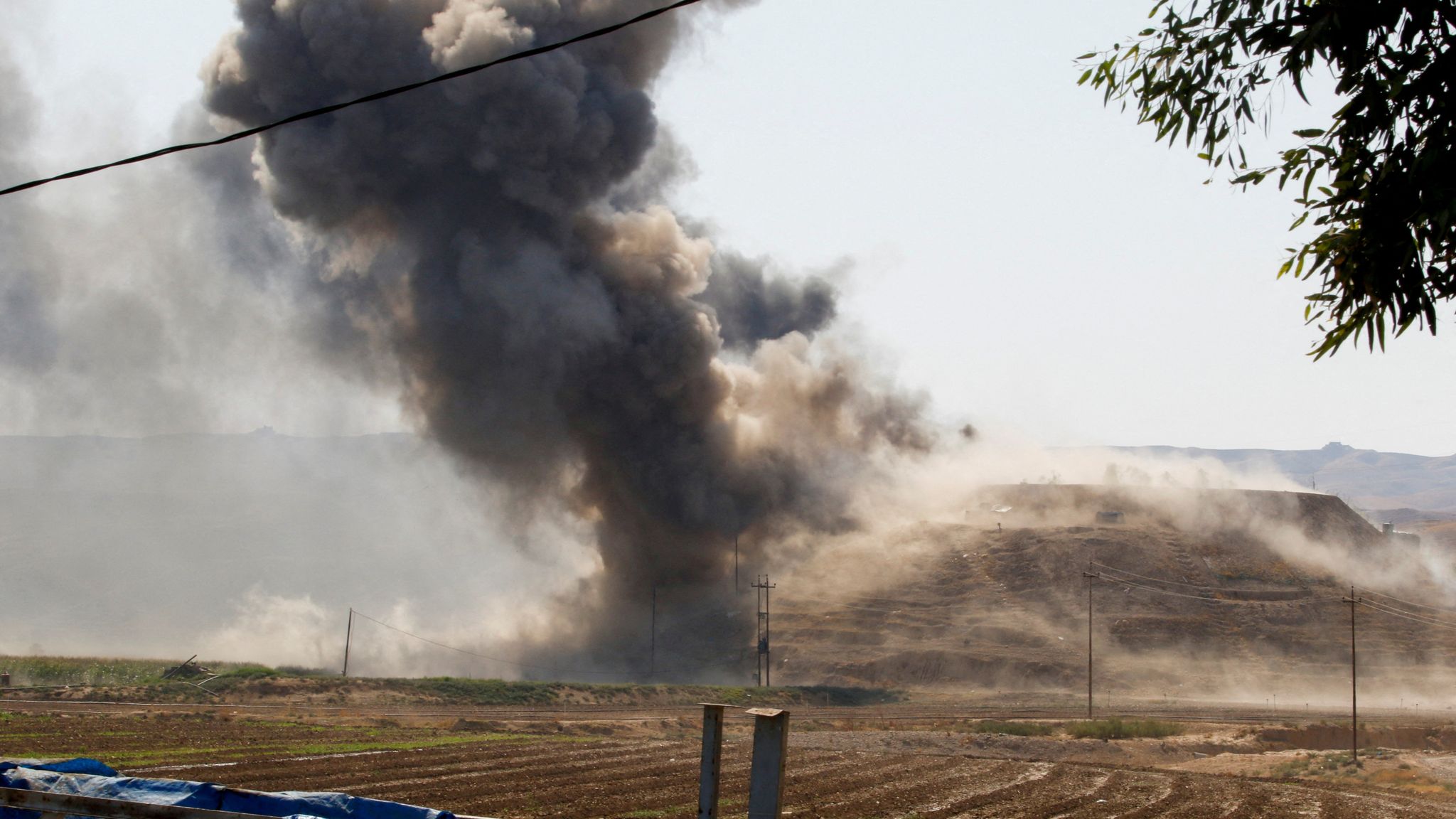 Image: Smoke rises from the headquarters of the Kurdistan Freedom Party after a strike on the outskirts of Kirkuk, Iraq

Thirteen people have been killed after Iran fired missiles and drones at militants in the Kurdish region of northern Iraq.

Iran said it would continue attacking “terrorists” and has blamed Iranian dissidents of involvement in the unrest sparked by the death of a woman in police custody.

Fifty-eight people were wounded and 13 killed in Wednesday morning’s strikes in the provinces of Erbil and Sulaimaniya, said Iraq’s state news agency.

At least 10 bases used by Iranian Kurds were reportedly targeted.

The US military said it had shot down one drone heading to Erbil because it was a threat to American personnel in the region.

“No US forces were wounded or killed as a result of the strikes and there is no damage to US equipment,” it said in a statement.

Mayor of the Kurdish city of Koye, Tariq Haidari, said a pregnant woman was among two people killed there, and that 12 were injured – some critically. 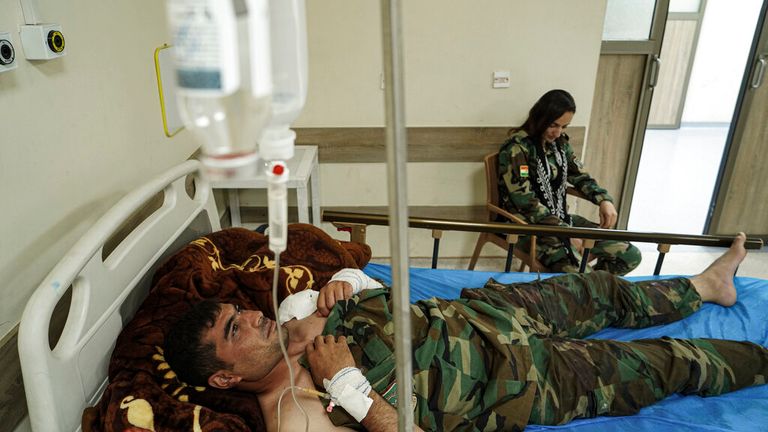 Image: A Kurdistan Freedom Party member in hospital after the attack. Pic: AP

Iran’s Revolutionary Guards said the operation would go on “until the threat is effectively repelled, terrorist group bases are dismantled, and the authorities of the Kurdish region assume their obligations and responsibilities”.

Iraq’s foreign ministry condemned the cross-border attack and said it would summon the Iranian ambassador.

Protests have spread across Iran since an Iranian Kurdish woman, Mahsa Amini, died after being detained by morality police for allegedly wearing her hijab too loosely.

Outcry over the 22-year-old’s death has sparked some of the most serious protests for years, with dozens of people killed as authorities try to snuff out the dissent.