There’s nothing more pleasurable than eating dessert in New Orleans. After eating beignets, cakes, pies and even more sweet treats, we share our picks for the best New Orleans desserts. We show you where to eat them too! 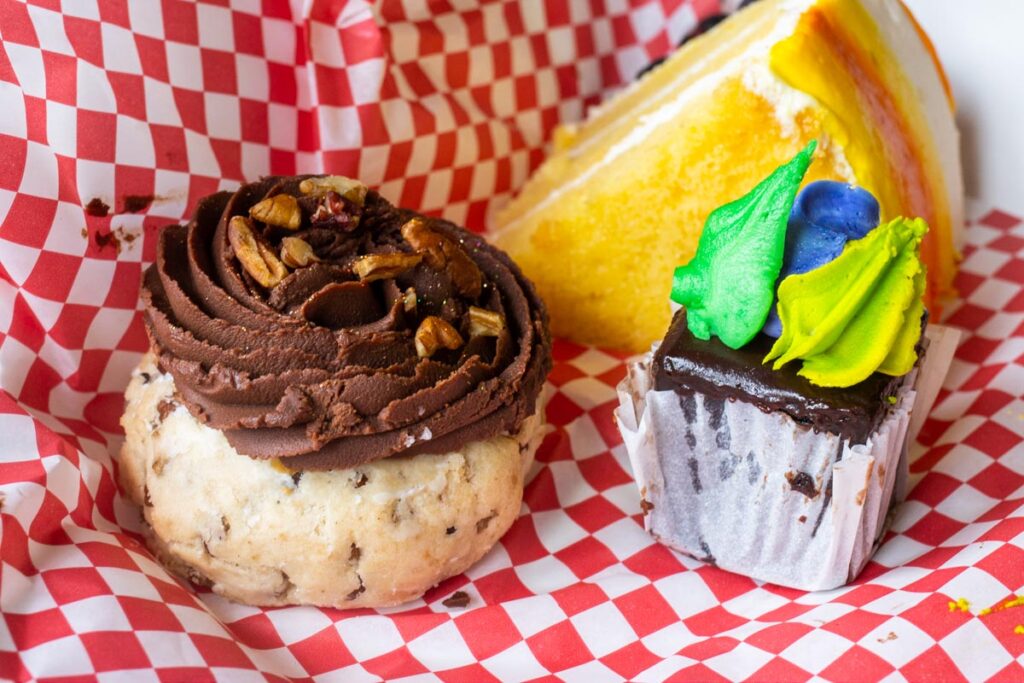 Desserts in New Orleans are divine.

This is a city where New Orleanians apply butter and sugar with no fear, often combining the two with reckless abandon using flames, molten caramel mixtures and deep fryers. Yes, New Orleans is a city where the concept of “more is more” is a real thing. 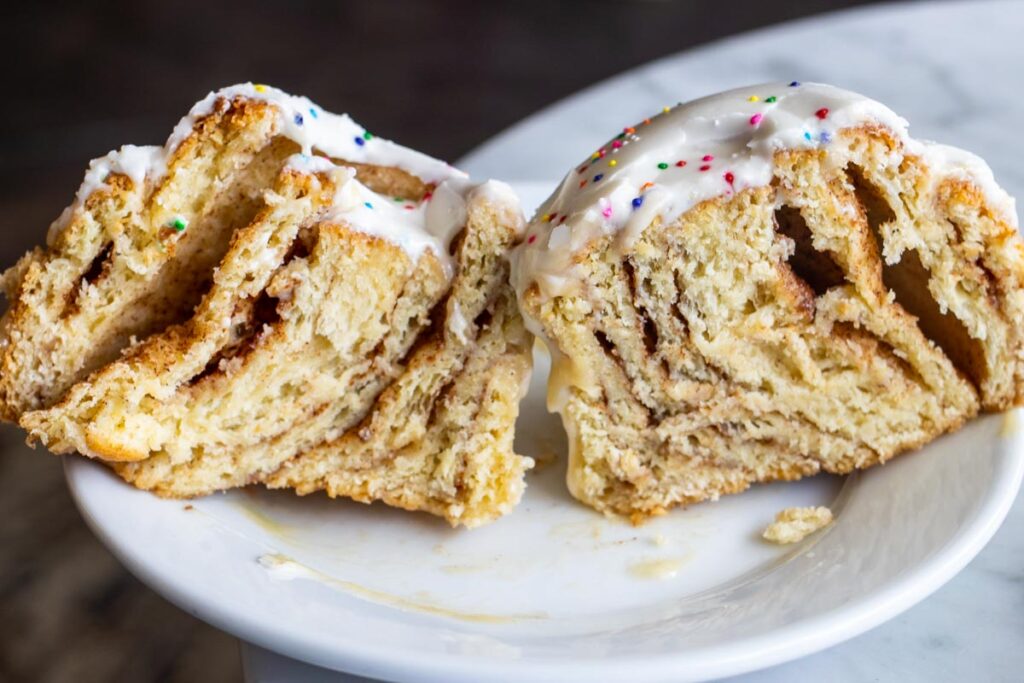 Eating a plain Cinnamon Bun would be enough in most cities but not New Orleans. We ate this one topped with vanilla glaze and colorful sprinkles at La Boulangerie on Magazine Street.

It’s also a city with a deep culinary history, melding French, Italian, Spanish and Creole influences, and an even deeper love for decadent flavors. Sauces are saucier here while spicy food can send your rooftop to the moon. As for New Orleans desserts, they’re often sweeter than France, more flamboyant than Italy and definitively more indulgent than the rest of the USA.

Our Picks for the Best New Orleans Desserts 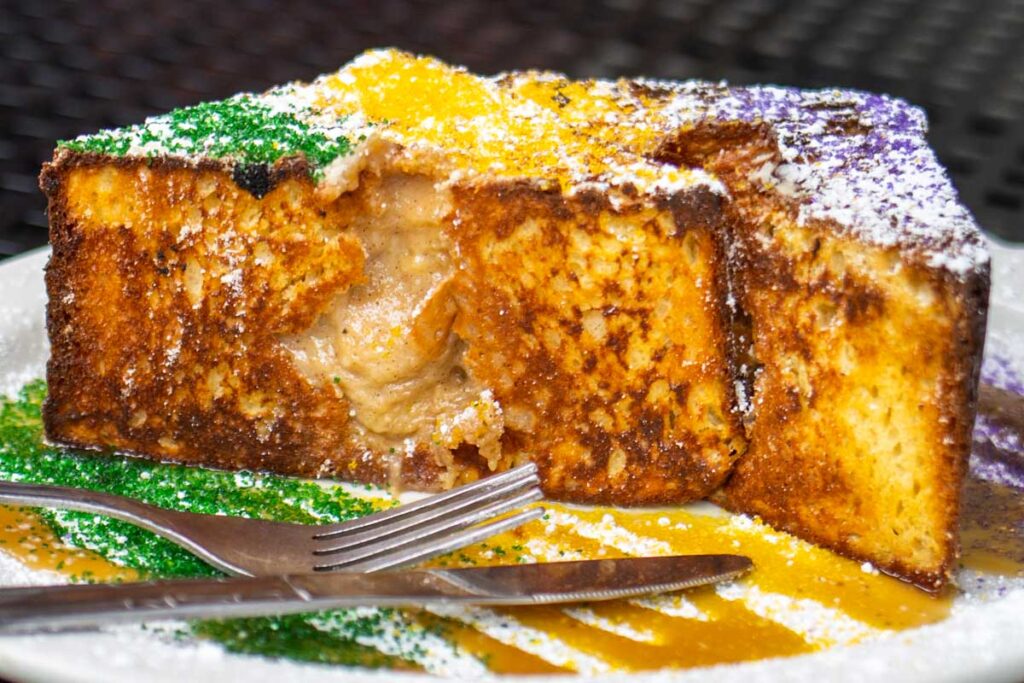 Some of the best New Orleans desserts aren’t technically desserts. While we ate this rich, sugar sprinkled King Cake French Toast for breakfast at French Toast in the French Quarter, it would be an ideal dessert after completing an all night bender.

We rarely say “no” to dessert in New Orleans.

We walk as much as possible to burn off the inevitable dessert calories when we’re in New Orleans – often more than 20,000 steps in a day. It’s a must if you plan to travel for food. 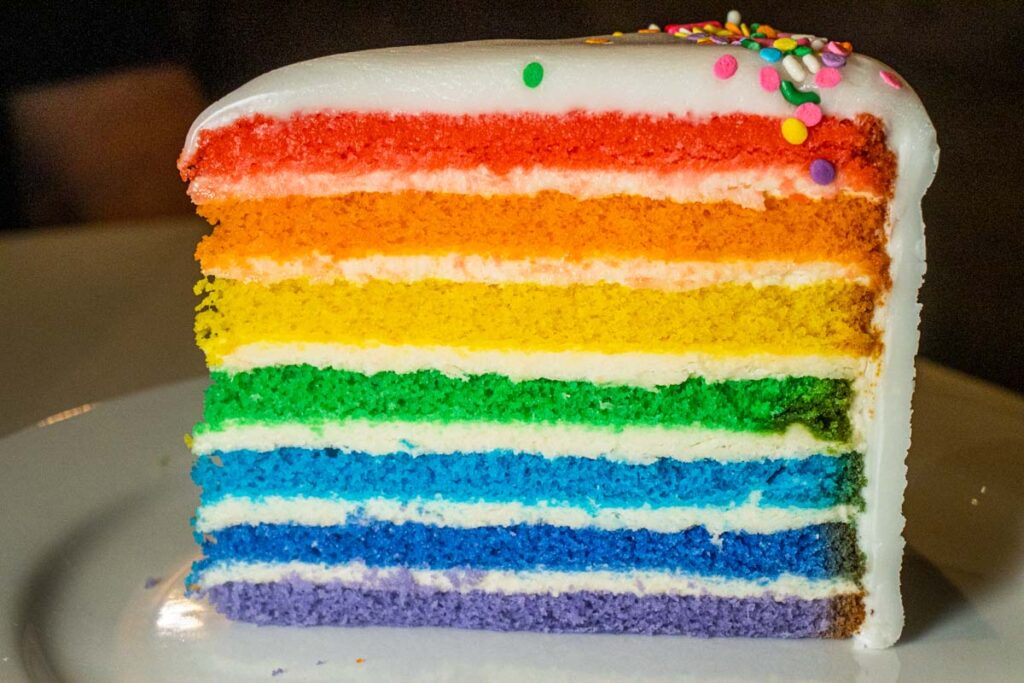 We ended a long day in New Orleans with this seven-layer Rainbow Surprise Wedding Cake at Bakery Bar. Technically a Doberge cake, it provided instant gratification and hours of rainbow dreams.

Desserts taste better in the Crescent City. You just have to know where to find the city’s best desserts.

After numerous trips to New Orleans that span more than a decade, we’re ready to share our favorite NOLA desserts. Many are iconic desserts that are unique to New Orleans and Louisiana while others are available beyond the Bayou.

Visit 2foodtrippers to discover our favorite New Orleans desserts as well as where to find them.

Join our email list and receive our free guide to eating like a local when you travel.