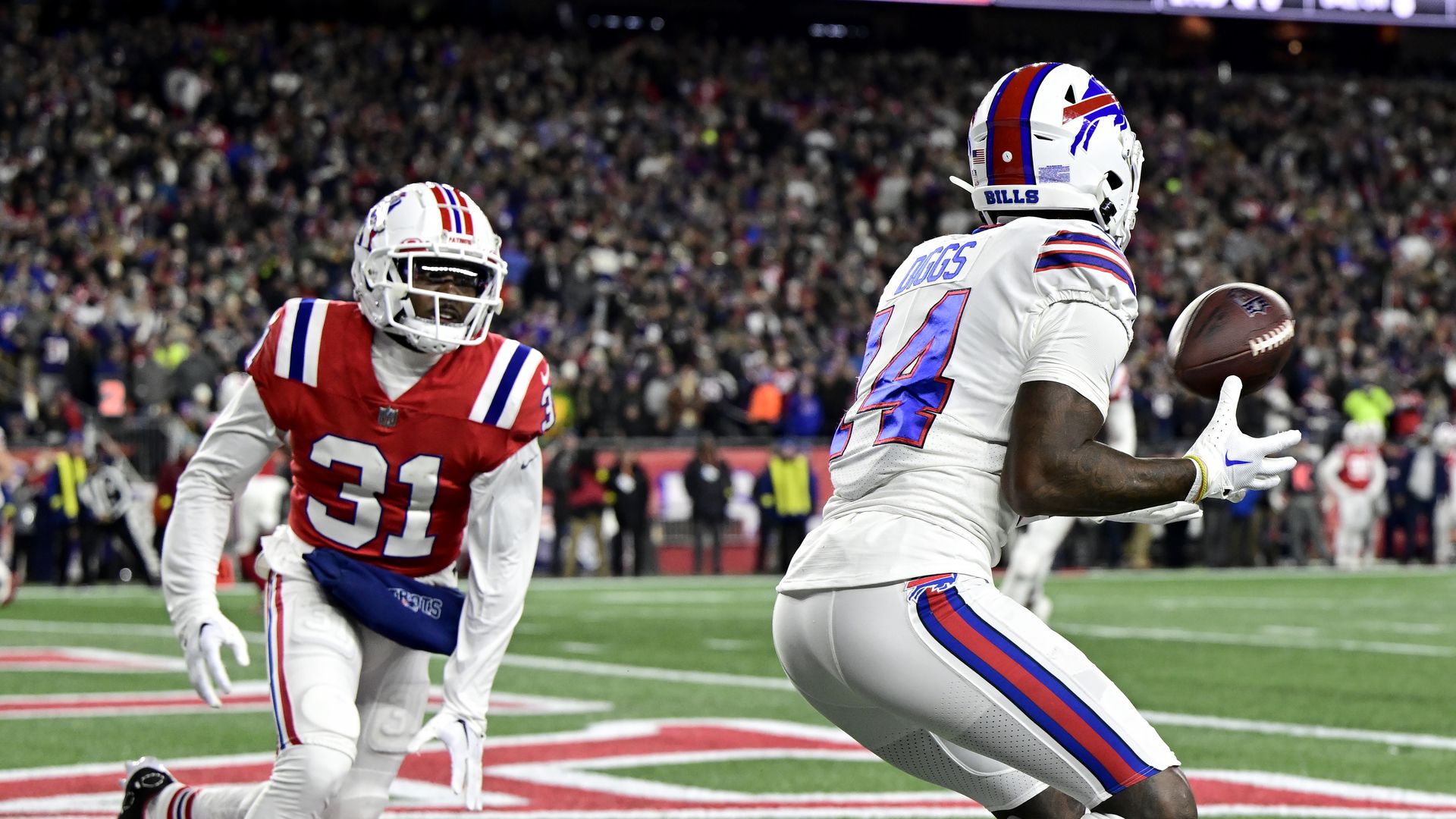 The New England Patriots (6-6) stood no chance Thursday night in a 24-10 defeat to the Buffalo Bills (9-3). Here’s who caught the eye for better, and for worse, from the loss.

Winner: CB Marcus Jones. Perhaps he shouldn’t be listed as a cornerback here, as Jones provided the lone spark for the Patriots offense Thursday night. After winning the Paul Hornung Award in 2021 as college football’s most versatile player, his offensive versatility was the last of his talents to be on display in New England. Jones took a quick screen pass from Mac Jones and took it 48 yards to the house, virutally untouched. It was New England’s lone score of the game.

JONES TO JONES FOR THE TD!

Loser: CB Jonathan Jones. It was a rough night for cornerback Jonathan Jones, primarily in coverage on Stefan Diggs. While Diggs is one of the toughest covers in the league, he beat Jones throughout the evening. Allen did not even look off Diggs on his first touchdown pass of the night, as Jones seemed to fall for the receivers’ eye games. He also seemed to be responsible for Gabe Davis’ touchdown, appearing to lose track of his receiver when Josh Allen extended the play.

Winner: LB Josh Uche. Uche continued his impressive year recording New England’s lone two sacks Thursday night. His second showcased his strength as a pass rusher as he quickly dipped under left tackle David Quessenberry, caught up to Josh Allen, and forced a fumble which Matthew Judon recovered. The former Wolverine seems to be finally putting it all together and now has seven sacks in his last five games.

FORCED FUMBLE! The @Patriots are back on offense!#BUFvsNE on Prime Video

Loser: Coaching staff. Alright, let’s talk about. First things first, Buffalo is clearly more talented team than New England. But, the Patriots’ coaching staff did nothing to help them tonight. The Patriots struggled to push the ball downfield as the game plan seemed to revolve around the quick game. The passing concepts continue to be suspect, as well as the decision making. After Uche’s strip sack, New England seemed to be in a prime spot to score before the half — in what was still a competitive game — but were forced to burn their timeouts after a second-down run for no yards and quarterback sneak on third-and-one. Mac Jones was upset on the sidelines and several of the offensive skill players were frustrated in the locker room — Kendrick Bourne even straight up saying they need to “scheme up better.” Penalties also continued to plague New England’s offense.

Honorable mentions: Same story for Rhamondre Stevenson this week, doing everything in his power to carry a lifeless offense. He recorded 16 total touches for 78 combined yards and had a few of his jaw dropping runs through contact in the process (shoutout Cole Strange for an assist on one of the runs).

With Buffalo relying on the run game, Davon Godchaux appeared to make things difficult for them up the middle for most of the night. He finished with a team-high 10 tackles and also recorded a QB hit.

Cornerback Jack Jones had some struggles in coverage as well. He was flagged with a 22-yard pass interference penalty and got beat for a long touchdown that was wiped out due to a holding penalty along the line of scrimmage.

In the special teams department, Nick Folk missed a 48-yard field goal to the closed side of the stadium short. Even his make from 39 yards out seemed to lack power. Brenden Schooler on the other hand continues to shine with a strong tackle in kick coverage in the first quarter and additionally downing a punt at the Buffalo six-yard line.