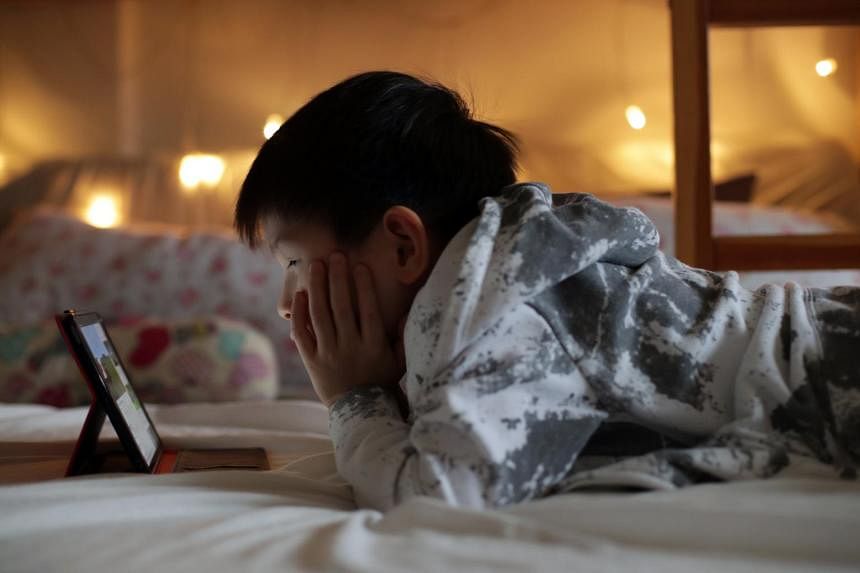 SINGAPORE – While young people in Singapore are spending more time online due to the Covid-19 pandemic, three in 10 parents did not feel their children are well-informed about online safety issues, a survey has found.

But seven in 10 parents have had a conversation with their children on online safety.

These were among the findings of a survey designed by Google, which it shared during its workshop on children’s online safety on Saturday.

The survey was conducted by research firm Qualtrics in February.

It involved 4,500 parents with children between five and 17 in Australia, Indonesia, India, the Philippines, Thailand, Vietnam, Singapore, Malaysia and Japan. About 500 respondents were from Singapore.

The survey found that more than three in five parents here have allowed their children to have increased screen time since the pandemic for a variety of reasons, such as remote learning and entertainment.

About a third of them also said their children spent an average of between three and six hours online per day.

The top three concerns the respondents in Singapore had for their children’s online safety were the risk of online grooming, privacy and security, and cyber bullying.

More than four in five parents were confident their children would go to them with any problem online. But less than a third proactively looked for information about the topic.

Respondents also found it challenging to find age-appropriate and easy-to-understand examples of online safety, as well as the tools to monitor or control their child’s online usage.

Online safety for children is one of several topics that Google is focusing on as it deepens its commitment to Singapore.

In August, the tech giant pledged to train 50,000 parents and children in online safety in the next 12 months.

It will be sharing its resources with educators from its Be Internet Awesome curriculum, which teaches children about online safety.

So far, the installation has visited CHIJ (Katong) Primary and West Grove Primary.

Saturday’s workshop, which was held at Google’s office in Pasir Panjang, was attended by 35 parents and children.

It included a discussion on best practices to ensure children’s online safety, involving panellists such as Associate Professor Elmie Nekmat from the Department of Communications and New Media at the National University of Singapore.

The event follows the Ministry of Communications and Information’s (MCI) public consultation exercise over its proposed measures to enhance online safety for social media users here, especially the young.

Views from over 600 respondents, including the public as well as community and indu stry groups, were received.

Shenzhou-14: The most important crewed mission for Tiangong construction

Top 8 Ways to Fix Instagram Calls Not Working on Android

Don't Let This One Setting Ruin Your New TV's Picture

Marvel fans are understandably excited about seeing Kang the Conquerer (Jonathan Majors) for the first time since the Loki season 1 finale in Ant-Man and the Wasp: Quantumania, but he won’t be the only villain present in the upcoming sequel. In fact, we will meet a number of characters we ...

The North Korean ‘Lazarus’ hacking group is linked to a new attack spreading fake cryptocurrency apps under the made-up brand, “BloxHolder,” to install the AppleJeus malware for initial access to networks and steal crypto assets. According to a joint FBI and CISA report from February 2021, AppleJeus has been ...

How to Create and Join Amazon Prime Video Watch Party

With the global streaming market booming, it is no surprise that streaming apps have introduced features to take this experience to the next level. While hosting and joining Watch Parties is becoming more common, unlike Amazon Prime Video, not many streaming platforms provide in-built support for it. So let’s have ...

Advanced “Lab on a Chip” – Scientists Have Created a Powerful, Ultra-Tiny Spectrometer

A picture of the spectrometer on a chip. Credit: Oregon State The tool opens the door to the widespread use of portable spectrometers. Researchers in the field of optical spectrometry have created a better instrument for measuring light. This advancement could improve everything from smartphone cameras to environmental monitoring. ...

ETtech Representative image SAO PAULO – Twitter owner Elon Musk said on Saturday he thought it was “possible” that personnel at the social media firm gave preference to left-wing candidates during Brazil’s election this year, without providing evidence.Musk completed his acquisition of Twitter on Oct. 27, just days before Brazil’s ...

Northrop Grumman finally unveiled the highly anticipated B-21 Raider on Friday, Dec. 2. This adds to the US Air Force’s nuclear triad to handle some of its most challenging military tasks. The B-21 Raider is named in honor of the Dolittle Raiders of World War 2. By 2050, it will ...

The Motorola Edge 30 Fusion originally launched in the first week of September this year. The launch was meant for global world including the United States market. Motorola has ones again planned to relaunch the Edge 30 Fusion smartphone. This time around, the device will launch in a very unique ...


View more: Motorola Edge 30 Fusion Launches In The US With The Most Unique Color Ever

4 Best Closet Door Light Switches That You Can Buy

When Is It Time to Upgrade Your Smartphone?

Train to become a cyber security professional for just $59

How to Create and Use Custom Table Templates in Microsoft Word

Top 8 Ways to Fix Safari Not Downloading Files on iPhone

The Best Gifts for Avid Readers and Bookworms

How to Use the Same WhatsApp Account on Two Phones Officially

Android TV 13: An Update to Look Forward To?

Hackers may be after your highly-ranked video game account

Top 5 upgrades that Google is bringing to Android this Christmas

Huawei Teases Watch Buds, A Smartwatch That Can Charge Earbuds

Elon Musk makes a tough move to pull back advertisers

Redmi 11A handset certified by IMDA in Singapore

This AI chatbot is blowing people’s minds. It thinks out of the box, comes up with detailed answers

Why Developers Should Let oneAPI ‘Dramatically Simplify’ Their Work

New Cambridge Research Could Improve the Performance of EV Batteries

How PepsiCo is transforming for the digital era

Meta Quest Pro’s First Update for the VR Headset is Here, What are its Features?

India is a part of me, I carry it with me wherever I go: Sundar Pichai on receiving Padma Bhushan