The Supreme Court's decision to overturn Roe v. Wade and allow states to decide their own stances on abortion access has led 16 states to cease nearly all services. An economic fallout may come next.

Abortion rights advocates have said that the lack of access to reproductive care can lead to poverty or debt and pregnancy can be expensive, according to data from the Centers for Disease Control and Prevention. Abortion restrictions also disproportionately affect women of color, according to research conducted by The Institute For Policy Women's Research. That study also declared that “currently employed women aged 15 to 44 would gain $101.8 billion in higher earnings annually if all state-level abortion restrictions were eliminated.

Stanford economist Mark Duggan described two ways that states which have restricted abortion access may feel a negative impact from this decision in a phone call with ABC News. One way is by the direct impact of unintended pregnancies.

Studies, such as one from the National Library of Science, have concluded that women who were denied abortions may face economic hardship that lasts for years. Another study from the U.S. Department of Agriculture calculated that raising a child costs a quarter million dollars, a price tag that can bankrupt people if they are not prepared. Finally, one of the leading studies – The Turnaway Study – found that “being denied an abortion results in worse financial, health and family outcomes.”

“It may really disrupt their economic trajectory in a gigantic way,” Duggan said of people who are turned away from abortion care.

However, there is disagreement with the previously stated studies. Ahead of the Dobbs v. Jackson case that overturned Roe, 240 women published an amicus brief to discredit the negative economic impacts associated with abortion restrictions that many studies have found. The amicus rejected the Turnaway Study and other studies due to bias and scientific flaws and noted that the Turnaway Study and several others are funded in full or in part by pro-choice groups. 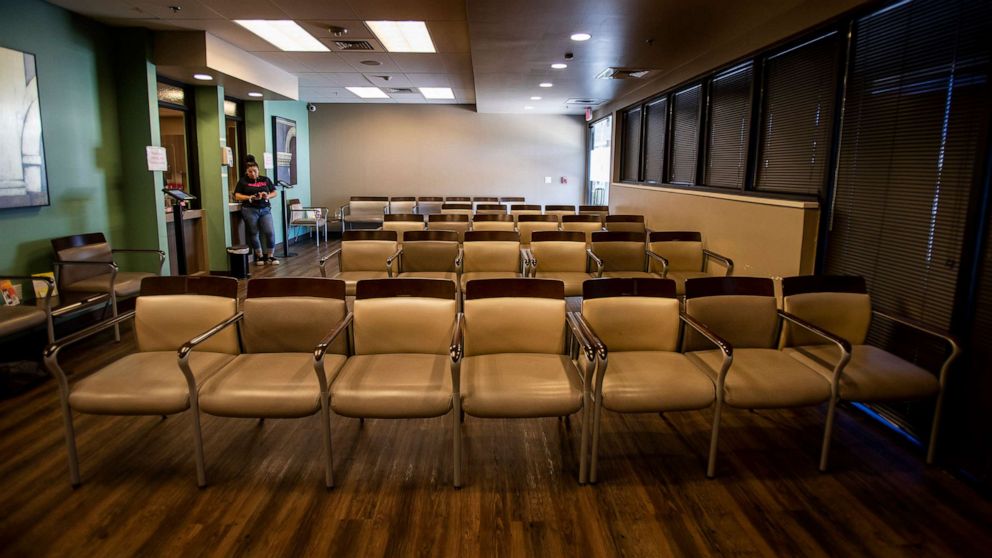 The Departure of Businesses

The second economic impact that reducing abortions may have on a state is less direct and revolves around businesses potentially becoming less motivated to expand and grow in places where their female employees cannot receive abortion care.

Duggan believes these new restrictions are “going to create a headwind in some states with the most restrictive [abortion] policies economically.”

The economic fallout of abortion restrictions may be compounded by the fact that many of the states that have taken the strictest stance are also the poorest states by many leading metrics. As of this week, Kentucky, Louisiana, South Dakota, Texas, Mississippi, Alabama, Arkansas, Oklahoma and Missouri have what is known as an abortion ban – where abortions are prohibited outside of rare circumstances like potential death to the mother. Of these nine states, six of them are in the top ten for the highest poverty rate among all states. Five out of the nine are in the top ten lowest for rates of higher education attainment. Five of the states make up the top five in teen birth rates with seven of the nine in the top ten. These factors are strains on a state's economy through lowering taxable incomes and increasing welfare budgets.

The extent to which abortion rights will factor into companies' decision-making is not clear. Brigham Young University economics professor Mark Showalter emphasized that businesses are focused on profit margins above all else.

“If they have to choose between abortion-restrictive Texas where the business climate is friendlier than abortion-unrestrictive, but business-unfriendly California, it's not obvious what firms will do,” Showalter wrote in an email to ABC News.

ABC News reached out to all nine states to ask if they are worried about further widening the gap between them and the rest of the country by enacting potentially costly legislation. Texas was the only state that responded.

“The Texas economy is booming,” Gov. Greg Abbott's press secretary Renae Eze said. “Businesses are relocating to and investing in the Lone Star State at a record pace because we've built a framework that allows free enterprise to flourish and hardworking Texans to prosper.”

Texas is an outlier among the other eight states as its wealth takes itself out of most of the above rankings. The Lone Star State has experienced economic success and an influx of businesses moving there to avoid the high costs of states like California. However, the concern for Texas and the other states is not their current status but rather whether the decision to restrict abortions will be costly down the road.

Peter Bahouth in his treehouse Airbnb. Peter Bahouth Peter Bahouth built treehouses on his property in Atlanta, Georgia, 24 years ago. He started renting the unique home on Airbnb and now has guests booked two years in advance. The Airbnb has become so popular that Bahouth was able leave ...


View more: I built a treehouse for fun and it now books 2 years out on Airbnb. Here's how I set up the $389-a-night rental that made enough for me to quit my job.

If you’re flying out of George Bush Intercontinental anytime soon, officials say you’ll likely want to build in some extra time for the trip. Houston Airports issued a traffic alert this week regarding upcoming lane closures that will affect travelers making their way to and from the airport over the ...

A number of people are injured after a reported gas explosion in Ireland.

Long-term unemployment declined by 70,000 last month to about 1.1 million people, according to the September jobs report issued Friday. The long-term unemployed account for 18.5% of all jobless individuals, down sharply from the pandemic-era peak over 43% in March 2021. The labor market is cooling a bit but ...


View more: Long-Term Unemployment Dips by Another 70,000 People. Here's What That Means for Job Seekers

The midterm elections are exactly one month from tomorrow, and as American voters start making their decisions, the parties’ closing messages are taking shape. In fact, leading Republicans have narrowed their focus to a handful of oft-repeated lines of attack. The problem, of course, is the lines of attack are ...

Uvalde CISD officials said Friday they had suspended all of the district police department’s activities for an unspecified period of time.

Jon Kopaloff/Getty Images Since its debut seventeen years ago, “Grey’s Anatomy” has undergone many metamorphoses due to an ever-changing cast. We followed the lives of the original interns: Meredith (Ellen Pompeo), Cristina (Sandra Oh), Izzie (Katherine Heigl), Alex (Justin Chambers), and George (T.R. Knight), through their romantic entanglements, disagreements, ...