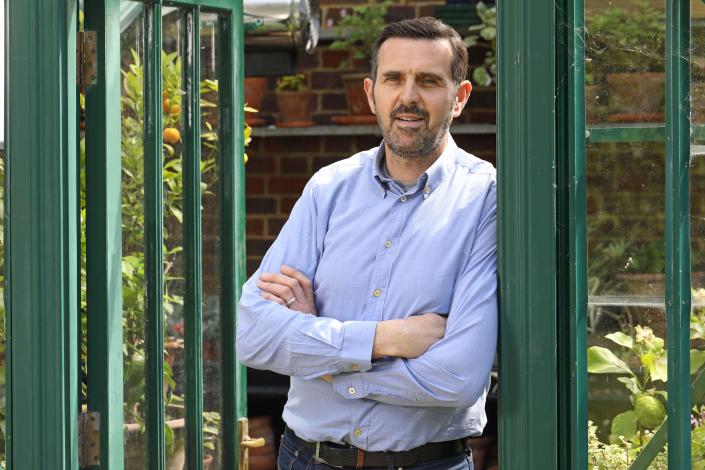 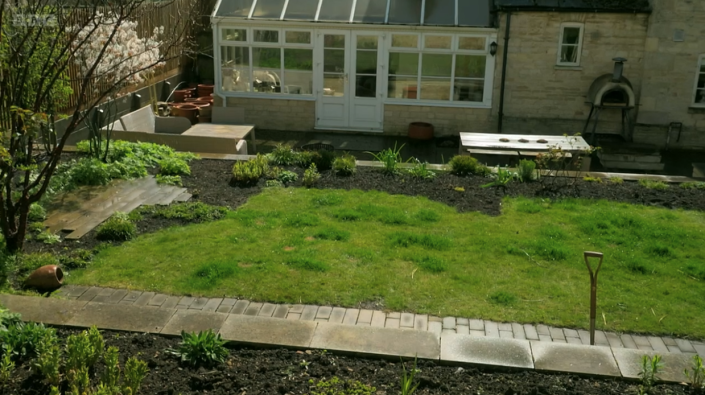 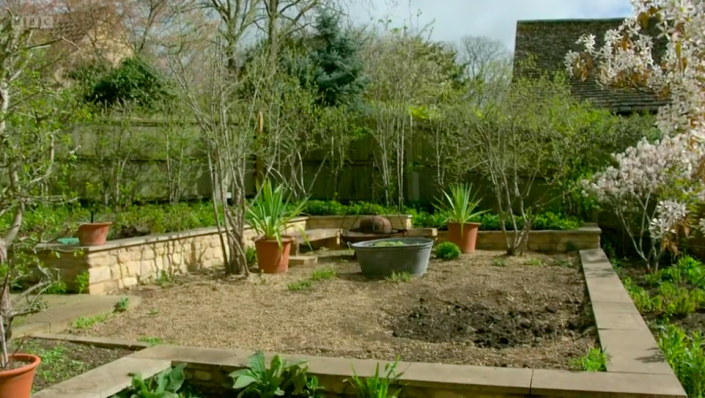 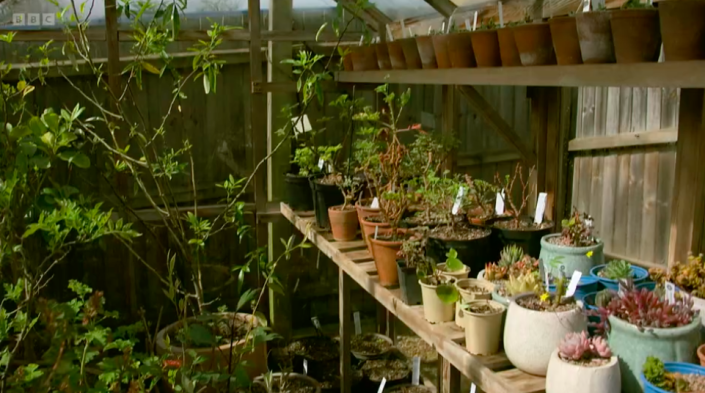 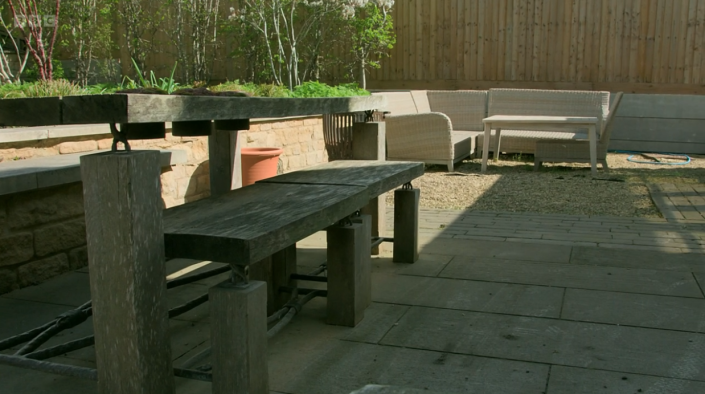 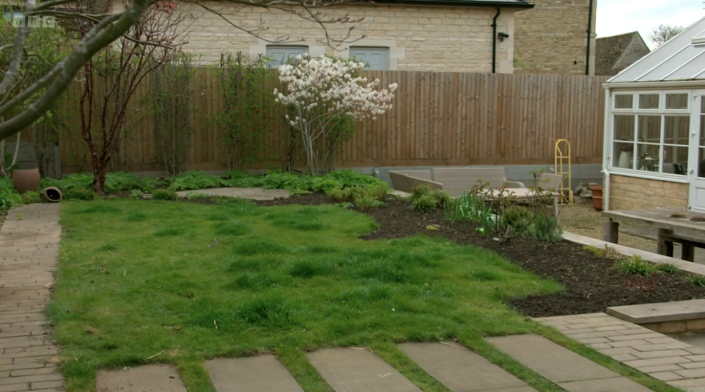 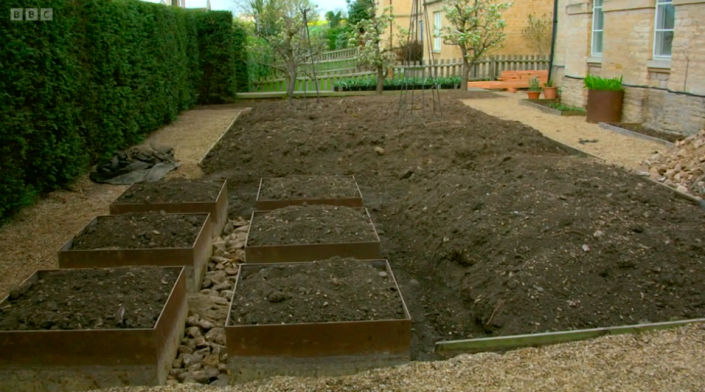 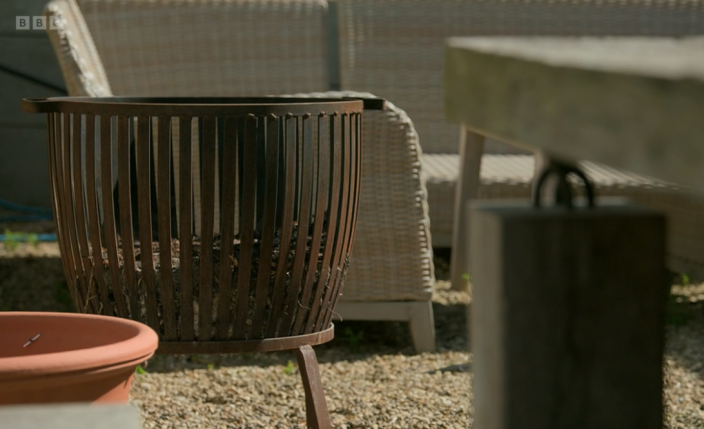 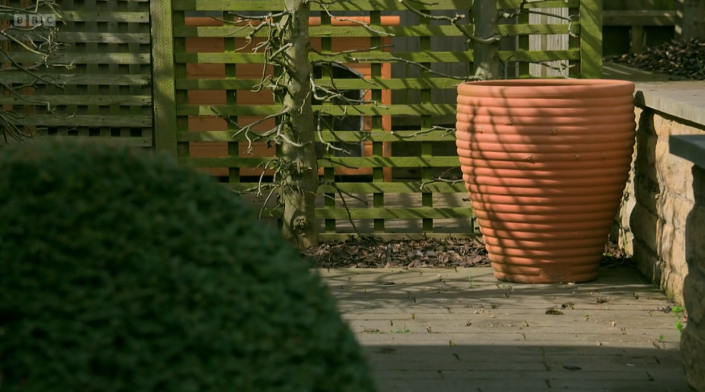 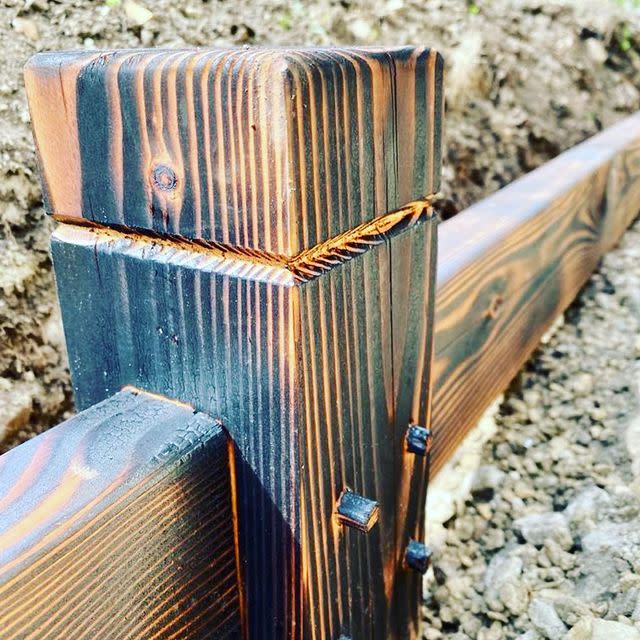 Adam Frost has teased his new “scaled back” garden, after revealing to fans on Gardeners’ World that he had recently moved house.

The Chelsea Flower Show garden designer was previously living at his sprawling Lincolnshire farmhouse, but said he moved to “slow down” and spend more time with his family. While Adam’s new garden is smaller than his previous three-acre outdoor space, it’s still remarkably impressive. Features so far include a greenhouse, vegetable patch, stepping stones, fire pit, and pretty lawn area.

“It is only early days in this garden, but as you can imagine my head is buzzing with ideas,” Adam told Gardeners’ World viewers. “I’ve started my veg garden and I think the first thing I want to do over the next couple of months is go and visit other veg gardens to get some inspiration. Here, it’s just about slowing down, seeing what comes out of the ground and then we can work out how to move forward.”

Looking for some gardening ideas? Take a peek around Adam’s space below…

Gardeners' World presenter Adam Frost gave fans a peak around his new small, scaled back garden, after revealing he had moved house and downsized.

'We all need Big Bird more than ever these days': How 'Sesame Street' is supporting kids in the wake of another school shooting

I Got “Effortless” Bangs — But I Have A Few Regrets

There’s a Cinderella-esque French chateau up for sale at £1.9million

Texas shooting: Madonna urges US to 'wake up' to gun control in hard-hitting video

Meet the mum who loved breastfeeding her five-year-old daughter

4 ways to climb out of debt and build a financial foundation: 'It feels impossible to catch up'

Pump Up Your Triceps With This Simple Dumbbell Finisher

How to match cider with your meal – tips from a pommelier

Tube dust ‘could cause serious illness in TfL staff and passengers’

Close up of Fake Nails, Acrylic Nails, Gel nails on a woman’s hand in neon colours Image Source: Getty / mikroman6 No beauty category has undergone quite as epic of a rebrand as press-on nails. In the early aughts, they had a reputation of being cheap and childish, with ...


View more: This Viral TikTok Video Will Make You Want to Gel Cure Your Press-On Nails

Dame Deborah James on her new fashion collection: ‘I didn’t intend to die before it was released’

Dame Deborah James on her new fashion collection: ‘I’m gutted I can’t wear it’ – Courtesy of Deborah James Dame Deborah James inspires a range of feelings in anyone who comes across her story: admiration first and foremost, combined with sadness for her family and a determination to understand ...


View more: Dame Deborah James on her new fashion collection: ‘I didn’t intend to die before it was released’

Dua Lipa wore the ultimate Canadian tuxedo with a high-fashion twist. (Images via Instagram/DuaLipa) Dua Lipa added a high fashion twist to her latest denim ensemble. On Wednesday, the 26-year-old “Levitating” singer took to Instagram to share backstage photos before her concert in Milan, Italy. In the photos, Lipa ...

Kourtney Kardashian's bizarre 'treatments' to get pregnant: What is a vaginal steam?


View more: Kourtney Kardashian's bizarre 'treatments' to get pregnant: What is a vaginal steam?

Jenny Powell's beach confidence: 'Will I be wearing a bikini in my 70s? Hell yeah!'

‘I’m accepting of myself and I’m going to embrace my moments of feeling great and people can take it or leave it,’ says Jenny Powell. (Getty Images) Jenny Powell has no hesitations that she’ll still be (confidently) wearing a bikini in her 70s despite whether society ‘allows’ her to ...


View more: Jenny Powell's beach confidence: 'Will I be wearing a bikini in my 70s? Hell yeah!'

Astons Specialities, Singapore's popular casual steakhouse, finally launched its first store in the Philippines. Located at 4th floor, The Mega Atrium in SM Megamall, the well-established restaurant chain is renowned for its value-for-money steaks and homely western cuisine. According to Joyce Balbuena, president of Silver Lush Food Corporation, plans in ...

Experience a vacation within own condo at SMDC Wind Residences and enjoy the country club amenities. Fun, food and entertainment highlight the “Chill at Wind” festival at The Strip at SMDC's Wind Residences, Tagaytay City. Organized by SMDC Commercial Properties, the Chill at Wind festival was a series of ...

Remote work has not delivered the climate benefits some firms expected. Here’s why

Tech and financial companies leading efforts to cut climate changing emissions are finding a new challenge from remote work: the CO2 spewing out of home offices. A few companies have begun counting what happens when employees boot up computers at home, turn up gas furnaces and ignore the world’s most ...


View more: Remote work has not delivered the climate benefits some firms expected. Here’s why

These are the best questions to ask while speed dating, according to an expert

Bella Hadid Wore a Nude Corset Dress With a High Leg Slit on Her Balcony in Cannes, Because, Why Not?

When does the May 2022 Mercury Retrograde end?

How to Vet Beauty Brands in 2022, According to Estée Laundry

Here's why people are connecting the Texas school shooting, the baby formula shortage and the fight over abortion rights

Whitby Abbey breaks record of most people dressed as vampires

Sandy Hook Promise, Everytown and more: Here's how to help victims of the Texas school shooting

Buds on a budget: Our roundup of the best cheap wireless in-ear headphones, from $16

Should I switch energy provider? How to save money on bills as price cap set to soar

Man buys a £12,500 realistic dog costume so he can live as a collie

Metro.co.uk Lifeline: ‘My son was a bright, shining light. I’d assumed our bond would keep him safe’

Inseparable shelter chihuahuas get married in an adorable ceremony

Where is the male body positivity movement?

You could get paid £61,000 a year to move to a remote island and teach four pupils

‘I feel like me’: Woman makes a a living dressing as a medieval queen on TikTok

Are you breathing all wrong? Here’s how to do it better

Cue the nostalgia, Tammy Girl is back and is available on ASOS

Everything you need to know about dating a Gemini

Struggling musician covers himself in an incredible zebra tan

As A Lesbian, Straight Power Dynamics In Sex Confused Me — Until Now

From Elizabeefan burgers to royal tipples, the best Jubilee menus out now

What to do when you're feeling 'helpless' after another school shooting, according to experts

Teachers across U.S. say they're 'paralyzed' by fear after Texas school shooting

Tube strike dates: When the Platinum Jubilee London Underground walkout starts and ends, and what it’s about

No action taken against Victorian mental health services despite more than 12,000 complaints

William and Kate brave the rain at palace garden party