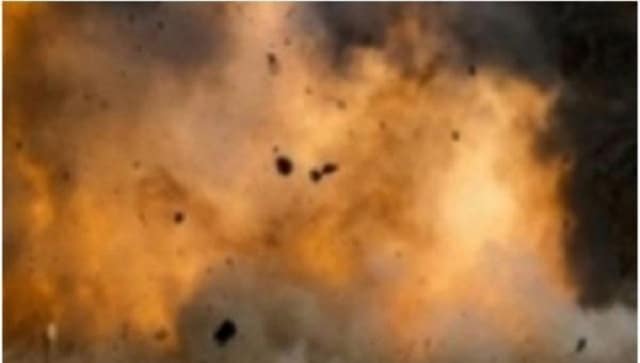 Kabul: An explosion at a mosque in the north of the Afghan capital of Kabul killed 20 people and injured 40 more, media reports said. The blast reportedly took place in a mosque in the Khair Khana area during evening prayers.

“As a result of an explosion in a mosque north of Kabul, 20 people were killed and another 40 were injured,” an Afghan security source told Qatari broadcaster Al Jazeera on Wednesday.

The Taliban claim they have full control of Afghanistan, but the Islamic State continues carrying out attacks on civilians and police across the country.

The Taliban has not issued any statement on casualties, according to the Afghan news agency. No terrorist group has claimed responsibility for the blast so far.

Among the dead is a top Islamic cleric named Amir Mohammad Kabuli.

Two weeks ago, two deadly blasts in Kabul took the lives of 10 people, injuring 40 others. The Islamic State claimed responsibility for both attacks.

This blast comes on the heels of one year of Taliban rule in Afghanistan. Rights groups said the Taliban have broken multiple pledges to respect human rights and women’s rights.

After capturing Kabul in August last year, the Islamic authorities have imposed severe restrictions on women’s and girls’ rights, suppressed the media, and arbitrarily detained, tortured, and summarily executed critics and perceived opponents, among other abuses.

Teenage schoolgirls are joining women-led protests in Iran over the country’s Islamic dress code in what’s emerging as one of the largest feminist uprisings in the history of the modern Middle East. The demonstrations were triggered by the death of Mahsa Amini, a 22-year-old woman who collapsed into a coma ...

Speaker Nancy Pelosi is one of the richest members of Congress. AP House Speaker Nancy Pelosi’s net worth has ballooned since the 2008 financial crisis — with the help of her husband’s lucrative stock trades, a report said. Pelosi — who recently backed a ban on trading for lawmakers ...