PINAR DEL RÍO, Cuba — Brigades of electrical workers are focusing on restoring electricity to the western region of Cuba, where Hurricane Ian made landfall Tuesday, leaving the entire country without power.

The hurricane prompted the evacuation of tens of thousands of people, many of whom huddled in shelters as winds of up to 129 mph ripped trees from their roots and knocked transformers off power lines, damaging the country’s already vulnerable power grid.

At least two hurricane-related deaths have been reported as of Wednesday. One woman died after a wall fell on her and another was killed by a collapsed roof.

Two large power plants, Felton and Nuevitas, were reactivated and by Wednesday morning, parts of Havana, Cienfuegos, Granma, Santiago de Cuba and some customers in eight other cities had their electricity restored, according to the Electric Union of Cuba at the Ministry of Energy and Mines.

Crews were working to bring power back to the Pinar del Río province, where the eye of the Category 3 storm entered Cuba, and the municipality of Artemisa, where Ian’s gusty winds knocked power out.

“It’s been intense,” said Humberto, 72, a resident of Guanajay, a town in Artemisa, speaking in Spanish to NBC News. He considers Ian to be the worst hurricane he’s ever experienced, describing having to move his bed away from the window as rainwater seeped into his room.

Without electricity and using an oil lamp and candles, he was trying not to open the refrigerator too much to avoid food spoilage. He had enough food, he said, to last him three days.

On Wednesday, residents of Artemisa and other ravaged towns were cleaning up the debris, emerging from their homes after enduring Ian’s wrath for nearly seven hours.

Cuba’s civil defense, the agency in charge of responding to emergencies, told NBC News citizens had been coming out to help officials remove debris from the streets.

In Pinar del Río, a region known for its agriculture and a source of produce for much of Cuba, crops such as rice, yucca and beans were lost. While officials are still assessing damages, they expect big losses.

The region is also know for growing tobacco used for Cuban cigars. Finca Robaina, one of the most prestigious tobacco farms in Cuba, experienced great devastation, according to its owner.

“It was apocalyptic, a real disaster,” Hirochi Robaina wrote in a Facebook post alongside images of the damages. 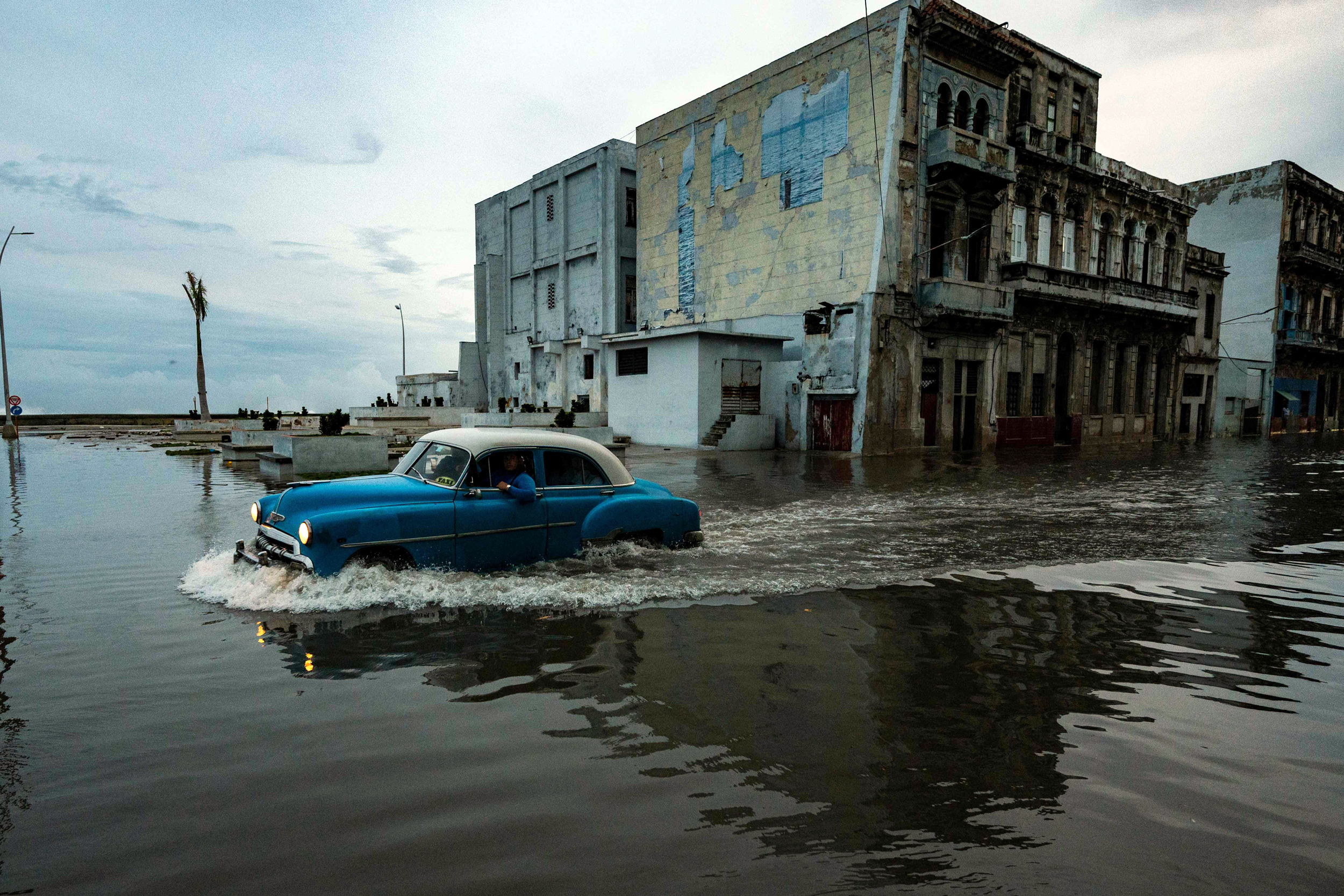 Cuban President Miguel Díaz-Canel said damages in Pinar del Río “are great, although it has not yet been possible to account for it.”

Díaz-Canel has received phone calls from Venezuelan President Nicolás Maduro and Mexican President Andrés Manuel López Obrador “concerned about the situation in the country after #HurricaneIan and ready to help,” he tweeted.

Hurricane winds bent countless pieces of metals used as roofs all over Cuba, particularly in Pinar del Río. Residents there said that many of those crumbled up pieces of metal will likely be bent back into place and reused as roofs, because of the limited availability of supplies in the country.

As Cuban officials continue to assess the damages of Hurricane Ian, Humberto leaned into the large baby Jesus figure in his apartment, saying he is the one “who protects us.”

This article was originally published on NBCNews.com

REVEALED: Woke Manhattan DA Alvin Bragg has downgraded over HALF of felony cases to misdemeanors as criminals are free to roam streets of the Big Apple

How to use QuickTime Player in macOS Ventura

Cyber Monday deal: get this 16-inch MacBook Pro for just $1,999 from Amazon

A $1,000 Investment In Apple Just After Thanksgiving Could Be Worth This Much By The End Of The Year

Apple revolutionised smartwatch. Then came the budget wave and more—AmazFit, Fitbit to Samsung

SHOPPING: Products featured in this article are independently selected by our shopping writers. If you make a purchase using links on this page, MailOnline will earn an affiliate commission.  Calling all tech-lovers! Apple’s second-generation noise-cancelling earbuds have been reduced to their lowest ever price. But hurry, this deal is sure to ...

Save up to $2,000 with Cyber Monday deals. AppleInsider may earn an affiliate commission on purchases made through links on our site. Cyber Monday is officially underway and hundreds of deals are in effect, often with limited availability. Shop the steepest discounts on MacBooks, desktop Macs, AirPods, iPads, Apple Watch, ...

(Bloomberg) — Turmoil at Apple Inc.’s key manufacturing hub of Zhengzhou is likely to result in a production shortfall of close to 6 million iPhone Pro units this year, according to a person familiar with assembly operations. Most Read from Bloomberg The situation remains fluid at the plant and the ...

Save on Roborock robot vacuums this Cyber Monday. AppleInsider may earn an affiliate commission on purchases made through links on our site. Roborock’s continuing the weekend’s sales with its Cyber Monday deals, with steep discounts available across its robot vacuum cleaner range. The holiday weekend sales are continuing, with Cyber ...

The best Live Activities in iOS 16.1

The “i” Icon on an Apple Watch: What It Is and How to Use It

Today in Apple history: Maps manager is navigated out of Apple

How to evolve Applin into Flapple in Pokémon Scarlet & Violet

How to evolve Applin into Appletun in Pokémon Scarlet & Violet

The Apple Watch Ultra and Galaxy Watch 5 are tough. But the Garmin Fenix 7 is tougher

Apple Watch Ultra has been tortured to check its durability