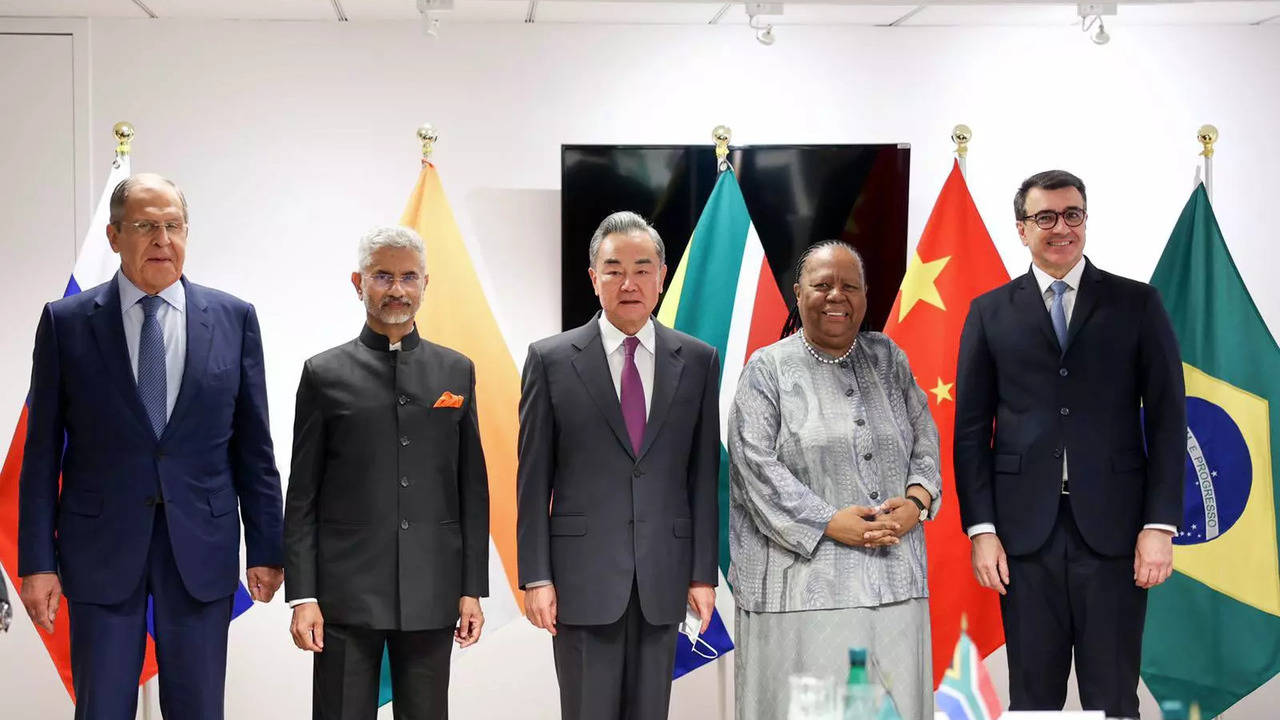 New York: After taking a veiled jibe at China for blocking blacklisting of Pakistan-based terrorists on many occasions, External Affairs Minister S Jaishankar met his Chinese counterpart Wang Yi at a BRICS ministerial meeting in New York on Thursday.

Brazil, Russia, India, China, and South Africa are the members of the BRICS.

Before attending the BRICS Summit, Jaishankar addressed the the 15-nation UN Security Council and, Jaishankar categorically stated that when it comes to sanctioning world’s most dreaded terrorists, impunity is being facilitated in UNSC.

The external affairs minister’s comments came days after China put a hold on a proposal moved at the United Nations by the US to designate Lashkar-e-Taiba terrorist Sajid Mir as a global terrorist.

Notably, Mir is wanted for his involvement in the 26/11 Mumbai terrorist attacks.

In the past, China has used its Vet power in the United Nations to block or hold bids by India, US and other western countries to blacklist Pakistan-based terrorists under the Security Council’s sanctions regime.

Court is not obliged to make preliminary inquiry on complaint: Supreme Court

Numerology Number 5 Predictions Today, September 26, 2022: Luck will be in favour!

Insomnia: Is your bedroom setting blameworthy for sleepless nights?

I felt bad when shooting of this series came to an end, says actor Prasanna Chennai, Sep 25 (IANS) Prasanna, who has wowed Tamil audiences with sterling performances in several critically acclaimed Tamil superhits, said that his role in his next project, an upcoming web series called ‘Mad Company’ ...

NASA successfully conducted a cryogenic tanking demonstration for its Artemis 1 mission on Wednesday (September 21) even though the demonstration was plagued by hydrogen leak issues. The space agency was initially planning to conduct the third launch attempt on September 27, but will now be standing down from launching on ...

PFI used Abu Dhabi restaurant as hub for hawala deals: ED NEW DELHI: The Popular Front of India (PFI) has thousands of active members in Gulf countries where it has raised substantial funds and is sending them to India through hawala transactions, the Enforcement Directorate has said. This is ...

Jupiter set to make its closest approach to Earth in 59 years on Monday: Know how to watch


View more: Jupiter set to make its closest approach to Earth in 59 years on Monday: Know how to watch

Navratri 2022: Do You Know Why Handful of Soil from Brothels is Used to Make the Idols of Goddess Durga?

Why experts believe that states promising to revert to old pension scheme is a bad idea?

Scientists Identify 'D Factor' As Driving Force Behind Dark Deeds Of Humans: What Is It?

After controversy erupts over Deepti Sharma's run out of Charlotte Dean, MCC sends message to non-strikers

Your queries: Loans – Credit card history is sufficient to give you a credit score

Man proposes to girlfriend after getting police to ‘arrest’ him. Watch video

Organisation wants meat-eating men 'banned from having sex'. Here's why

Salesforce India to hire 2,500 more employees over next 2 years: CEO

Two of family among four killed in road mishap

6 gangrape woman in front of her husband for over four hours in Jharkhand's Palamu, 2 arrested

Tools parents should know about to keep kids safe online

There was no need: Harbhajan expresses regret at infamous 'slapgate' incident with Sreesanth - watch

'There is no NDA now...': Opposition leaders call for formation of 'new alliance' at INLD rally in Haryana

This video of ducklings snuggling with a puppy is too cute to handle. Watch