Alaska experiences more earthquakes than any other state. And while many of the earthquakes shake unpopulated parts of the Last Frontier, a group of scientists is keeping tabs on the tremors.

Earthquakes in Alaska are part of everyday life due to the state being extremely seismically active.

So in 1987, the Alaska Earthquake Center was founded to monitor and research what happens when one of these events strikes.

FOX Weather’s Max Gorden visited the Alaska Earthquake Center in Fairbanks and was able to see an earthquake unfold right before his eyes.

Gorden watched as squiggles appeared on a screen.

And even though Ruppert said that nobody likely felt it, the earthquake registered as a magnitude 1.5 on the seismic sensors in south-central Alaska.

“It’s kind of halfway between Fairbanks and Anchorage,” Ruppert said.

Earthquakes are nothing new in the state. Scientists say that one happens about every 10 minutes in Alaska, and according to the USGS, Alaska is the site of the second-largest earthquake ever recorded. 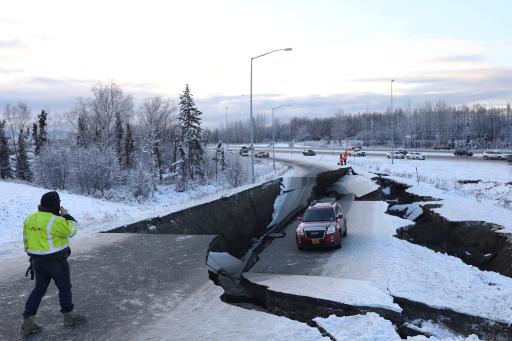 Alaska experiences more earthquakes than any other state in the US.

Ruppert says that Alaska has so many earthquakes because “It’s the largest state. And also, because we have many, many faults here.”

Fault lines are cracks in the earth where blocks of rock move past each other.

“All those interactions are continuously causing earthquakes,” Ruppert said. 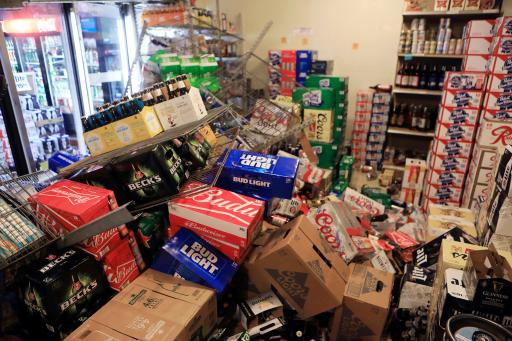 Scientists say an earthquake happens in Alaska once every ten minutes.

Probably the most well-known Alaskan earthquake was the Good Friday earthquake of 1964. It was a 9.2 tremor that killed 131 people.

Luckily, large earthquakes like the one in 1964 are relatively rare.

But big or small, the Alaska Earthquake Center is constantly monitoring the ground for movement with its series of sensors. 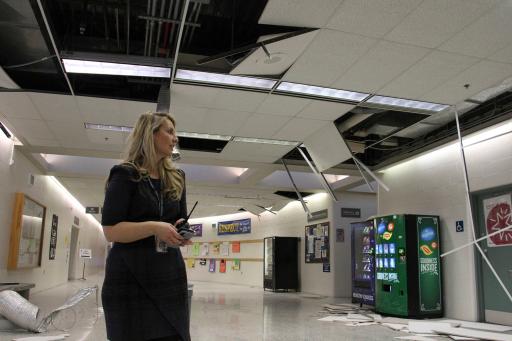 Alaska is the site of the second biggest earthquake on record.

“We get tweets and Facebook messages and things like that sometimes while it’s still shaking,” Lea Gardine, Seismologist and Communications Manager for the Alaska Earthquake Center, said.

They also fight misinformation about potential aftershocks or damage reports in the wake of an earthquake.

Meanwhile, scientists at the Alaska Earthquake Center say they hope to create an early warning system like the ones used in California, Oregon and Washington.

“In Alaska, we are still lacking as far as infrastructure development, but we are working towards that goal,” Ruppert said.

Because even though big shakers are rare here, those at the center will keep watching out for Alaskans.

“That’s the end goal. To save lives,” Ruppert said.

Overwatch Will Stop Selling Loot Boxes by End of August

The Fed targets 2% inflation based on a different index that is rising at a lower, but still high, rate of more than 6%. Slowing U.S. inflation may allow Federal Reserve policymakers to downshift their most aggressive round of monetary policy tightening in decades when they meet next month, ...

Photo: Bloomberg Copper prices jumped on Wednesday to the highest in over five weeks after data showed U.S. inflation was weaker than expected, stoking hopes that interest rate hikes would be less aggressive and easing fears of a recession. Three month copper on the London Metal Exchange gained 1.3% ...

Serena Williams A couple of days before Serena Williams claimed the 22nd of her 23 Grand Slam singles titles at Wimbledon in 2016, she was asked what she makes of it when people refer to her as one of history's greatest female athletes. Her reply: She prefers being characterised ...

There is rarely a dull moment in Indian politics. Nitish Kumar took oath as chief minister of Bihar for the eighth time on Wednesday, a day after resigning from the post. On Tuesday, Mr Kumar and his party, the Janata Dal (United) or JD(U), walked away from the National Democratic ...

The BBC have released a statement clarifying its controversial decision to axe the classified results being read out on Radio 5 Live. It was earlier this week that news of the demise of the long-standing staple of Saturday evenings was revealed. The broadcaster has been reading out football results since ...

Mobile Software Company Offers to Buy Unity for Over $17 Billion

Exclusive: HBO's The Last of Us Casts Henry and Sam, But There Are Some Major Differences

Everything We Learned About Splatoon 3 From the Nintendo Direct

Splatoon 3 Will Get a Splatfest-Only Demo This Month

Do you know your customer's decision journey?

What time is Celebrity MasterChef on and who is in the lineup?

When is Chris Eubank Jr vs Conor Benn? Fight date, time, TV channel, live stream and how to get tickets

Dystopian Puzzle Platformer 'Overloop' Will Clone Itself Onto Switch This Year

UK's Liz Truss: Important to work with energy firms to bring prices down

Samsung's new foldable smartphones: What we learned about the Galaxy Z Flip4 and Galaxy Z Fold4

Zombies in China? The new TikTok trend explained and debunked

Londoners warned of speed restrictions for trains amid extreme heat