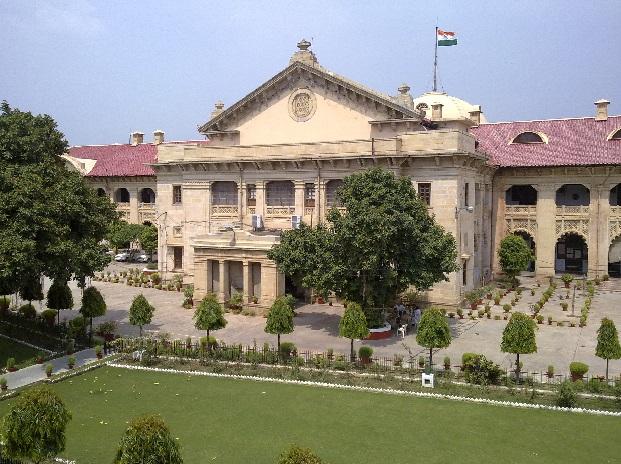 The Allahabad High Court has questioned the delays by police in registering cases related to crime against women.

During the hearing of a PIL, the court, showing strictness, asked the state government to explain the delays.

Significantly, the grandmother of three minor grandchildren had filed a PIL, which was heard by the division bench of Chief Justice Rajesh Bindal and Justice J.J. Munir.

The court told the state government that sometimes it takes over six months to register a case. The court asked why such a situation was being created in the state.

On March 14, the maternal grandmother had accused Mukesh, who was living with her daughter, of raping the minor grandchildren.

The grandmother had tried to lodge an FIR in the Ghaziabad police station, but the police did not register the FIR.

After this, on April 6 after the intervention of the National Human Rights Commission and the Chief Justice, an FIR was registered.

The police registered a case against the accused Mukesh and Rajkumari in Tila Mor of Ghaziabad under IPC 376 506, but despite the victims being minors, the POCSO Act was not invoked.

After this, the grandmother had approached the court and demanded action against the guilty policemen through public interest litigation.

Doug Taron, curator of biology and vice president of research and conservation at the Peggy Notebaert Nature Museum, told NBC Chicago spiders might be a "a little bit noticeable" right now


View more: These 2 Bugs Could Be Invading Your Homes This Fall – Some in Large Numbers

WASHINGTON —  The National Archives and Records Administration informed lawmakers that a number of electronic communications from Trump White House staffers remain missing, nearly two years since the administration was required to turn them over. The federal government’s record-keeping agency, in a letter Friday to the House Committee on Oversight and ...

Hundreds of Winnipeggers gathered Saturday outside the Canadian Museum for Human Rights in an outpouring of anger, sadness, and hope to show support for the growing uprising in Iran. It was sparked by the death of a 22-year-old Iranian woman who died just over two weeks ago in police custody. ...

Former U.S. Secretary of State Rex Tillerson will be called as a witness by federal prosecutors in the trial of Tom Barrack, a one-time fundraiser for former President Donald Trump, on charges of illegally acting as a foreign agent for the United Arab Emirates, a court filing showed on Saturday. ...

The National Archives and Records Administration informed lawmakers that a number of electronic communications from Trump White House staffers remain missing, nearly two years since the administration was required to turn them over. The nation’s record-keeping agency, in a letter Friday to the House Committee on Oversight and Reform, said ...