Amandla Stenberg is over ‘people talking about my chest,’ especially this film critic 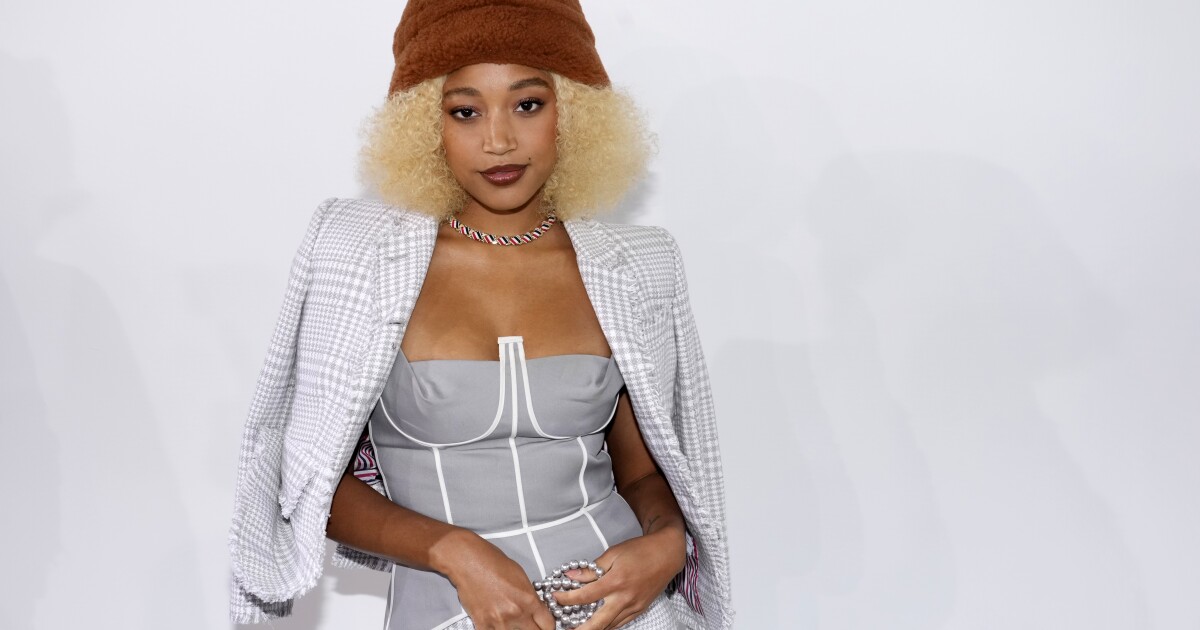 “Bodies Bodies Bodies” is the latest film in Amandla Stenberg‘s body of work. But the actor has had enough of what other people think of her body — specificially her chest.

On Thursday, the “Hate U Give” star was the subject of social media drama after she sent a private message to New York Times film critic Lena Wilson on Wednesday. In her unfavorable review, Wilson wrote, without singling out Stenberg, that the Gen-Z thriller “doubles as a 95-minute advertisement for cleavage and Charli XCX’s latest single.” In the film, Stenberg dons a tank top and cargo shorts.

“I said, ‘Great review. Maybe if you had gotten your eyes of my t—, you could have watched the movie,’” Stenberg explained while laughing in an Instagram Story Thursday. “I thought it was hilarious. I thought that because Lena is gay — I’m also gay — I thought that as gay people we would both find this comment funny.”

Except Wilson didn’t seem to find it amusing. Instead, the writer tweeted the private Instagram exchange and wondered if Stenberg, 23, had sent similar DMs to other film critics. Wilson also accused the actor of being homophobic.

“always weird when the homophobia is coming from inside the house but this is something,” Wilson tweeted. (She has since made her Twitter account private.)

Stenberg’s private message ballooned into a larger controversy on Twitter, with users voicing support for either Stenberg or Wilson.

In Thursday’s Instagram Stories, Stenberg said she didn’t mean for her comment to Wilson to be taken seriously, but clarified that she wanted to bring attention to “the amount of commentary I’ve received on my boobs,” which has happened since she was a teenager.

“I do get tired about people talking about my chest,” she added. “It seems to be in Hollywood, it’s not normalized to have boobs that are above an A or a B cup.”

Stenberg also acknowledged that Wilson’s “95-minute advertisement for cleavage” line could have been a dig at the studio, A24, “sexualizing me, sexualizing my body, exploiting young women in order to sensationalize them to make their media popular.”

But even if that were the case, Stenberg said, “There seems to be a lot of unwarranted conversation around my chest that just kind of baffles me.”

Stenberg then defused the situation with a message for Wilson.

Stenberg cheekily concluded her Instagram Story by thanking movie-goers who have “seen our 95-minute advertisement for cleavage.” And then she laughed again.

Spain vs Switzerland: TV Channel, how and where to watch or live stream online free 2022/2023 UEFA Nations League in your country

MSN has partnered with The Points Guy for our coverage of credit card products. MSN and The Points Guy may receive a commission from card issuers. If you’re looking for some additional comfort and privacy on your next flight, you might be considering splurging for a first-class upgrade. Perhaps you’re ...


View more: Are first-class tickets worth the splurge?

Sep. 24—TINICUM — Delaware County receives in excess of $3 billion in economic benefits from the Philadelphia International Airport, according to airport interim CEO Keith Brune. And, although that’s not the $4 billion received in prepandemic figures, Brune said there’s a lot of promise for revenue generating at the transportation ...

Busquets is deciding his future | Eurasia Sport Images/GettyImages Barcelona midfielder Sergio Busquets has played down reports linking him with a move to MLS, insisting he is yet to make a decision on his future. The veteran’s contract at Camp Nou expires at the end of the season and ...

Alex Price is the quarterback for the Trine Thunder football team. The fall season has arrived and the weather is starting to get cooler, but college football in the state of Indiana is just starting to heat up. Seven Indiana-based teams have bye weeks for Week 4, but that ...

A man was stabbed to death Friday night during a fight in Logan Square on the Northwest Side. The man, 26, was stabbed in the abdomen by another man who he was arguing with around 9:15 p.m. in the 3300 block of West North Avenue, according to Chicago police. SEE ...

What happens in Vegas definitely needs to stay in Vegas. Las Vegas is also known as ‘Candyland’ for adults. A fantasy place where glitz and glamour never sleeps. Millions flock here yearly to visit this 24/7, 365-days-a-year destination that is lined with upscale casino resorts, neon lights, shops, restaurants, ...


View more: Woman Reminds Us Why We Want to Avoid 'Snappers' in Las Vegas at All Costs

migrant bus photo Bloomberg / Contributor/ Getty Images Mayor of NYC mulls plan to build tent city for influx of migrants New York City Mayor Eric Adams has announced he is considering putting up large tents as temporary shelter for the influx of relocated migrants the city is struggling to accommodate, ...

Los Angeles anchorman is out of a job following on-air, emotional farewell to colleague

New island emerges from the sea after only 11 hours of volcanic eruptions, experts say

‘Hub City’ train station to get $49M upgrade. Murphy says it will be a ‘point of pride.’

Trump-Linked SPAC Faces Another Setback As Private Investors Withdraw $138.5M Commitment: Is The Deal At Risk?

Report: A Contract Extension For N'Golo Kante At Chelsea Is Not Close