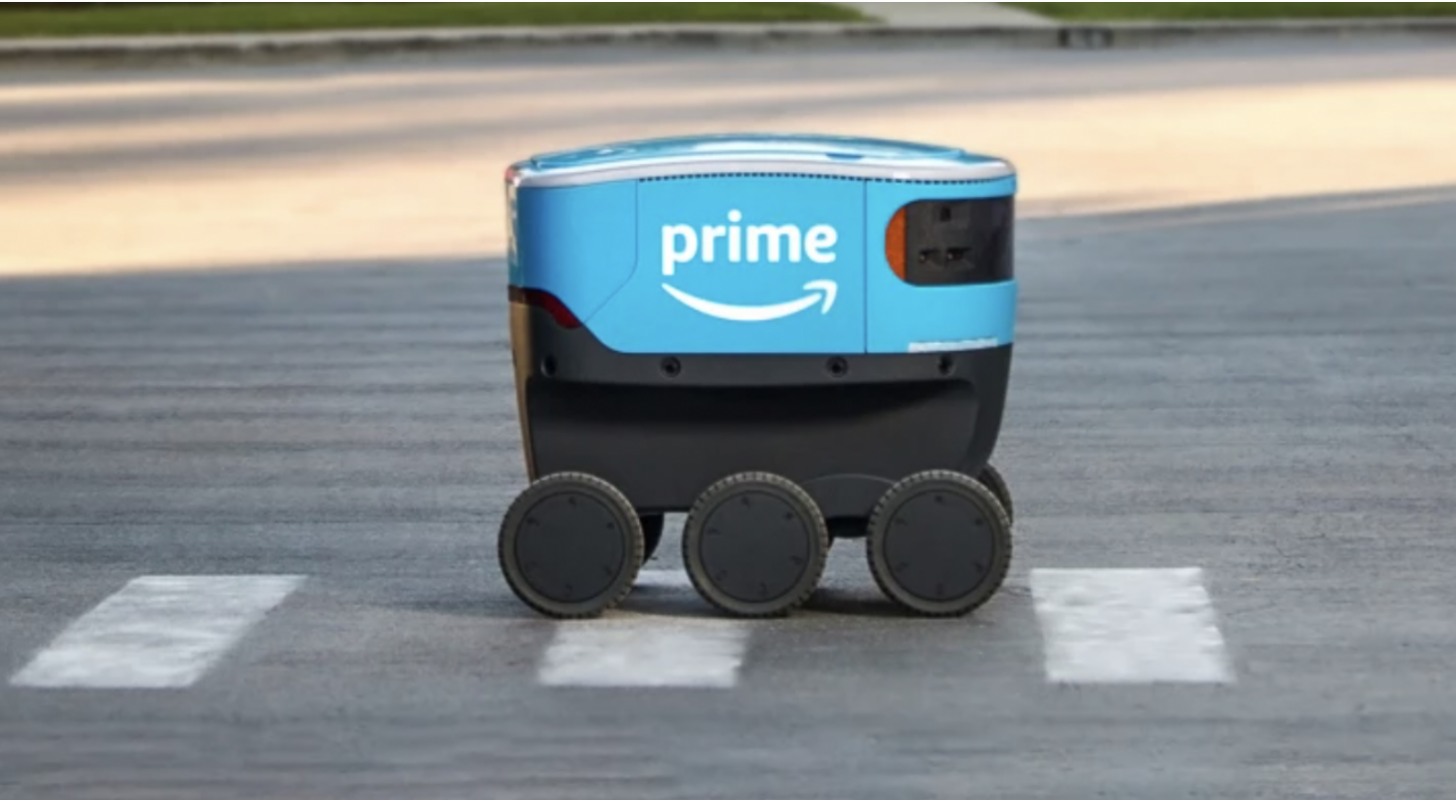 Trending: New Book Shows Donald Trump Treated White House Like Movie Or TV Gig: ‘Before I Did The Presidency’ – Dig

Must Read: Interview: Alien Worlds Is Colonizing The Metaverse One DAO At A Time

Credit Suisse Group AG (NYSE: CS) has offered to buy back its debt securities worth about $3 billion in the backdrop of concerns about the Swiss bank’s financial health, which had dragged its share price and led to an increase in bets against its debt. Credit Suisse’s shares had briefly hit an all-time low on Monday, while its credit default swaps hit a record high in the backdrop of the market’s concerns over the bank’s future.

Taiwan Semiconductor Manufacturing Company Ltd (NYSE: TSM) reported a September revenue growth of 36.4% year-on-year to NT$208.25 billion. Revenue for January through September 2022 totaled NT$1.64 trillion, up 42.6% Y/Y. Revenue for the third quarter grew 48% Y/Y to NT$613 billion ($19.4 billion), above the consensus of NT$603 billion. Apple Inc’s (NASDAQ: AAPL) most crucial chipmaker signals that the most prominent players in the $550 billion semiconductor industry may bypass the downturn helped by resilient demand for electronics products.

Alphabet Inc.’s (NASDAQ: GOOG) (NASDAQ: GOOGL) Google will open its first data center in Japan next year. The new facility, based in Inzai City, Chiba, will accelerate the operation of Google tools and services and support economic activity and jobs. The Chiba data center is part of a $730 million investment in infrastructure that began in 2021 and will continue through 2024. That includes the Topaz subsea cable, likely to be ready for service in 2023.

Spotify Technology S.A. (NYSE: SPOT) pulled 11 original podcasts from the platform. It will impact studios Parcast and Gimlet and involve less than 5% layoffs from Spotify’s podcast staff. Spotify appears to be weeding out the failures, possibly making room for the several upcoming O&E titles the company intends to announce in the weeks and months ahead.

Merck & Co Inc. (NYSE: MRK) and Ridgeback Biotherapeutics announced data from two real-world evidence studies evaluating Lagevrio (molnupiravir), an investigational oral antiviral COVID-19 medicine. According to the results of a pivotal clinical trial in the UK, Merck’s COVID-19 antiviral pill failed to show it can lower the risks of hospitalization and death among adults at higher risk from the disease.

Telenor Divests 30% Of Norway Fiber Company for $1B

Telenor ASA (OTC: TELNF) (OTC: TELNY) agreed to divest a minority stake in its Norway fiber assets to a consortium led by KKR & Co Inc (NYSE: KKR) and Oslo Pensjonsforsikring for 10.8 billion kroner ($1 billion). The deal is part of a strategy by Norway’s biggest telecommunications company to highlight the value of its infrastructure and free up capital to lay down more fiber in the country.

British fashion group Superdry ADR (OTC: SEPGY) has returned to profit in the fiscal year 2022, with an adjusted profit before tax of £21.9 million versus a loss of £(12.6) million in FY21. Total revenue increased 9.6% to £609.6 million year-on-year due to lapping enforced store closures and lifting restrictions in key markets.

Amazon.com Inc (NASDAQ: AMZN) has reportedly halted the live testing of its automated delivery robot “Amazon Scout.” The e-commerce giant found that the program failed to meet customer needs. An Amazon spokesperson told the newswire it was “reorienting” the program instead of complete abandonment, and workers would be matched to other open roles at the company.

EU antitrust regulators grilled game developers about whether Microsoft Corp (NASDAQ: MSFT) will be incentivized to block rivals’ access to “Call of Duty” maker Activision Blizzard Inc. (NASDAQ: ATVI) best-selling games. The EU competition enforcer also asked if Activision’s trove of user data would give Microsoft a competitive advantage in developing, publishing, and distributing computer and console games. EU antitrust regulators are due to make a preliminary decision by November 8 on whether to clear Microsoft’s proposed $69 billion acquisition.

Toyota Motor Corp (NYSE: TM) fears that about 296,000 pieces of customer information from its T-Connect service might have been leaked. The affected customers are individuals who signed up to the service’s website using their email addresses since July 2017. Toyota denied any possibility of a leak in users’ sensitive personal information.

Walmart To Let Go More Than 1,000 Employees In Atlanta

Adidas AG (OTC: ADDYY) is reviewing its relationship with rapper Kanye West following recent issues when the rapper publicly accused Adidas CEO of not providing him control over Yeezy. Adidas announced its partnership with West in 2013. West also agreed in 2016 to manufacture and distribute items from his Yeezy clothing line. In September, West terminated Yeezy’s partnership with Gap Inc (NYSE: GPS).

© 2022 Benzinga.com. Benzinga does not provide investment advice. All rights reserved.

Samsung Galaxy S23 Ultra Might Have the Brightest Display Among All Existing Smartphones, Rumors Say

Samsung Galaxy S23 Plus Roundup: Here’s what we know about the upcoming flagship so far

ETtechSamsung plans to invest Rs 400 crore to start manufacturing 5G and 4G radio equipment at its facility in Tamil Nadu, an official aware of the plan told ET.Samsung is the latest global gear maker to come on board the government’s telecom equipment production-linked incentive (PLI) scheme and this will ...

If you’ve been waiting to upgrade your vacuum, there is no better time than during the annual Best Buy Black Friday deals. Today is the best day of the year to get all of the best cordless vacuum deals, giving you the chance to save big on one of the ...

The best deals for the home are in now! Amazon’s Black Friday sale has HUGE discounts on Samsung, Keurig, De'Longhi, Mikasa, Cuisinart, and more - but hurry, as these reduced prices won't last for long

SHOPPING: Products featured in this Mail Best article are independently selected by our shopping writers. If you make a purchase using links on this page, DailyMail.com will earn an affiliate commission. There’s never a better time of year to pick up home essentials than Black Friday. It’s one of the ...


View more: The best deals for the home are in now! Amazon’s Black Friday sale has HUGE discounts on Samsung, Keurig, De'Longhi, Mikasa, Cuisinart, and more - but hurry, as these reduced prices won't last for long

Each product has been independently selected by our editorial team. We may receive commissions from some links to products on this page. Promotions are subject to availability and retailer terms. Basically a holiday in itself, Black Friday is here! Best Buy is celebrating the holiday season with a Black Friday sale on ...

APSamsung plans to invest ₹400 crore to start manufacturing 5G and 4G radio equipment at its facility in Tamil Nadu, an official informed ET.Samsung is the latest global gear maker to come on board the government’s telecom equipment production-linked incentive (PLI) scheme and this will be its first such investment ...

Here are the best Black Friday deals on Samsung phones, watches, and more

Samsung Galaxy S22 vs. Galaxy S21 FE: How to Decide

How to Reset Network Settings on Samsung

Samsung's Galaxy Z Fold 5 May Get an S Pen Slot. Here's Why That's a Big Deal

The best early Black Friday tech deals with savings of up to 70%! From a Samsung monitor reduced by 40% to half-price Razer Gaming accessories and cheap headphones, these deals are MASSIVE

How to Clear Your Cache on a Samsung Phone

Amazon PC Monitor and Tablet Deals: Samsung, HP and More up to 39% Off

How to Get Instagram and WhatsApp Notifications on Samsung Galaxy Watch

Reminder: This Samsung 75-inch TV is just $580 for Black Friday

Why Samsung makes the only Android tablets worth buying

Samsung Galaxy A34 Design Renders Leaked Ahead of Official Launch

Galaxy S23 could get some satellite skills like the iPhone 14

Samsung loses its top position in the global semiconductor market

Samsung might remove all the buttons from future Galaxy phones

Galaxy A33, Galaxy A52 getting updated with September 2022 security patch