For the first time, Amazon is squeezing an extra Prime Day into the calendar. Whether it’s because the retail giant stumbled across a warehouse full of TVs, laptops, smart watches and homeware it had forgotten about, or simply because Jeff Bezos really loves a heavily discounted electric toothbrush, we’re all being treated to a second Prime Day event on 11 and 12 October.

Officially called the Prime Day Early Access Sale, the event promises big savings across everything from kitchen appliances and games consoles to booze and Amazon gadgets. Televisions are one of the most popular purchases on Amazon Prime Day, and this year’s previous sale event in July saw some of the best 4K and OLED TVs tumble to less than £1,000.

The bonus second Prime Day comes just weeks before Black Friday – still the biggest event on the shopping calendar – which falls just a week before December. This makes Amazon’s surprise October sale the ideal opportunity to get a head start on your Christmas shopping, just like you always say you’ll do.

As ever, our team of IndyBest experts will be on hand to hunt down the best discounts and weed out the rubbish. Whether you’re in the market for a 4K upgrade or a brighter OLED display for the living room, we’ll let you know which sets are worth shopping for. To find out more about the best Prime Day TV deals, keep on reading. And take a look at our main Amazon Prime Day Early Access guide to stay on top of our coverage across all areas too.

The Prime Day Early Access Sale will start on Tuesday 11 October and finish on Wednesday 12 October. Amazon held its first Prime Day sale in 2015 to celebrate the company’s 20th anniversary, and it has quickly become one of the biggest online shopping events of the year. The event usually sees price cuts on products across Amazon’s TV, laptop, gaming, homeware and fitness departments, among many others.

TVs are usually among the most heavily discounted products on Prime Day. Shoppers can expect to see deals on the latest sets from brands such as Sony Bravia, LG, Panasonic, Toshiba, Samsung, Hisense and more.

You’ll need to have an active Amazon Prime membership to get access to the upcoming October Prime Day deals. Amazon Prime costs £8.99 per month or £95 per year, and signing up gets you benefits such as free one-day delivery on most items and same-day delivery on certain products, as well as access to TV shows, movies, music, books and other perks.

If you don’t want to shell out for a membership, and you haven’t used a free trial already in the past 12 months, you can sign up for a 30-day free trial of Amazon Prime. That way, you can sign up now, shop the Prime Day deals, then cancel your membership right after the event. It won’t cost you a thing.

What to expect from Prime Day TV deals in 2022

Our recommendation when shopping for TV deals is to browse last year’s models, as that’s where the biggest savings can often be found. New versions of TVs are usually only small improvements over what came before, and we’d challenge anyone to spot the difference between a 2021 Sony Bravia and a set from 2022.

But even with that in mind, a handful of 2022 sets still saw huge discounts during the Prime Day sale this summer. This October, we’re hoping to see a further discount on our favourite 4K television, the LG C2 (was £2,199.99, now £1,269, Amazon.co.uk). The TV is already discounted by a whopping 42 per cent, a full week before Prime Day, so don’t be fooled if you see it included in the sale at its existing price. 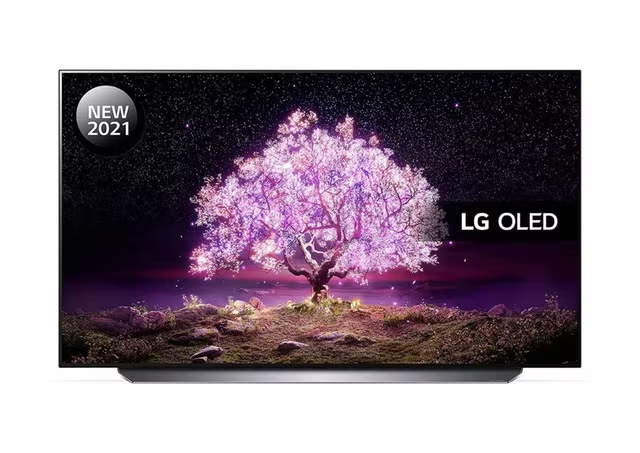 There was a massive £750 off this 55in C1 TV from LG during the last Prime Day in July. Boasting a 4K display, 120Hz variable refresh rates and auto-low latency modes, available through all four HDMI ports, this is the TV of choice for discerning PS5 and Xbox series X gamers. Even if you aren’t into games, this is still a highly capable OLED TV, ideal for blockbuster films and TV shows, with nifty features such as auto-scene detection and auto-sound levelling to ensure shows look sharp and sound incredible. There was more than 50 per cent off one of the best 50in TVs you can buy last Prime Day. This excellent Samsung set launched in 2021 (you’ll find the best deals by shopping for one-year-old sets) and uses the brand’s latest “neo QLED” pixel technology for improved contrast and image quality over previous QLED panels. It runs on Samsung’s Tizen operating system – for our money the best built-in TV OS you’ll find – and offers impeccable picture quality and contrast. It’s since returned to near its original price. 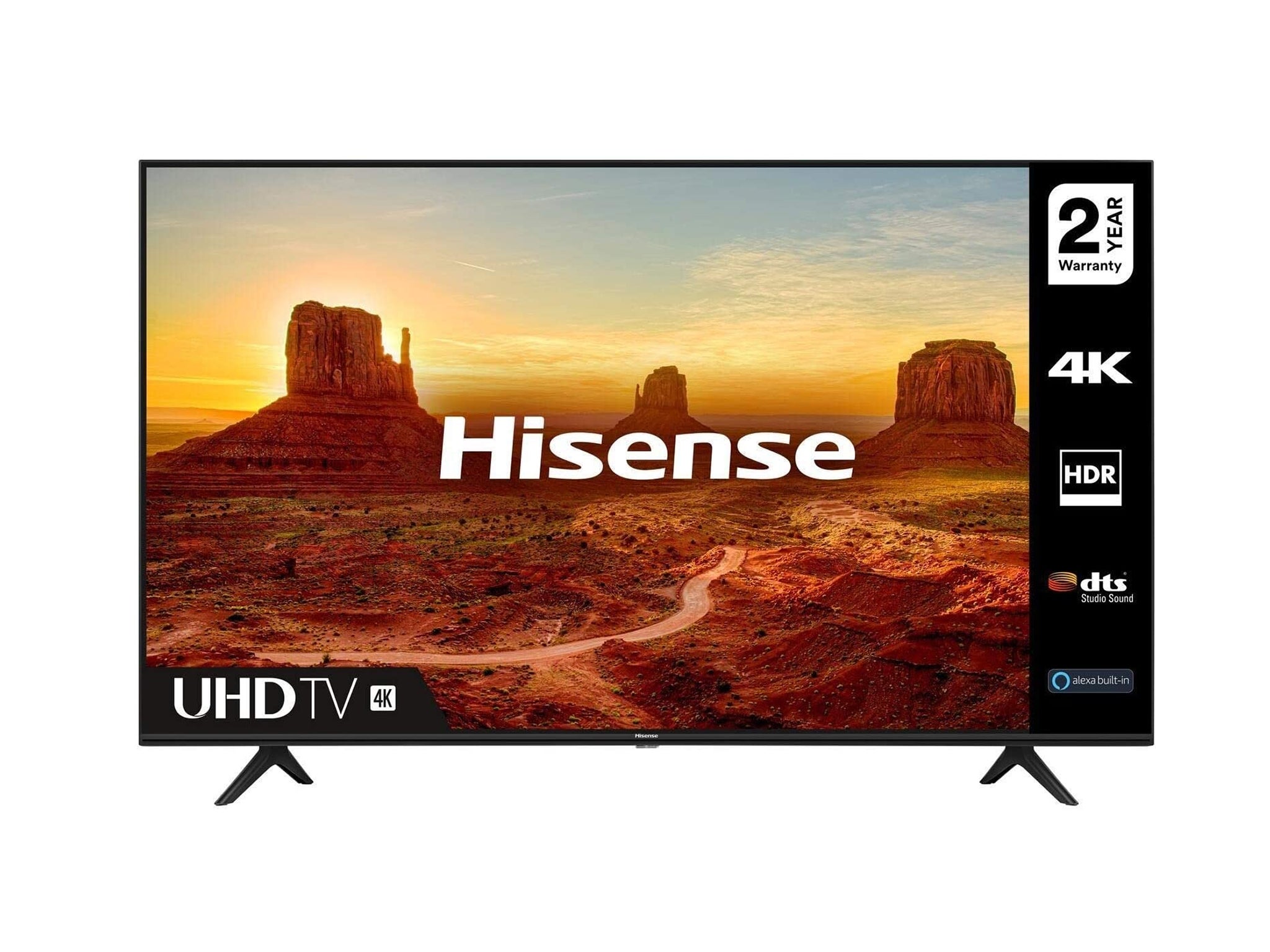 If you’re looking for a great TV that won’t break the bank, this Hisense set won’t steer you wrong. This television has a 4K resolution with HDR10+, plus Freeview Play for broadcast TV and integrated Alexa for voice control. Apps such as Netflix and Prime Video are also on board, and there’s DTS Studio Sound for improved audio, as well as wifi, Bluetooth and an Ethernet port for a wired internet connection. 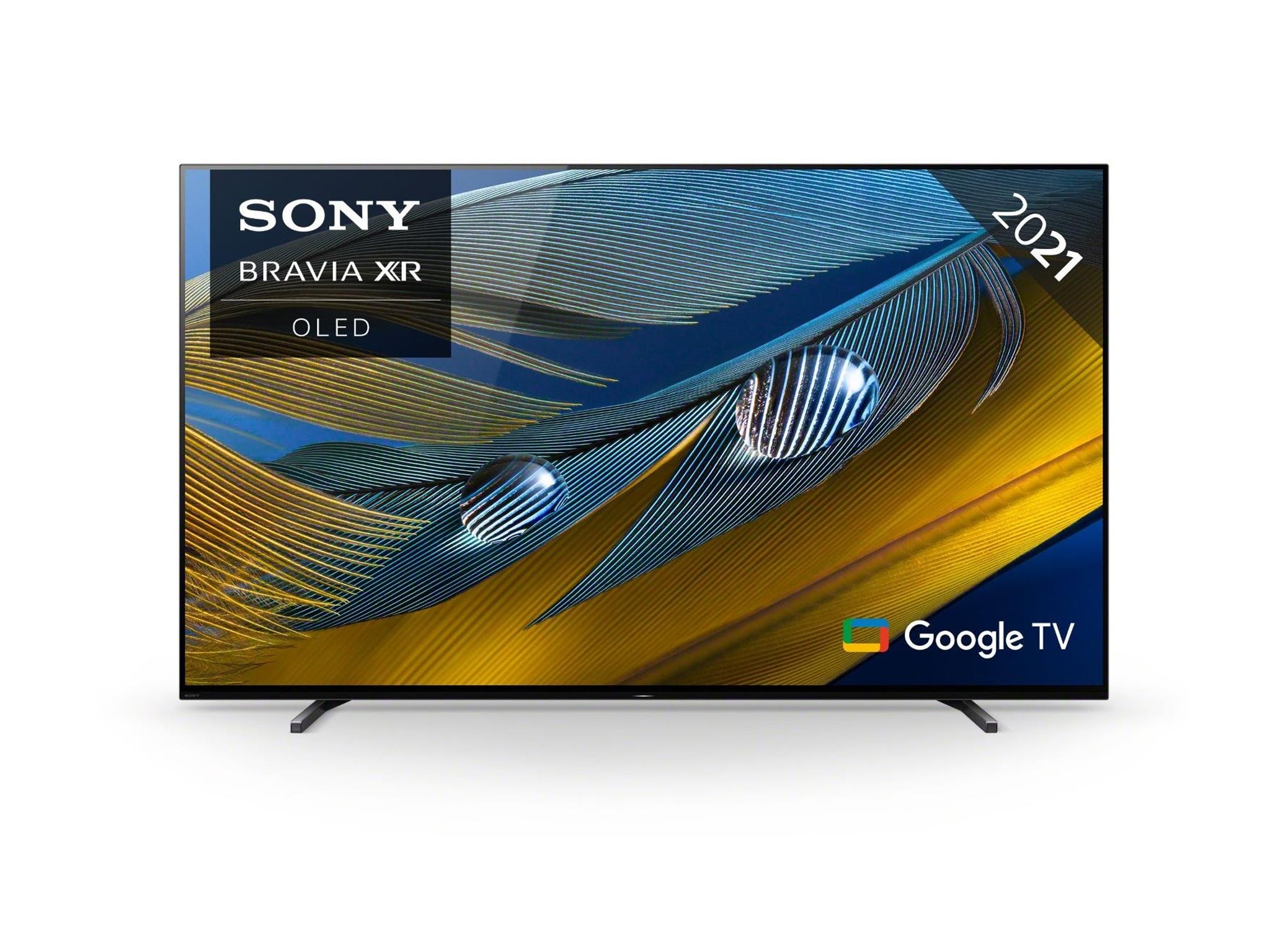 There was a whopping £500 off the price of this wall-spanning, 65in 2021 Sony Bravia during the summer’s Prime Day sale. The exact model from the sale is no longer available, so we’ve linked to the current version above. The Sony Bravia A8 is a stunning 4K screen from a class-leading television brand, powered by Google’s intuitive Android TV operating system. The 65in model is the second largest. Sony’s proprietary X1 processor is also considered to be one of the best at upscaling low-resolution video to 4K, resulting in crisp imagery regardless of the source. This was an impressive display at a head-turning price.

For the latest discounts on tech, gadgets and more, try the links below:

Looking for more bargains? Read our guide on what to expect from Black Friday 2022

6 wireless earbuds that have never been cheaper than Black Friday

Tech deals to the extreme! Amazon has ALL of the laptops, headphones, TVs, gaming essentials, and great gifts from Apple, Sony, Bose, and more - and you can save up to 63%

God of War Ragnarok Across the Realms locations: Where to find Bantam Melon, Elven Cap and Prongfruit

VG247's The Best Games Ever Podcast: The 6-month Inquisition Special

The best deals for the home are in now! Amazon’s Black Friday sale has HUGE discounts on Samsung, Keurig, De'Longhi, Mikasa, Cuisinart, and more - but hurry, as these reduced prices won't last for long

How to Reset Network Settings on Samsung

Samsung's Galaxy Z Fold 5 May Get an S Pen Slot. Here's Why That's a Big Deal

Here are the best Black Friday deals on Samsung phones, watches, and more

Samsung Galaxy S22 vs. Galaxy S21 FE: How to Decide

Samsung Galaxy S23 Ultra Might Have the Brightest Display Among All Existing Smartphones, Rumors Say

Walmart Black Friday Deals 2022: This PlayStation 5 God of War Ragnarök is Below $600

Samsung Galaxy S23 Plus Roundup: Here’s what we know about the upcoming flagship so far