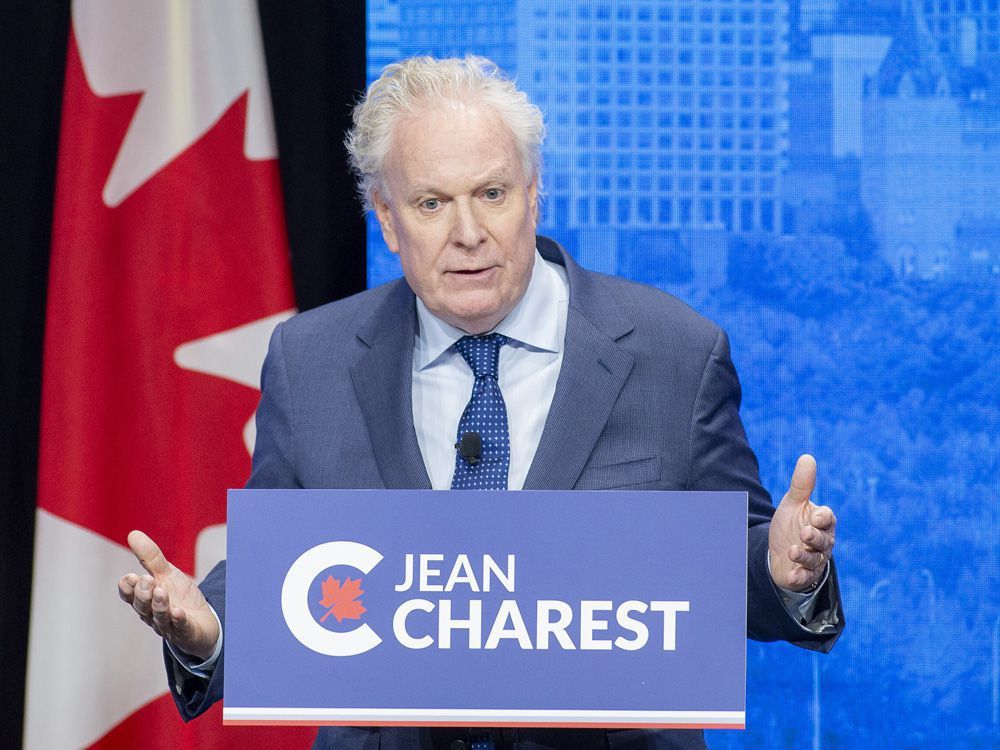 Jean Charest takes part in the Conservative Party of Canada English leadership debate on May 11, 2022.

A recent column of mine has angered many in Jean Charest’s leadership campaign organization, including within his family. In that column, I wrote that Charest’s crushing defeat against Pierre Poilievre was a “gloomy end” to his political life.

In her comment published on the Post’s website on September 26, former Charest Communications Director Michelle Coates Mather disagrees with the criticism of the campaign expressed by “Pratte and others in the pundit class”.

After reading Ms. Mather’s text and having heard a great deal from others close to Charest and his campaign, I read my column again to see whether I was as unfair to the candidate as they believe I was.

Although I am sorry that I hurt so many people’s feelings, I stand by what I wrote. Perhaps I would have changed a word or two. “Gloomy” was too strong a qualifier, I should have written “sad.” The paragraph about Charest’s age could have been written differently. But overall, I believe the column was based on unchallengeable facts and was fair to the candidate and his organization.

Unlike Ms. Mather, I did not research “Jean Charest” on the web before agreeing to join his campaign. I have known Charest for 40 years. As a reporter and then editorial writer, I covered, admired, and defended him in the best and worst times of his career. I wrote an early biography, for which I interviewed over 100 of his colleagues, friends, and members of his family.

I volunteered for his campaign because I was convinced, as I still am, that he would have made the best prime minister for these troubled times in our country’s history.

True, I wasn’t “intimately involved with the campaign.” However, I was in regular contact with people who were, including the candidate himself and members of his family.

Even though in the end I played only a minuscule role, I paid a significant professional price for joining the campaign. I used whatever credibility I had left to convince people that Charest was the right person, and that this was the right time. I sold membership cards. It is just too easy to dismiss my opinion by pushing me in the corner of the “armchair quarterbacks.”

The Charest people’s main point is that he ran a great campaign, and therefore that there is nothing to be sad about. I agree that he did run a very good campaign and that even when his chances of winning went up in smoke, as I wrote, “the candidate, dogged as always, fought until the end.” But I disagree that the outcome is a happy end to his career. Good campaign or not, the results were simply catastrophic. Asserting that something went terribly wrong is not being disloyal, mean or ill-informed; it is stating the obvious.

Ms. Mather accuses me of “ageism,” This is surprising considering that I am one year older than Charest. My point regarding age was that, because of the generation gap, many Conservatives simply did not know Charest as we knew him. This point was made to me by very senior organizers within the campaign.

Anyway, the main argument of my op-ed was that had I known my country and the Conservative party better, I would have detected early on the strength of the pro-Poilievre movement. Having done so, I would have advised Charest not to run, for his and his family’s sake, because I consider myself his friend (although possibly that friendship is over now…). It is bizarre that a piece that was essentially self-critical was seen by his organizers as an attack on them.

Since Charest’s defeat, it appears that most of those organizers have decided to rally behind the new leader, as if this was some ordinary leadership race. It wasn’t. This is how Jean Charest put it last May:

Many joined the Charest camp because we believed that Pierre Poilievre was a risk for Canadian democracy and the rule of law. And now we should cheer him as if nothing happened? As if Poilievre had not called our candidate all sorts of names, going so low as to refuse to shake his hand? Poilievre may rise to the occasion and become a good Leader of the Opposition and even Prime Minister. However, for now, I remain guarded.

As for Jean Charest, he certainly can be proud of his remarkable political achievements, including running a principled, dignified leadership campaign. My column only meant to highlight that he deserved for that career to end on a happier note.