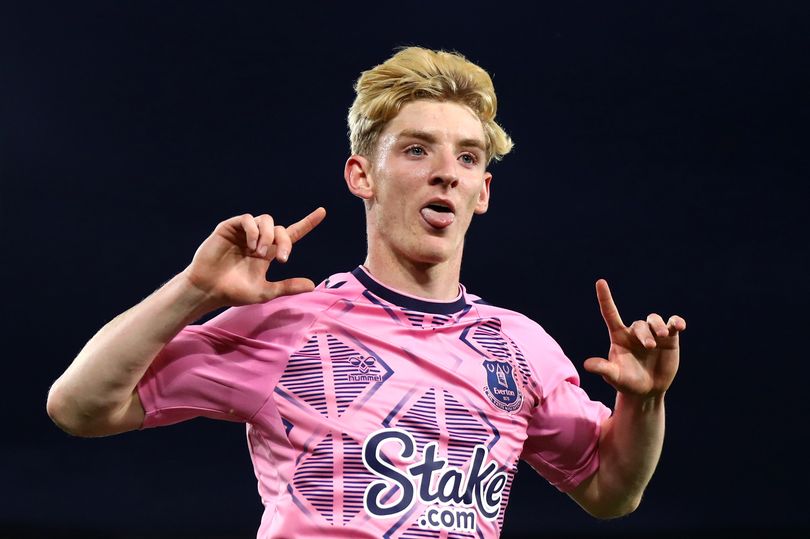 Chelsea’s attempts to land 21-year-old Anthony Gordon this summer demonstrated a lot of ever-changing factors about the transfer market. The willingness to spend upwards of £45million (with a demand of more than £60million coming from Everton) proves the way the landscape has moved.

In 2014 Chelsea were able to buy Diego Costa and Cesc Fabregas for the value the Toffees placed on Gordon’s head this summer. Breaking transfer records is now a yearly norm and £69.5million on Wesley Fofana, another 21-year-old can be judged as decent business.

Gordon’s failed move – one that he was keen on – also highlights the premium placed on in-league moves for top division players and also the added cost needed for English players too. Thomas Tuchel’s admiration for Gordon was born from watching him play in person twice against his own side, the irony being that Callum Hudson-Odoi, a player of arguably more talent and similar experience, wasn’t being used.

Chelsea backed down from Everton eventually though as Frank Lampard’s reluctance to sell their local star became evident and other forward options were prioritised by Todd Boehly. Speaking now, Gordon himself has revealed his own stance on the interest and the money involved, admitting to the Evening Standard: “That’s football nowadays – it’s absolutely crazy.”

This is the first time since the summer that Gordon has spoken about the bids and doesn’t just think it’s too much for him, but too much in general, adding: “Personally, I don’t think any player is worth that amount of money but I’m also not going to talk myself down. The money in football, that’s just how it is nowadays. You’re also paying for potential all the time these days. That’s just how football goes.

“I wasn’t too focused on that because I can only control what I can control.”

The England Under-21s winger makes a good point regarding potential. In the search for the ‘next Kylian Mbappe’ or Erling Haaland, young players are expected to be at world-class levels in their late teens and early 20s, an unrealistic desire and one subsequently raising prices.

In Boehly’s first transfer window in charge he sanctioned more than £50million of funds on teenagers alone and that went up to £110million on players aged 21 or under. Although the value of getting a high-class young player comes in their growth and longevity, Gordon doesn’t think transfer values help a player at all.

“I think the minute you do that [thinking he is a £60million player], there’s only one way you’re going to go. You need to stay humble. You need to focus on today and tomorrow and don’t look too far into the future. That’s part and parcel of football. When you’re doing well, there’s always going to be that speculation.”

Since the interest went quiet – though it is expected Chelsea may well venture back in for Gordon – he has failed to score after getting two in as many games during the initial stages of the transfer. He is now tasked with helping Everton to a much better season and must turn attentions back to club football and get over the initial disappointment of a career defining move being stopped.

“Because the place [Everton] is so good, it’s not a place where I’m devastated because I have to stay,” he added. “That’s never been the case. I was never desperate to leave Everton. It was definitely not the case.”

Wesley Fofana return, Kai Havertz change – What Graham Potter and Chelsea should do vs Crystal Palace

England’s midfielder Declan Rice plays darts against an English journalist prior to a press conference at Al Wakrah SC Stadium in Al Wakrah Declan Rice has come to a staunch defence of Mason Mount as the Chelsea midfielder continues to be the centre of social media discourse and criticism. ...


View more: Ministers and civil servants could have to sign contracts vowing to abide by sleaze rules for TWO YEARS after quitting

EXCLUSIVE: Calls for  UK trans men to get NHS funding to get a penis overseasCurrently trans men in England face a four-year wait for the extensive surgeryPhalloplasty costs £21,000 and there are some 2,000 people on the waiting list


View more: Video: Property investor RETCHES as he wades through urine-soaked rubbish-filled flat he had bought unseen for £85,000 - before transforming it into stunning £180,000 luxury home

Helen Skelton was positively beaming on Friday as she left her hotel and headed to the Strictly Come Dancing live show. The presenter, 39, was in a particularly chipper mood as she climbed into her waiting car and made her way to the studio after the BBC show was moved to ...


View more: Helen Skelton puts on a VERY chirpy display as she leaves her hotel ahead of the Strictly live show - after taking revenge on ex-husband Richie Myler by selling their wedding presents


View more: Video: The Sugababes admit that 'no one cracks the whip anymore' as the reformed band prepare for their massive one-night-only London gig... revealing they have been 'blown away' by fan reaction

Romelu Lukaku missed three big chances in Belgium's draw with Croatia The result meant Belgium went out of the World Cup at the group stageLukaku was due to go on holiday, but has decided to scrap this ideaHe will now return to Inter Milan instead to try to build up his fitnessClick here to follow Sportsmail's live blog on the World Cup in Qatar Click here for the latest World Cup 2022 news, fixtures, live action and results


View more: 'Heartbroken' Romelu Lukaku CANCELS his holiday after missing THREE golden chances that sent Belgium crashing out of the World Cup and will return to Inter Milan training in just three days as he desperately tries to get fully-fit

Elton John wraps up the U.S. leg of his â€˜Yellow Brick Roadâ€™ tour in Los Angeles Sir Elton John has been announced as a headline act for Glastonbury 2023 in what will be the final UK show of his farewell tour. The music event will return to Worthy Farm ...

The NHS trust 'run like the mafia': Shock report into one of England's busiest hospitals reveals medics who raise concerns about patient safety are punished 'harshly'

A1 northbound to remain closed for 'several hours' after lorry fire

Baby bitten in face by dog at Nuneaton park

£2.4m fine imposed by FCA after people advised to give up valuable pensions

Atom Bank boss Mark Mullen wants to grow the challenger into a major mortgage lender in a cost of living crisis... and do it all on a four-day week

Government 'has a lot on its plate' with strikes, says RMT General Secretary Mick Lynch

Sajid Javid stepping down at next election

Prince Harry and Meghan Markle 'may refer' to Buckingham Palace race row when accepting award in New York and ‘will be loving’ the fallout, the Mail's Richard Eden tells Palace Confidential

Video: Prince Harry and Meghan Markle 'may refer' to Buckingham Palace race row when accepting award in New York and 'will be loving' the fallout, the Mail's Richard Eden tells Palace Confidential

Video: Teresa Giudice seen enjoying Parisian vacation with husband Louie A. Ruelas … after she was branded 'rudest celeb ever' by radio host after disastrous live interview

Are you kidding, Arnie? Graham Arnold urges his players to 'be honest' and admit if they need to be RESTED for historic Argentina clash...and Socceroos coach insists the two-day turnaround is 'fantastic' for his team

King Charles and Prince’s Trust back Felix, earmarked beneficiary of our Christmas appeal