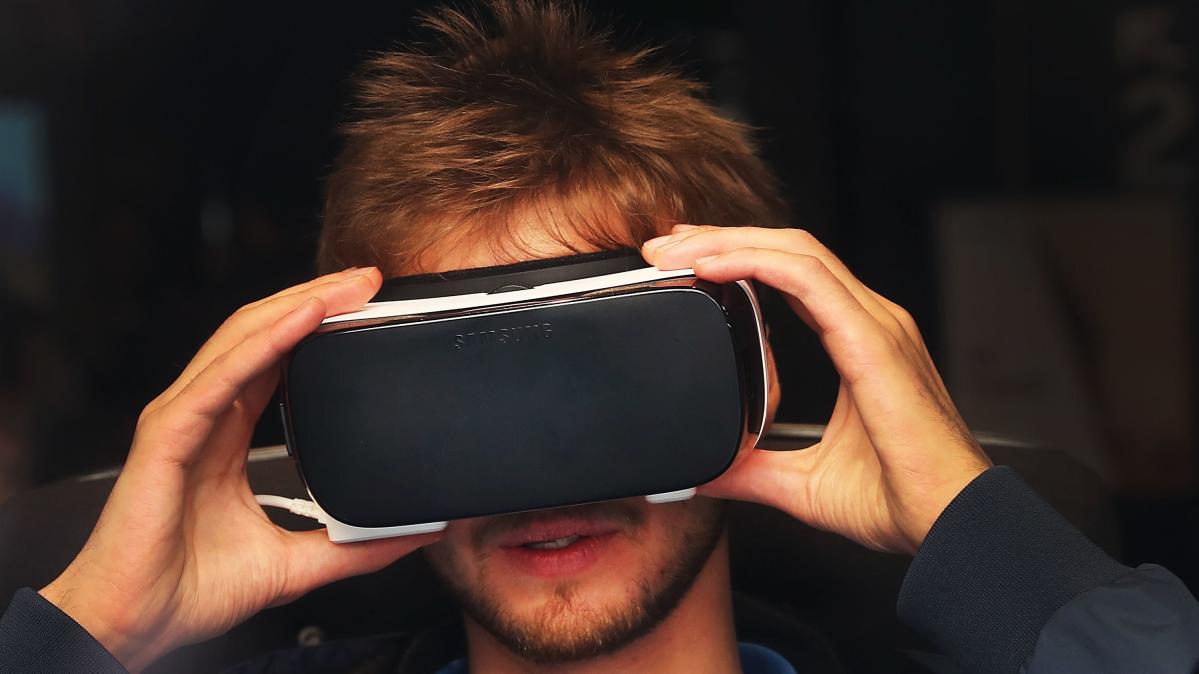 SEANA SMITH: Apple looking set to expand in its first major new category since the Apple Watch in 2015. And according to a report from Bloomberg, a both augmented and virtual reality headset could be even more ambitious than you had imagined. Yahoo Finance tech reporter Dan Howley is here to give us the latest on that device. And Dan, what do we know?

DAN HOWLEY: Yeah, this seems to be a new development in how we’re expecting the new headset to come out. Really, this is going to be, as you said, one of the biggest products that’s Apple’s launch since the Apple Watch. And according to this report, there’s going to be multiple levels to it that help differentiate it from offerings from the likes of Meta. Chief among them, there’s not going to be any controllers involved.

Instead, it’s going to rely on cameras on the inside and outside of the headset that can see what you’re looking at. And then when it recognizes that, sees what your fingers are doing and allows you to access things like buttons in apps to really interact with things, that’s rather than using a controller where you would move around a mouse pad esque kind of device and then use buttons to physically click on an item.

So this is a big change than from what we’re seeing in other areas. Microsoft’s HoloLens had a similar idea where you would look at something and then move your hand to kind of try to grab it, though it was pretty spotty at times, at least when I used it in some testing. So it’s hard to tell how accurate this would be. But if Apple’s going to be going to market with this generally for $3,000, then you’ve got to imagine that it’s going to be pretty up to snuff when it comes to the capability there.

And then they’re also reportedly working on a less expensive version around $1,500. That’s around where Meta’s top of the line headset starts right now. And really, this comes down to whether Apple is going to go full force into this or not. They’ve done years of research on this topic. And so there are times where they’ve thought about coming out with something and then didn’t. But at this point, it seems as though this is definitely on schedule for this year at some point to be released to the public.

DAVE BRIGGS: Dan, Apple also facing some competition over in the payment space, as big banks, Bank of America, JP Morgan, Wells Fargo, team up to create their own virtual wallet. What can you tell us?

DAN HOWLEY: Yeah, this is going to be something that you would use online. And it really is a way to compete with the likes of Apple Pay and PayPal. Apple Pay has kind of exploded in recent years. It was– it’s a slow burn, though. It started off initially very slow with few people really jumping into it. And now a majority of iPhone users seem to use Apple Pay to some degree. I, frankly, use it every time I go to the store, anytime I check out from Grubhub. Any time I go and get on the train, I use it. So it’s something that’s become a part of my everyday life. And I think a lot of other people can say that as well.

The fear here, though, is that Apple is getting too powerful in the space. They do make money off of fees through each transaction, though the amount is minuscule, compared to what they make on things like iPhone sales. But these banks, obviously, don’t like Apple jumping into their territory. Don’t forget Apple also has a credit card with Goldman Sachs. And they’re working on a buy now, pay later program. So, you know, obviously, they see Apple as a threat and want to kind of cut that off.

Whether or not people are going to be interested in doing that, though, that’s really the big question. Apple Pay is so popular because it’s so easy to use. You just double tap your power button and/or the side button on your phone, and it’ll pull up your credit card and allow you to pay with either face ID or touch ID. So this is going to be up in the air for how successful this platform is.

Five healthy digital habits It's not too late to make resolutions that will make your digital life safer and more convenient, say Kaspersky experts

All the new TV series to watch on Netflix, Disney+, Amazon Prime Video, Apple TV+ and more this February 2023

Biden team weighs fully cutting off Huawei from US suppliers

What Is The Song In Apple's RIP Leon iPhone 14 Commercial?

Tyre Nichols' death has reignited the debate around police brutality. Here are 5 proven ways to reduce it - and 2 strategies that don't work.

Apple HomePod vs HomePod 2: which is better?


View more: Apple HomePod vs HomePod 2: which is better?

Apple to launch foldable iPad in 2024, no new iPad coming in next 9-12 months: Analyst

iPad Pro (2022) starts at Rs 81,900 in India. Noted Apple analyst Ming-Chi Kuo believes that Cupertino will launch a foldable iPad in 2024. This could be Apple’s first device with a folding display. Aside from that, the analyst says that no new iPad is coming in the next ...


View more: Apple to launch foldable iPad in 2024, no new iPad coming in next 9-12 months: Analyst

A new glowing medical material is being touted as a promising alternative to mesh implants and internal stitches. Researchers at Melbourne's RMIT University developed the antimicrobial suture material using a combination of iodine and tiny nanoparticles called carbon dots. The carbon dots are inherently fluorescent but their brightness can ...

It was straightforward to use, though Siri can still learn a thing or two (The Independent) Apple released its first smart speaker in 2018, and the HomePod was widely praised for its audio quality. But despite being universally adored, the device was unceremoniously discontinued in 2021 without any explanation, ...

Chinese tech giant Xiaomi has established two corporate governance bodies in the wake of major management reshuffles at its China and India business operations, as the company battles slumping sales in both markets amid weakening global demand for smartphones. Xiaomi has set up a Corporate Operations and Management Committee ...

Mars shines bright in night sky as it vanishes behind moon

Lunar occultations involving planets are relatively rare, but there are a few more coming up in the next few weeks and months - with Jupiter tipped to be visible from northern parts of the UK on a date in mid-May.


View more: Mars shines bright in night sky as it vanishes behind moon

Dolphins and humans can team up to go fishing. Scientists now understand why.

Apple iPad fans may get a surprise next year in shape of a foldable iPad, check details

Foldable iPad may launch early 2024, according to top Apple analyst

Apple's M2 Mac mini has already got a UK price cut, but you'll need to be quick

Amazon, Apple, Alphabet and Meta to report earnings this week – What to expect

Apple to enter the foldable fray in 2024 - with an iPad, not an iPhone

Foldable iPad could arrive as early as next year, claims noted Apple analyst

How to charge an Apple Pencil

How to use the Apple HomePod’s temperature and humidity sensors

When it comes to enjoying Apple's ecosystem, fewer devices is more

9 diseases that keep epidemiologists up at night

For the Emperor: Rare multi-crowned pineapples a prized offering for CNY