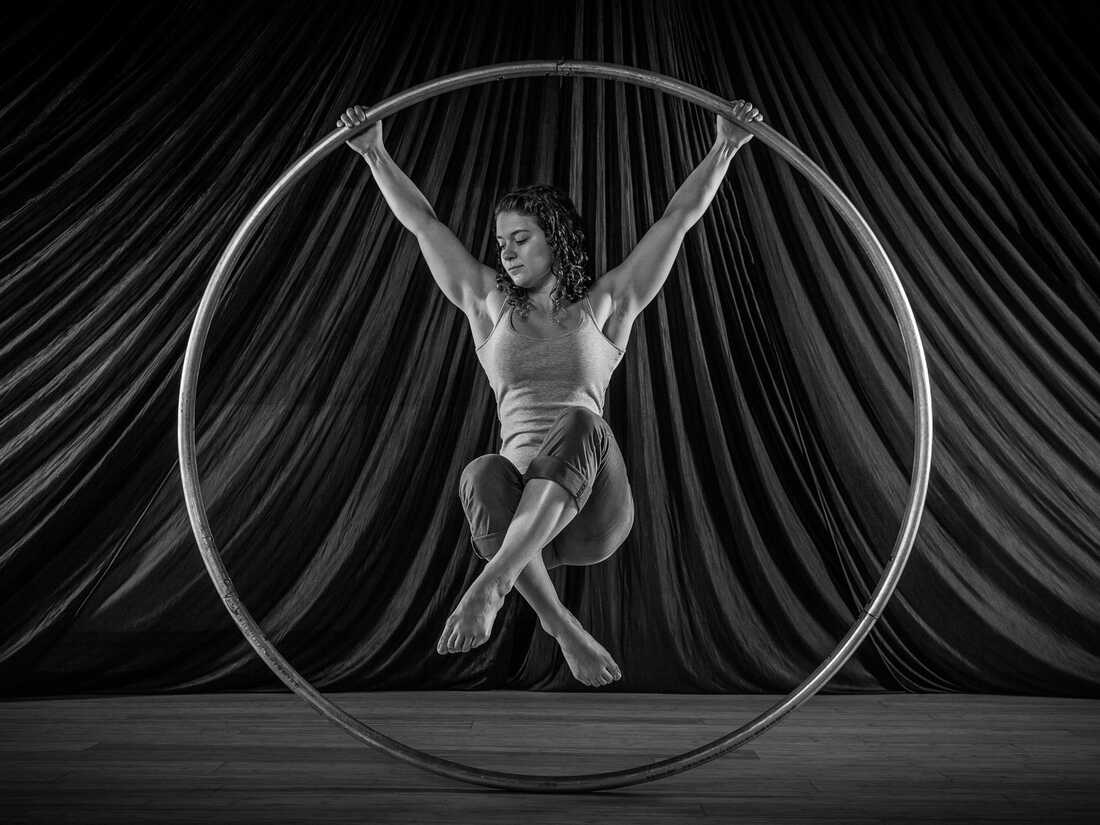 Julia Ruth’s job takes a lot of strength, a lot of balance, and a surprising amount of physics. She’s a circus artist — and has performed her acrobatic Cyr wheel routine around the world. But before she learned her trade and entered the limelight, she was on a very different career path — she was studying physics. Julia talks with Emily (who also shares a past life in the circus) about her journey from physicist to circus artist, and how she learned her physics-defining acts.

This circus trip was produced by Margaret Cirino, edited by Rebecca Ramirez and Gisele Grayson, and fact checked by Rachel Carlson. The audio engineer was Robert Rodriguez.