As India’s Maruti Suzuki drives deeper into EVs, will its rivals leave it in the dust? Maruti Suzuki, India’s top carmaker, unveiled the prototype of its first all-electric car at the country’s biggest motor show earlier this month, signalling that the New Delhi-based giant is finally ready to make the jump into EVs.

Nearly every second car sold in India is a Maruti-Suzuki, but over a year ago its market share slipped when it lagged behind in launching compact sports utility vehicles. Fans are now wondering if its move into all-electric vehicles will be too little too late, with its first EV not planned to appear on the market until 2025. 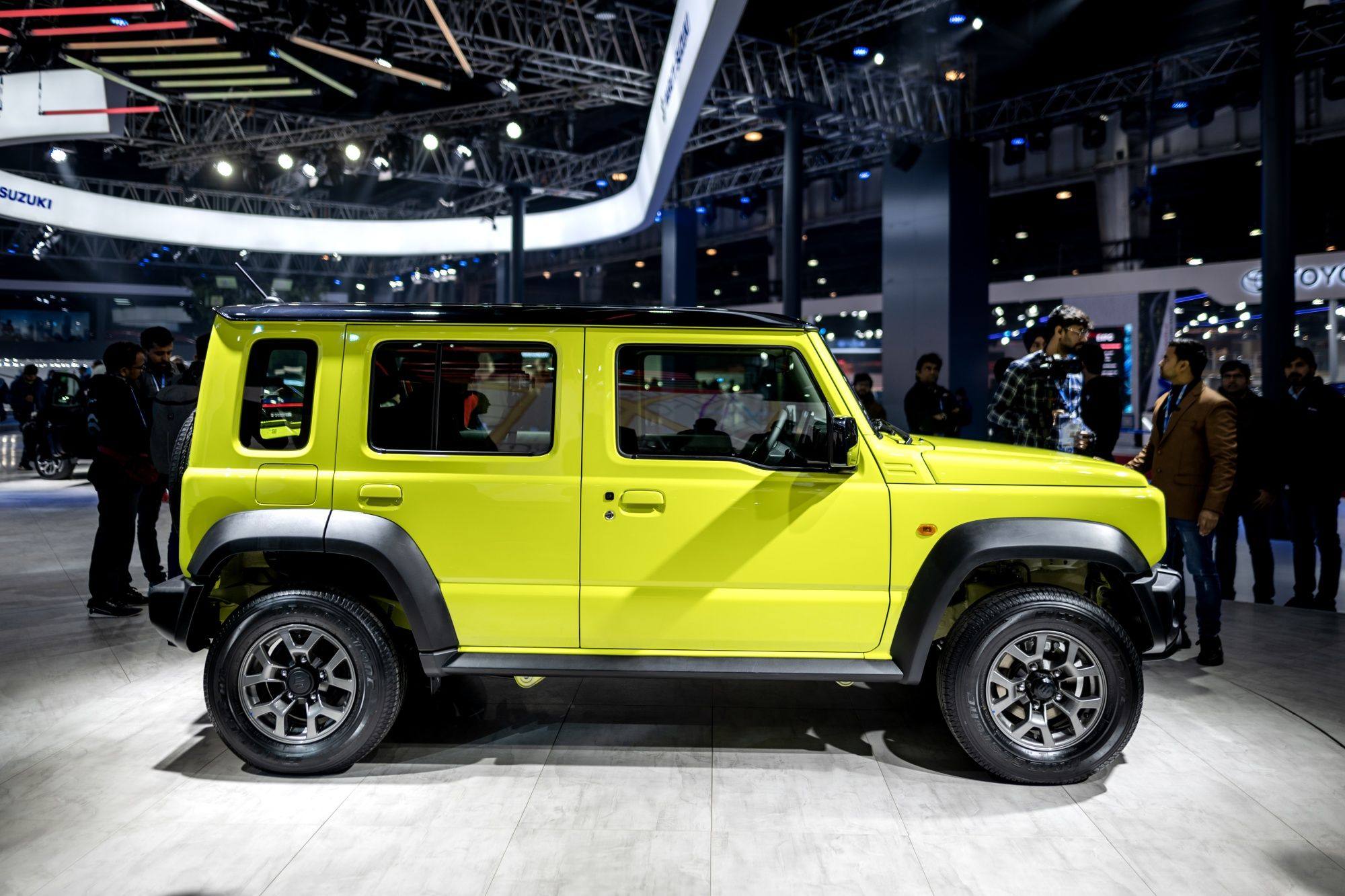 Maruti said it was optimistic about electric car demand in India, but that in order for such vehicles to become mainstream, the “presence of a strong EV charging station network is crucial for mitigating range anxiety, and for faster EV adoption”.

“We expect demand for EVs will see a gradual rise over the years to come,” the company told This Week in Asia.

The Indian government has been keen to encourage EV sales to clean up emissions, offering concessions such as a 5 per cent general sales tax compared to 29 per cent to 50 per cent for fossil fuel cars.

Maruti plans to rely on hybrid cars as it transitions to all-electric vehicles.

“We believe that hybrid technology is instrumental in the shift towards carbon neutrality … It will take some time for EVs to go mainstream,” the company said. “We believe the path to electrification will be paved by hybrids.”

Maruti launched the Grand Vitara Intelligent electric hybrid in September last year and also has other hybrid cars for its Brezza, Ertiga, XL6 and Ciaz models.

Currently, electric vehicles account for less than 2 per cent of India’s car market, but the government is aiming to increase this proportion to 30 per cent by 2030.

Maruti is expected to face stiff competition, with other car manufacturers already having electric vehicle variants or planning to launch them, analysts say. However, the pickup in electric vehicle penetration “will also depend on the development of the EV charging infrastructure”, said Kaustubh Chaubal, senior vice-president at Moody’s Investors Service.

Wealthy consumers in India mostly buy EVs as a second car or to try out the new technology. Electric vehicles typically cost about 50 per cent more than fossil-fuel models because most of the parts are imported, and are generally priced between 1.5 million and 5 million rupees (US$18,500 to US$61,500).

Analysts expect EV sales to take off in the coming months as manufacturers prepare to lower costs by boosting localisation to make parts locally.

India’s Tata Motors, which has a lion’s share of the EV market, showcased five such cars at the auto show, while Hyundai Motor rolled out the Ioniq 5 electric sports utility vehicle.

China’s MG Motors – which displayed an all-electronic hatchback and a plug-in hybrid SUV at the car show – reportedly plans to launch three EVs in India by the end of next year.

Prominent Indian automobiles manufacturer Mahindra and Mahindra said it would roll out its XUV 400 electric sports utility vehicle in March at an introductory price of 1.59 million rupees.

It also recently unveiled five electric prototypes that it said would be introduced in the next few years.

“We believe that the future is focused more on electric rather than hybrid,” said Rajesh Jejurikar, executive director for auto and farm sectors at the Mahindra Group. “The government policies for electrification of India’s PV (passenger vehicle) industry … are also oriented towards early adoption of pure electric vehicles and related technologies,” Jejurikar said, citing programmes such as Production Linked Incentives that aim to promote use of such vehicles and lower manufacturing costs.

India currently has around 2,700 charging stations, with the number expected to increase to 10,000 by 2025. The country is likely to need more than 2 million stations by 2030 as it works to improve its charging infrastructure.

Analysts say the launch of new EV models could push up sales, as many of the current ones in use on Indian roads are replicas of fossil fuel cars.

“The sale of e-cars has more than doubled between 2021 and 2022 [to around 40,000], and we expect the trend to continue this year,” said Spurthi Ravuri, a senior associate at Indian research think tank Centre for Study of Science, Technology and Policy.

About one-third of the new EV models are expected to be priced between 1 million and 1.2 million Indian rupees, she said – about the same as a company sports utility vehicle – as domestic manufacturers ramp up production using locally made parts, slashing imports.

Observers said Maruti’s plan to transition gradually to EVs is a sensible strategy, given its huge production volume and sprawling service network.

“We believe that there will be room for hybrid models for some time to come before we get into 100 per cent electric vehicles,” said Jinesh Gandhi, deputy head of research and auto analyst at Motilal Oswal Financial Services.

Puneet Gupta, director of mobility at S&P Global, said Maruti could lose a chunk of profits if it suddenly switched its production and service network to focus solely on electric vehicles.

“You can’t compare them to players with lesser volumes. Maruti has to get into EVs without disrupting the present ecosystem,” he said.

The magic of Cole Caufield and Nick Suzuki

Not too long ago, moto media and vloggers expressed their happiness after riding the new Suzuki Avenis 125 scooter. Now, let’s hear what these club presidents from different Suzuki motorcycle clubs have to say about the new Avenis. Suzuki Avenis surprises all of its capability and ride comfort The ...

The average rent for properties in South Africa currently sits at R7,971 per month across all nine provinces, ranging from as low as R5,468 in Northwest to as high as R9,462 in Western Cape, reported BusinessTech. As car prices continue their rampant rise in the country, it’s very easy ...


View more: Cars you can buy for the same price as the average rent in South Africa

The new BAIC Beijing X55 is now on offer in the country and its starting price of R394,900 has certainly gotten the public talking. The X55 is an all-new crossover from BAIC’s Beijing sub-brand and is impressively specced for its bracket while boasting one of the more powerful engines, ...

Did a hill station ride on my Suzuki Gixxer SF 250: Key observations

While this short hill station ride was great, a couple of things about the Gixxer SF 250, weren’t. For one, it had a tough time dealing with high altitudes. BHPian neil.jericho recently shared this with other enthusiasts. Recently, I did a solo ride to the hill stations of Munnar ...

Looking for a bike that is comfortable to sit and ride inside the city as well as occasional long rides for 500-600kms. BHPian Livnletcarsliv recently shared this with other enthusiasts. I am in my late 30’s. I am almost 6 ft tall. My current ride is a Honda Activa ...

We’re coming up on the Tokyo Auto Salon in January, and that means a lot of the new JDM cars will be debuting for the first time. One such debut is the 2023 Damd Hustler Country. It is a modified Suzuki Hustler from Damd aftermarket company. Let’s be honest, the ...

No, You Can’t Buy This Cheap Jeep Wrangler Alternative

Álex Rins wants to do on LCR Honda what he did at Suzuki: 'A winning bike'

What do these media and vloggers have to say about the new Suzuki Avenis?

Most of Suzuki's MotoGP Bikes Will Be Crushed

Living With The Maruti Suzuki XL6

2024 Maruti Suzuki Swift, Dzire rumoured to launch with Strong Hybrid system; will get 35 to 40 kmpl mileage