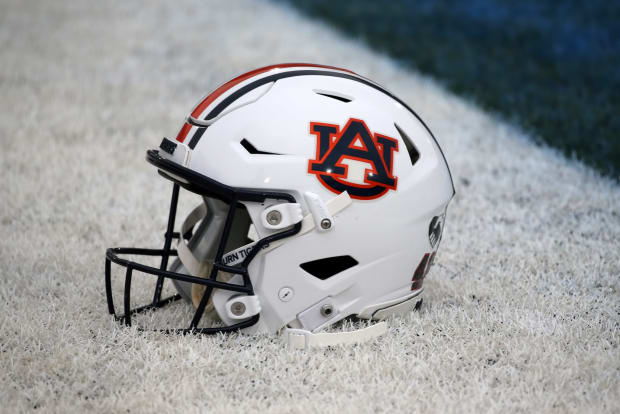 BIRMINGHAM, AL – DECEMBER 28: A general view of an Auburn helmet at the TicketSmarter Birmingham Bowl between the Houston Cougars and the Auburn Tigers on December 28, 2021 at Protective Stadium in Birmingham, Alabama. (Photo by Michael Wade/Icon Sportswire via Getty Images)

Auburn University’s administration is reportedly “pushing back” on the programs coaching search after losing out on Lane Kiffin once he re-upped with the Rebels.

According to Chris Dodd of CBS Sports, higher-ups at Auburn are very unhappy after sinking most of their eggs into the Kiffin basket, only for him to go back to Ole Miss.

Reporting, “Plan A was Lane; Plan B was Freeze. Don’t know if Auburn had a Plan C. Bears watching.”

Freeze also addressed the situation over the weekend, being very open about his interest in the Tigers job. Saying of his players and staff at Liberty:

I’m not one to tell them something that’s not true … Is the job everyone is talking about one that I would have an interest in talking with? Sure. That doesn’t mean they have offered me a job.

Others have made the push for interim Cadillac Williams to be considered for the full-time position, but it’s not clear if that’s the direction Auburn would like to go in.