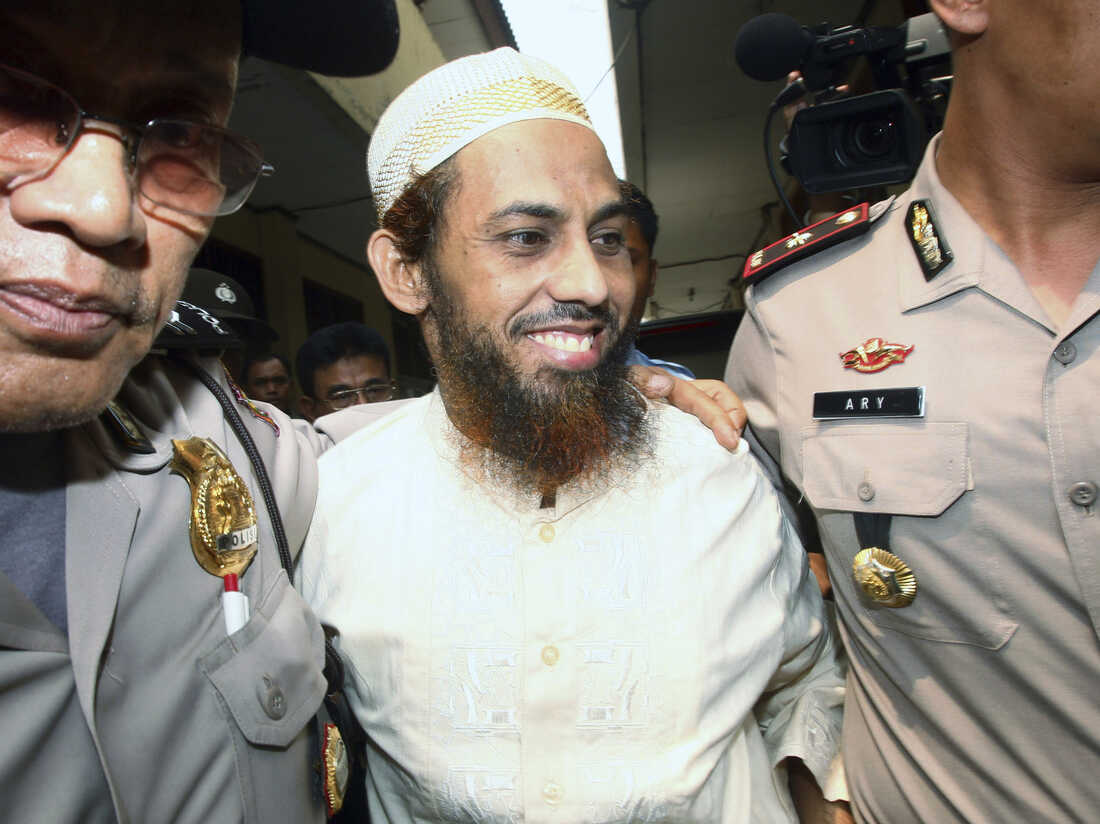 CANBERRA, Australia — Australia’s leader said Friday that it’s upsetting that Indonesia has further reduced the prison sentence of the bomb-maker in the Bali terror attack that killed 202 people — meaning the terrorist could be freed within days if he’s granted parole.

That means Patek could be released on parole ahead of the 20th anniversary of the bombings in October.

“This will cause further distress to Australians who were the families of victims of the Bali bombings,” Albanese told Channel 9. “We lost 88 Australian lives in those bombings.”

Albanese said he would continue making “diplomatic representations” to Indonesia about Patek’s sentence and a range of other issues, including Australians currently jailed in Indonesia. Albanese described Patek as “abhorrent.”

“His actions were the actions of a terrorist,” Albanese told Channel 9. “They did have such dreadful results for Australian families that are ongoing, the trauma which is there.”

Indonesia often grants sentence reductions to prisoners on major holidays such as the nation’s Independence Day, which was Wednesday.

Patek received a 5-month reduction on Independence Day for good behavior and could walk free this month from Porong Prison in East Java province if he gets parole, said Zaeroji, who heads the provincial office for the Ministry of Law and Human Rights.

Zaeroji, who goes by a single name, said Patek had the same rights as other inmates and had fulfilled legal requirements to get sentence reductions. “While in the prison, he behaved very well and he regrets his radical past which has harmed society and the country and he has also vowed to be a good citizen,” Zaeroji said.

Patek was arrested in Pakistan in 2011 and tried in Indonesia, where he was convicted in 2012. He was originally sentenced to 20 years imprisonment.

With his time served plus sentence reductions, he became eligible for parole on Aug. 14. The decision from the Ministry of Law and Human Rights in Jakarta is still pending, Zaeroji said. If refused parole, he could remain jailed until 2029.

Patek was one of several men implicated in the attack, which was widely blamed on Jemaah Islamiyah, a Southeast Asian militant group with ties to al-Qaida. Most of those killed in the bombing on the resort island were foreign tourists.

Another conspirator, Ali Imron, was sentenced to life. Earlier this year, a third militant, Aris Sumarsono, whose real name is Arif Sunarso but is better known as Zulkarnaen, was sentenced to 15 years following his capture in 2020 after 18 years on the run.

Erik de Haart, a survivor of the bombings, said said there was little the Australian government could do about Patek’s reduced sentence. He told Seven’s Sunrise that the time for that had passed.

“When you consider all of the financial aid we’ve given (Indonesia) over the years, with the disasters they have had, they seem to keep rubbing our noses in it,” de Haart said.

Dress of the day: The £45 ‘all rounder’ to add to your autumn wardrobe

The M&S midi dress worth adding to your autumn wardrobe. (Marks & Spencer / Yahoo Life UK) Autumn is a tricky time of year when it comes to clothes. Not only is it hard to get your head around covering up again, but there can be a risk of ...


View more: Dress of the day: The £45 ‘all rounder’ to add to your autumn wardrobe

How Can HR Managers Make Use of Employee Sick Leave Data?

We naturally want our employees to show up for work happy and healthy, but a long string of absences is often concerning. But don’t jump to conclusions—there’s usually a good reason why your staff aren’t coming in as often. Sick leave data can help shed light on the situation.


View more: How Can HR Managers Make Use of Employee Sick Leave Data?

The spooky season is, of course, also the television season. From vampires to ghosts, spectres to ghouls, comedies to dramas, thrillers to slashers – there’s something for everyone on television this Hallowe’en. Here’s all the best new and upcoming Hallowe’en themed releases coming to BBC iPlayer, Netflix, Amazon Prime Video ...

Spark for Mac redesign focuses on boosting your productivity

Spark for Mac gets a big redesign. Photo: Readdle Popular email client Spark is getting a significant redesign for Mac. It completely overhauls how you approach your inbox, with features like priority email, Smart Inbox, and a Command Center. Spark is also moving towards a premium model with a ...

Kym Marsh was all smiles as she cut a sporty figure while heading to Strictly Come Dancing rehearsals on Tuesday. The former Coronation Street star, 46, who is partnered with Graziano Di Prima, seemed in high spirits as she prepared to learn a new dance for movie week. Her appearances ...


View more: Strictly's Kym Marsh cuts a casual figure in a leather jacket as she heads to rehearsals after admitting she was scared she would vomit mid-routine

Chicago Voted ‘Best Big City in the US' By Condé Nast Traveler For 6th Year in a Row. Here's Why

According to the magazine, the win has made history


View more: Chicago Voted ‘Best Big City in the US' By Condé Nast Traveler For 6th Year in a Row. Here's Why

Ontario is putting an additional $342 million toward energy efficiency programs, including paying some customers to run their air conditioning less on hot summer days. Energy Minister Todd Smith had asked the Independent Electricity System Operator to suggest new conservation initiatives and he is announcing today that he is accepting ...

Covid-19 public inquiry: when did investigation into UK’s handling of pandemic begin - and modules explained

US to require more rest between shifts for flight attendants

Loretta Lynn, 'Coal Miner’s Daughter' whose frank songs about Appalachian womanhood made her a country icon, dies at 90

How Polio Came Back to New York for the First Time in Decades, Silently Spread and Left a Patient Paralyzed

Here are the finalists for the 2022 National Book Awards

Pep Guardiola: No one can compete with Manchester City star Erling Haaland