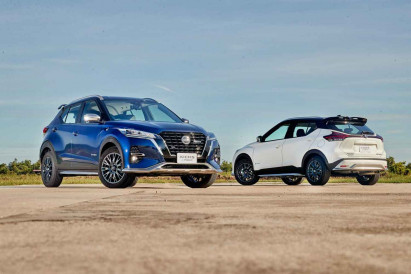 Nissan has witnessed a significant jump in sales of its Kicks e-POWER thanks to attractive upgrades as well as pricing adjustments for all four variants.

First introduced in 2020, the Kicks e-POWER featured a series hybrid system that works like an EV, with its 1.2-litre petrol engine being used to drive the electric generator instead of the wheels.

This gives the Kicks e-POWER an EV-like character, as the generator charges the battery as well as powers the electric motor that drives the front wheels.

While both the Covid-19 pandemic and semiconductor shortage forced automakers to go through major changes last year, Nissan was able to come up with an updated version for the Kicks e-POWER equipped with a second-generation hybrid system with more power and torque, as well as a bunch of new features.

The pricing of the Kicks e-POWER has been significantly lowered too. For example, the VL formerly sold at 1,049,000 baht, but now retails at only 899,000 baht.

The top Kicks e-POWER AUTECH variant reviewed in this issue, meanwhile, costs just 949,000 baht, making it one of the best buys in this segment. Other competitors include the Honda HR-V, Mazda CX-30 and the Toyota Corolla Cross, all priced above 1 million baht, as well as the sub-1 million baht Haval Jolion and even the MG4 electric car.

The AUTECH variant I drove features a “premium sporty” look designed by Autech Japan, a Nissan subsidiary famous in terms of car personalisation.

Apart from the V-Motion front grille, LED lights and “floating” roofline, there are newly-designed skirts all-round, as well as a stylish rear spoiler and a rear finisher panel connecting the boomerang LED tail lights.

Exterior highlights include silver accents at the front, on the side and at the rear skirt, black roof and black 17in alloy wheel with 205/55 Continental EcoContact6 tyres.

The interior also gets upgrades including a new centre console and gearshift knob, leather seat upholstery with blue stitching, piano black inserts, newly-designed cupholders and a big increase in soft-touch areas both on the console and door panel.

The multi-function steering wheel is covered in leather with blue stitching and is adjustable for both reach and rake. Both front seats are compact and firm rather than comfy and come with just manual adjustment.

The instrument panel features a 7-inch colour display taking up most of the space, but the setback is that the speedometer located on the right-hand side is still analogue (similar to the Almera eco-car).

The 8-inch touchscreen is sensitive and easy to use and features Intelligent Around View Monitor although the images aren’t very sharp. There’s also an Intelligent Rearview Mirror camera that comes in handy when the mirror is blocked by objects in the cabin.

In terms of connectivity, there’s Apple CarPlay and Android Auto as well as Nissan Connect and voice recognition. There’s a USB port in front and two more for the rear passengers, a 12V outlet (ours was fitted with a USB adaptor) and AUX-IN.

The rear seat backrest is split-foldable which helps increase the 423 litre luggage space when needed. There’s just enough headroom for adults at the back, but there’s not much legroom and the size of the headrest is ridiculously small.

There’s also an ambient light switch that allows you to choose between eight illumination colours.

In terms of safety, the Kicks e-POWER AUTECH comes with the full package including six airbags and Nissan Intelligent Safety.

There are some signs of cost-cutting, although I’m not complaining. For example, the windshield wipers aren’t automatic and there’s no wireless charger or powered rear tailgate.

The new Nissan Kicks e-POWER still comes with the 1.2-litre three-cylinder petrol engine with 82hp and 103Nm, but comes with a second-generation e-POWER system with an integrated electric motor and inverter sharing the same housing that helps lower weight by 30%.

Meanwhile, the size of the four-module 96-cell lithium-ion battery has also been increased to 2.06kWh. Nissan claims that as a result, the maximum output from the electric motor has been raised from 129hp to 136hp, while the maximum torque is up from 260Nm to 280Nm.

Despite the power increase, the average fuel consumption remains at 23.8kpl, which is achievable in real life. During our test, I averaged about 20kpl in real-world driving.

The series hybrid system in the Kicks e-POWER offers good acceleration from the electric motor, making this a fun car to drive. The only difference compared to an EV is the noise from the petrol engine that blares out during heavy acceleration.

Apart from normal, sport and eco-driving modes, the Kicks e-POWER also comes with an EV mode that is engaged via a button on the centre console. There’s not much range, but should be enough for short runs to the convenience store, and you won’t disturb neighbours late at night since there’s no engine sound.

The e-pedal mode is convenient once you get used to it (feels like a golf cart) and helps maximise energy regeneration back to the battery while decelerating.

The Kicks e-POWER is nice to zip around in the city, with its 10.2m turning circle being helpful in tight spaces. The steering is light and responsive, offering precise cornering.

The suspension comprises struts at the front with stabiliser and a torsion beam at the rear, while brakes are discs all-round. The handling of the Kicks e-POWER is a plus, but ride comfort isn’t its strong point.

The suspension can feel harsh when going over sharp speed bumps or deep potholes, but in general, there’s enough damping to keep occupants comfortable most of the time.

Nissan has done an impressive job in revitalising the ageing Kicks e-POWER with cosmetic changes and increased performance as well a higher level of luxury, along with a huge price reduction across the model range. 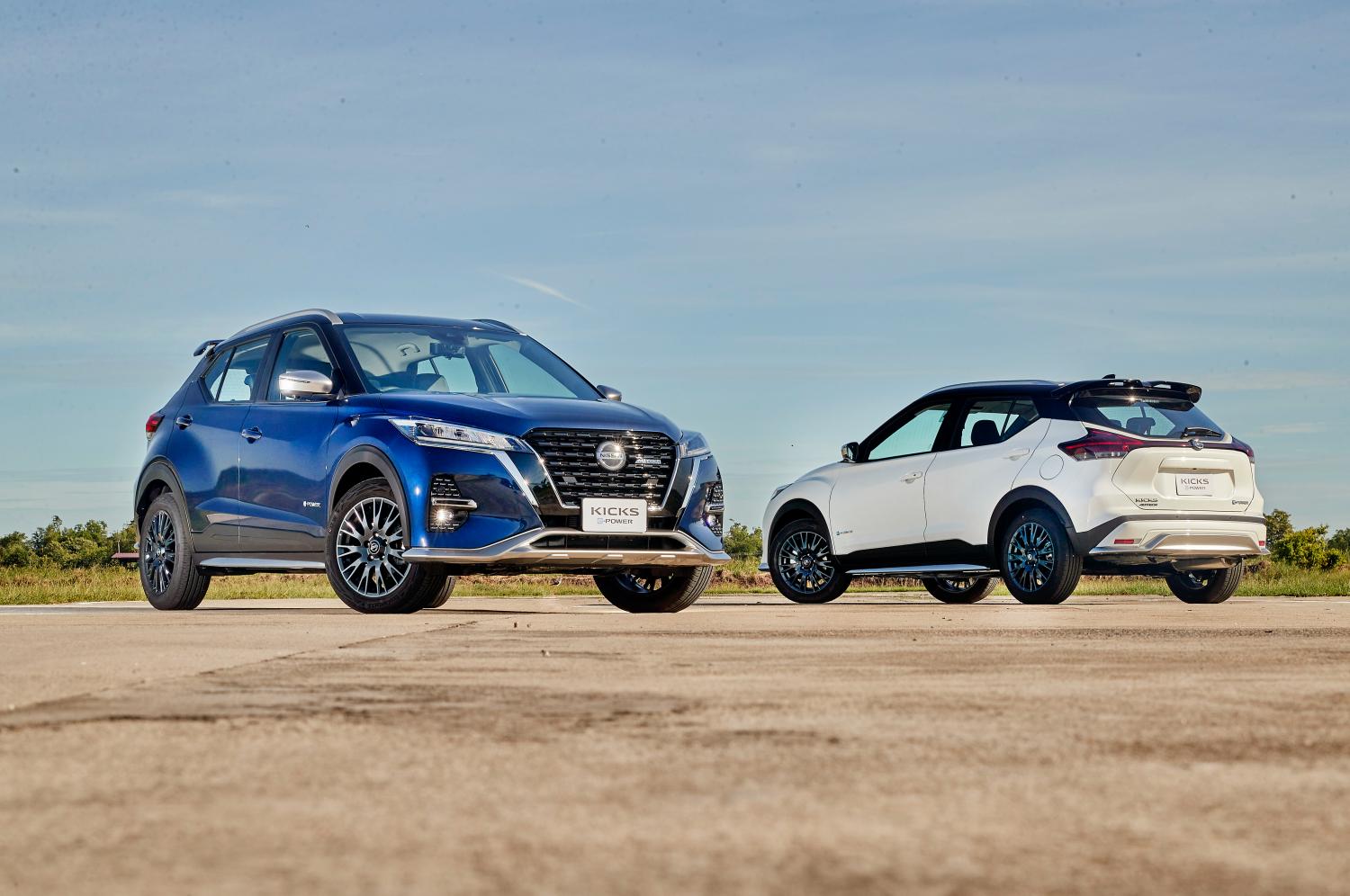 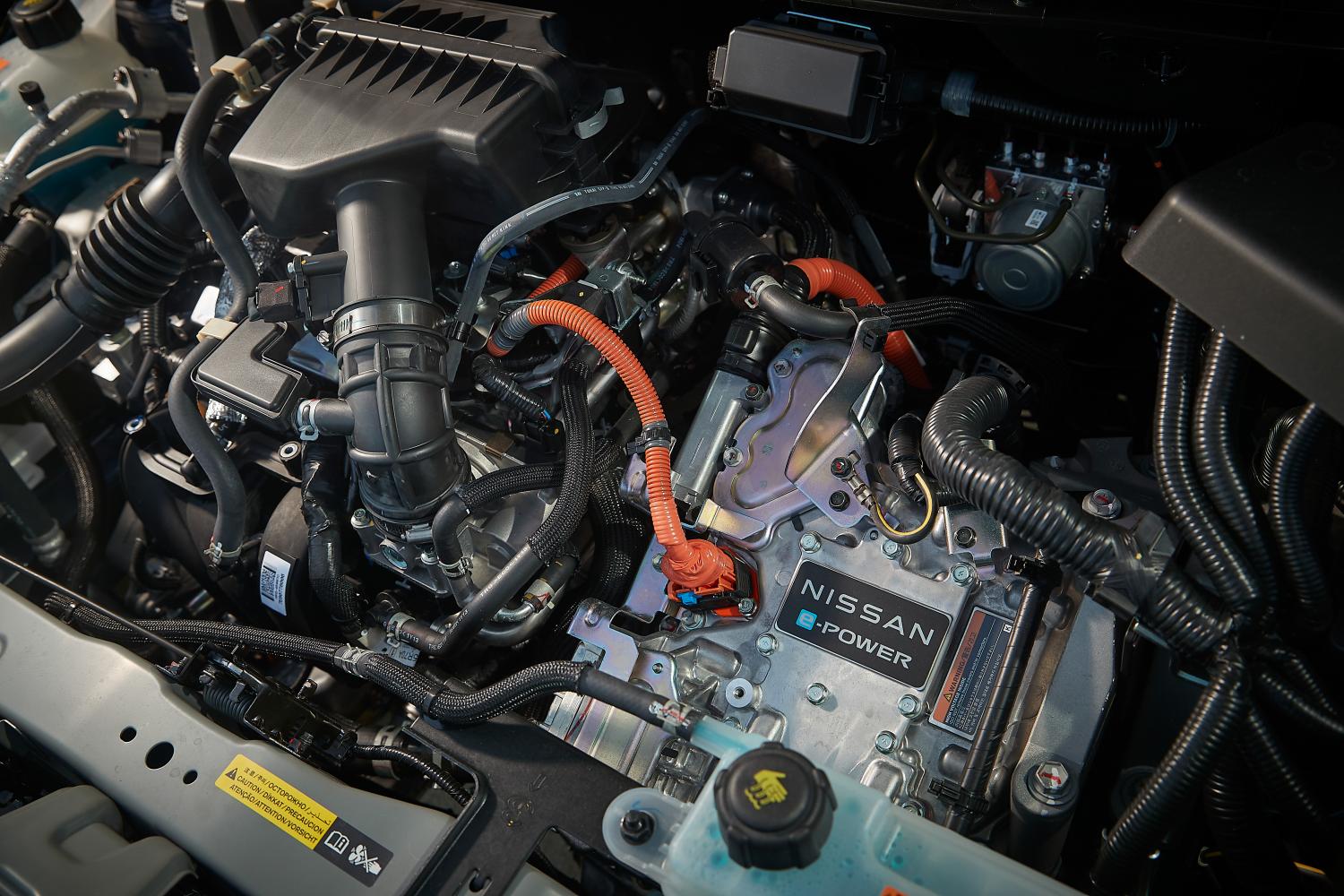 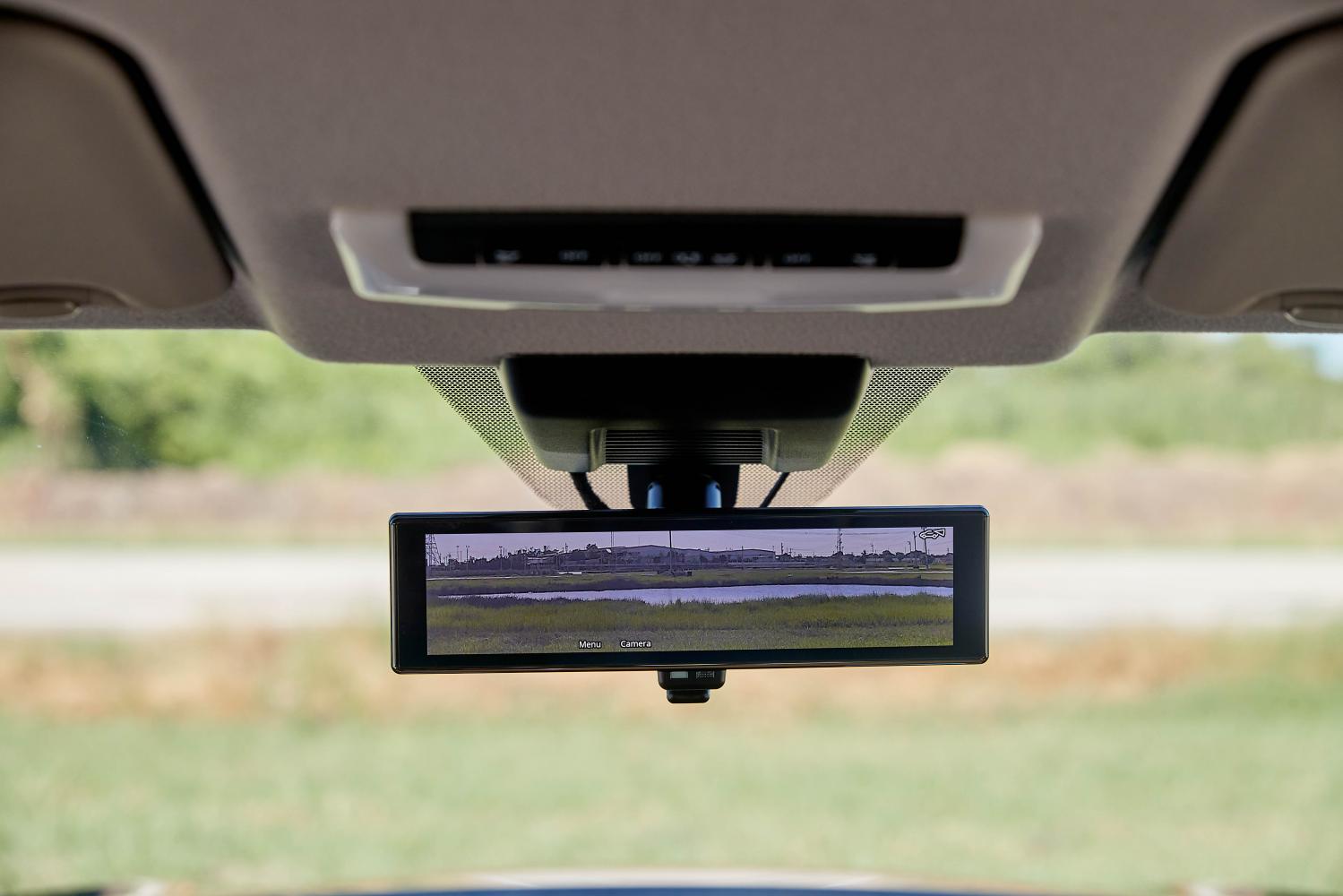 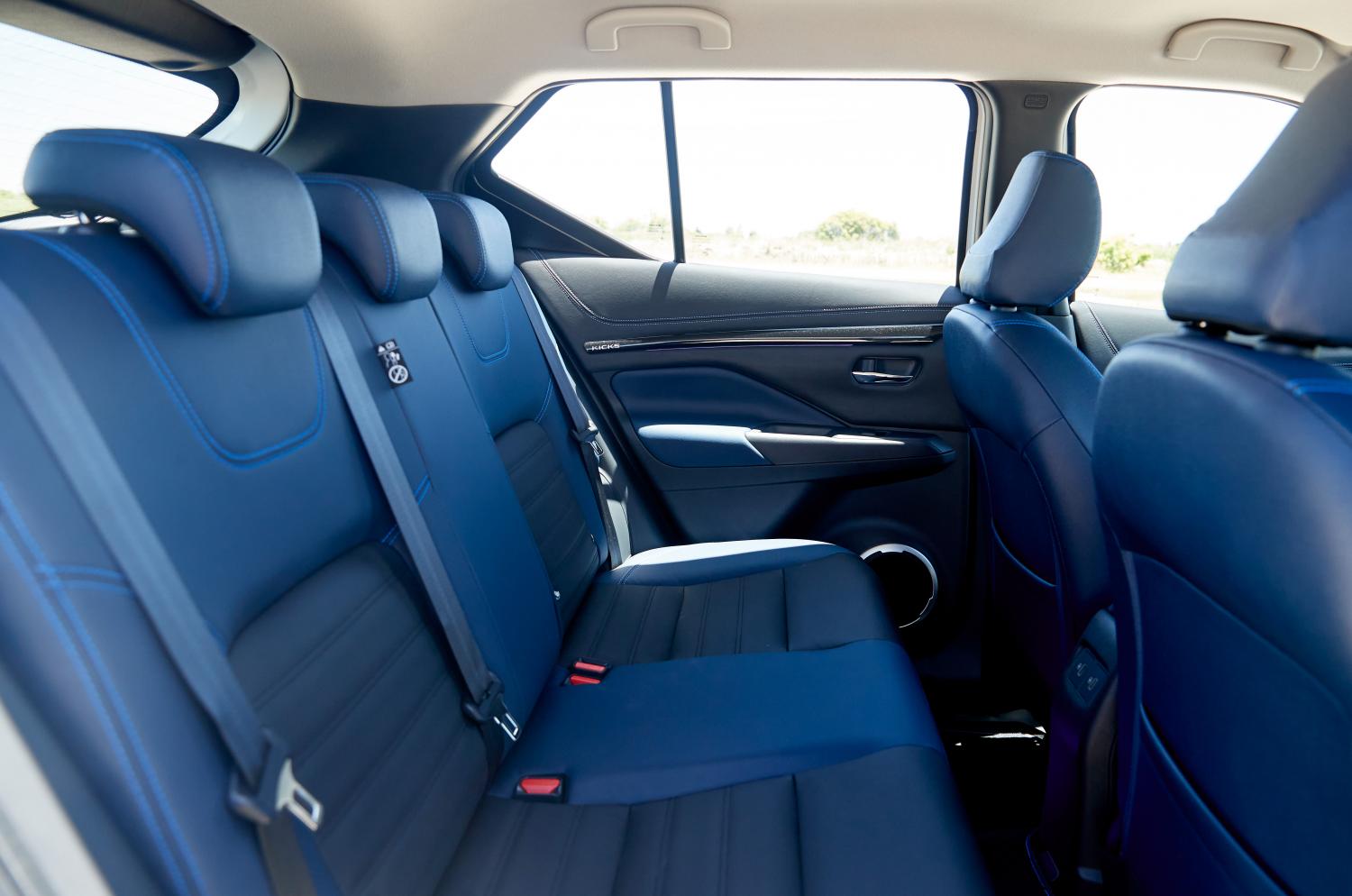 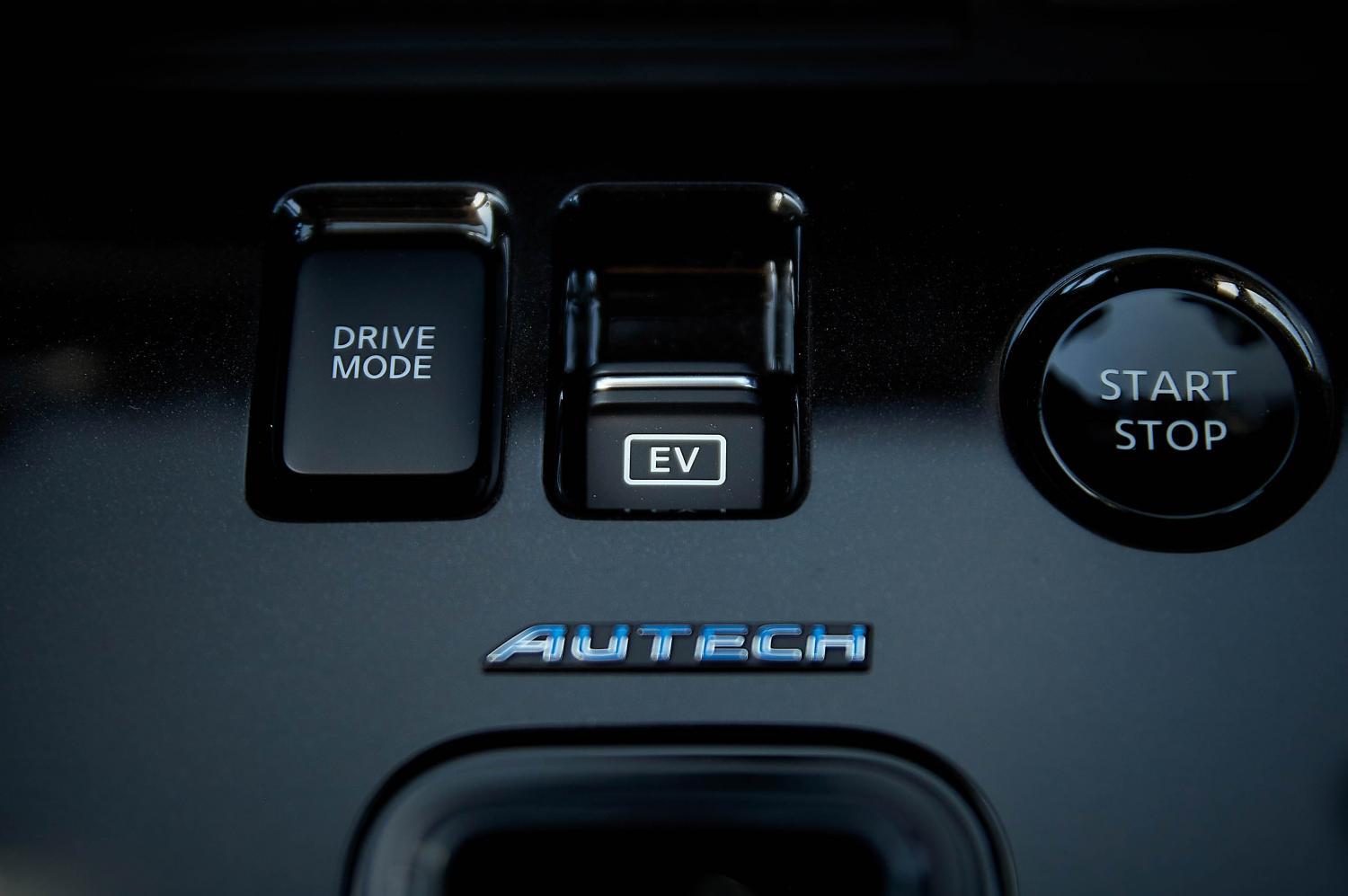 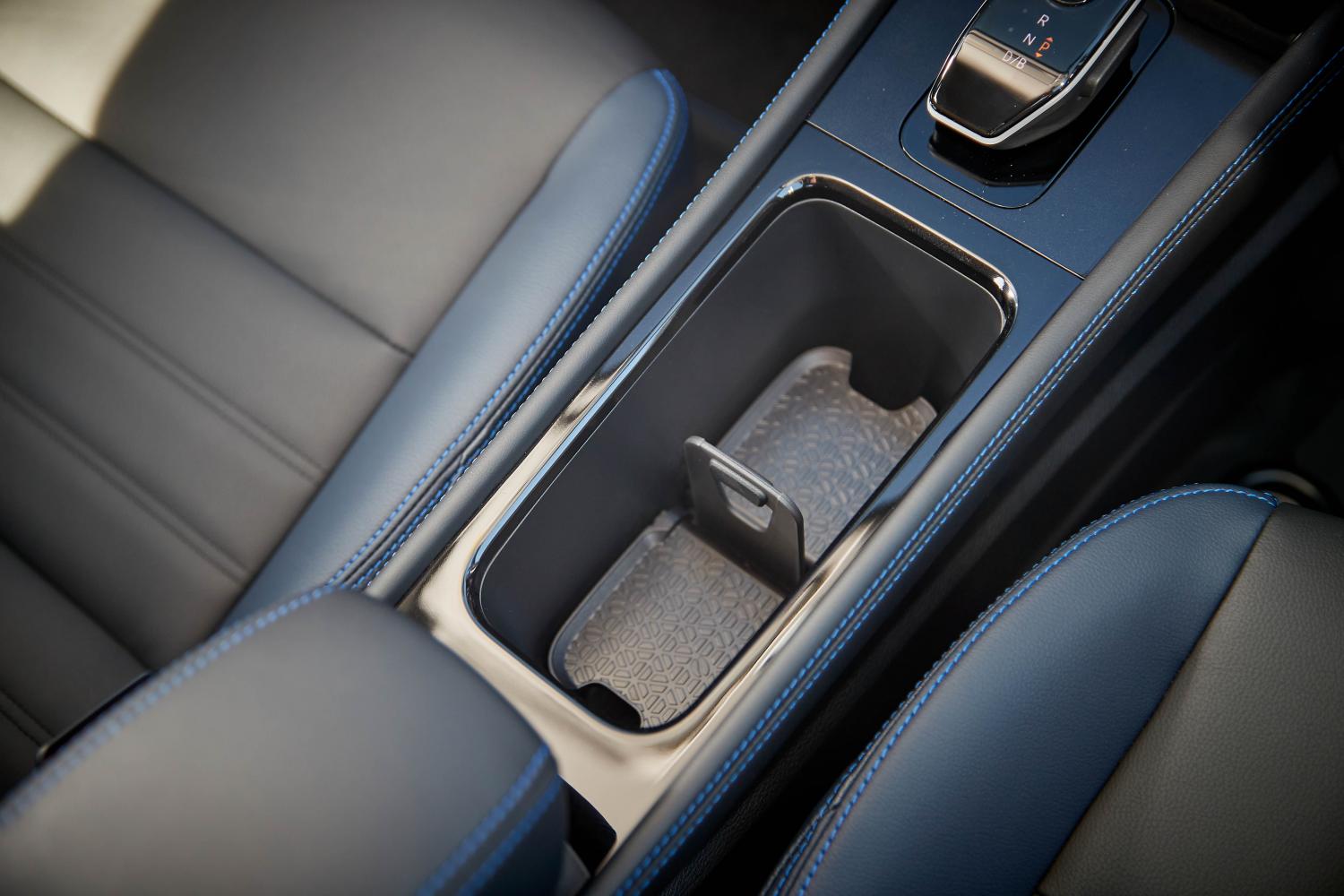 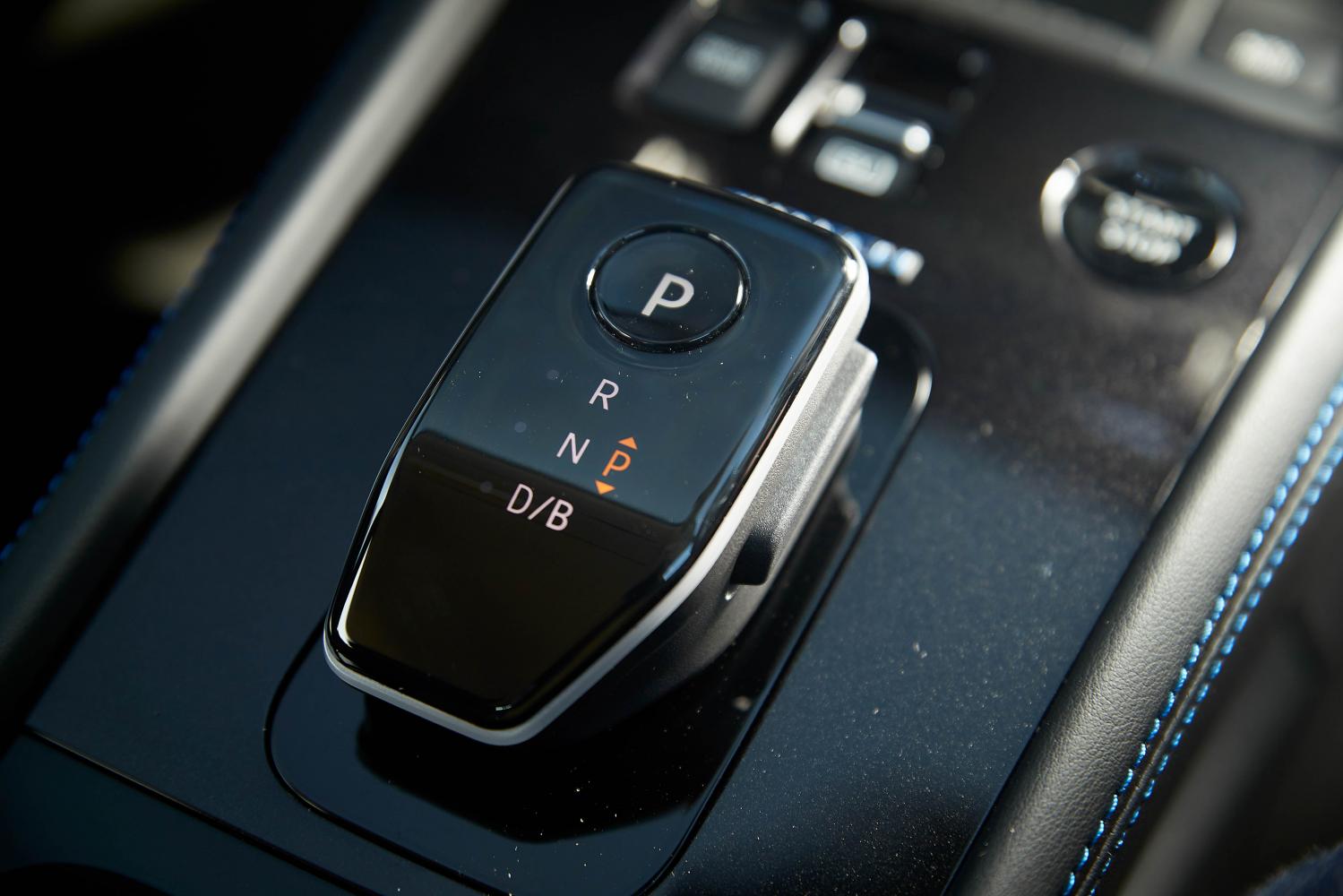 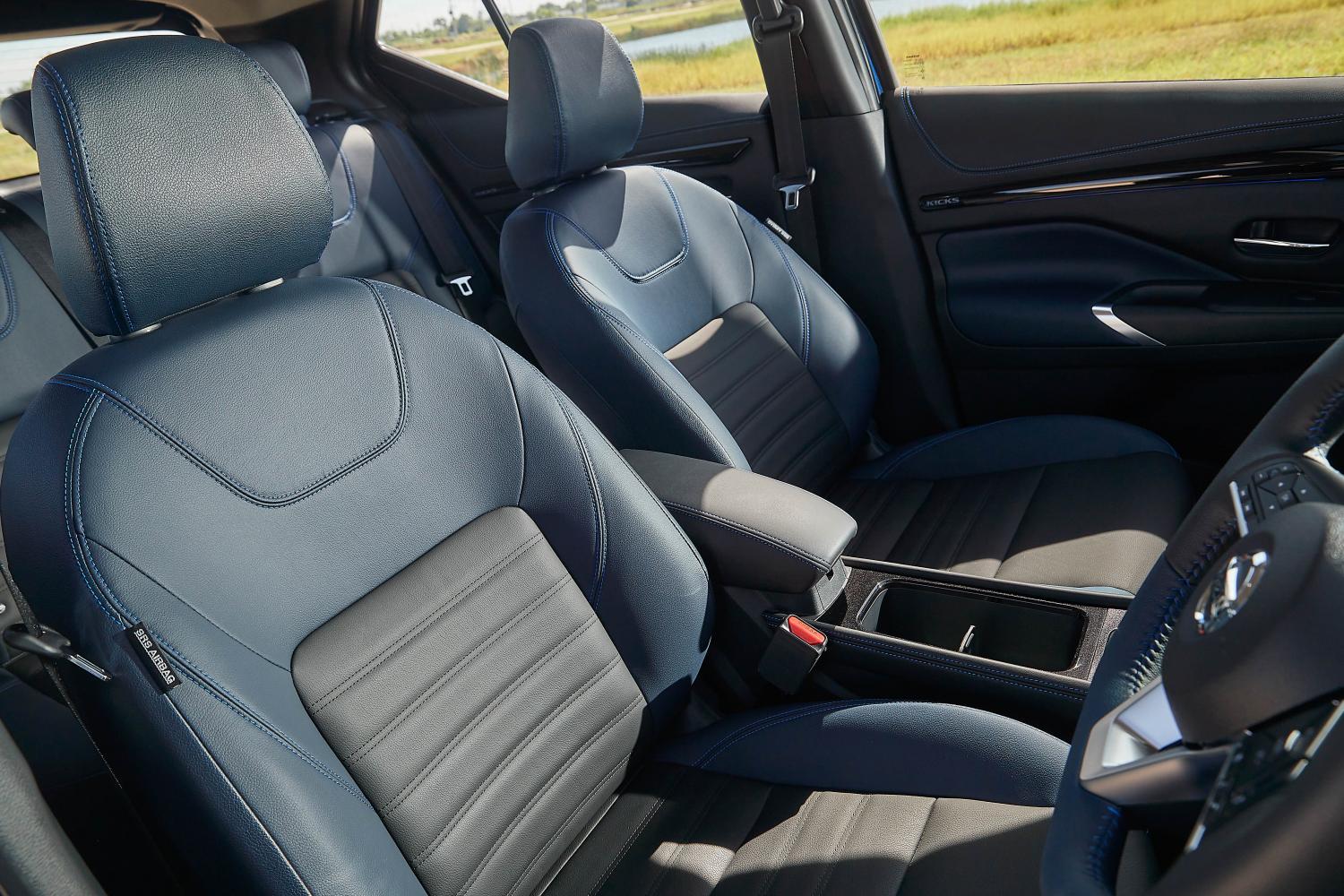 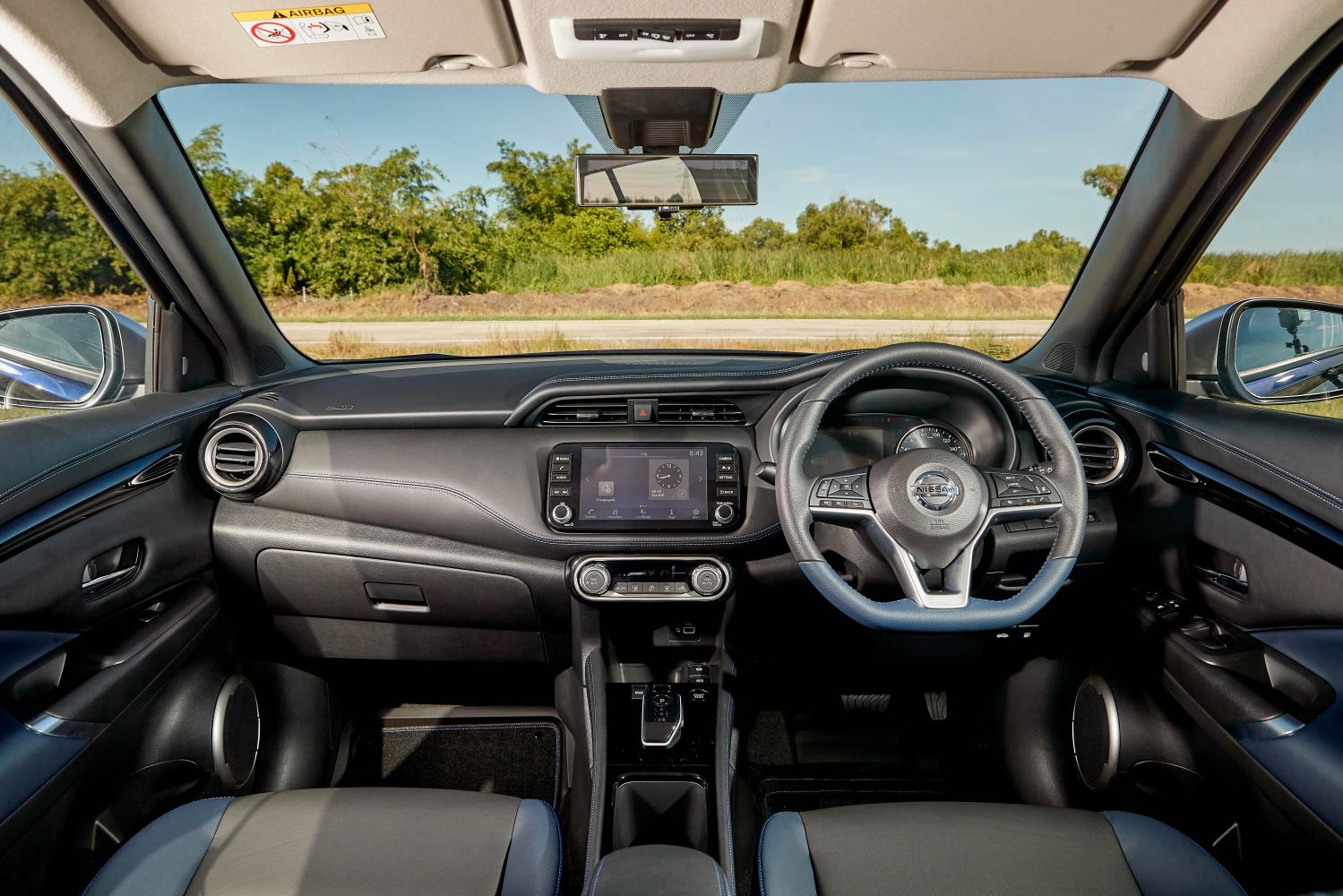 Is This ’87 Nissan Hardbody With Only 1,100 Miles Better Than a New Ford Maverick

What Happened to the Nissan Titan Warrior Concept?

2006 Nissan Altima: Everything You Need to Know About Buying This Used Nissan

Steer Clear of the 2007 Nissan Altima

The 2023 Nissan Frontier S Base Model Is Basic

Consumer Reports Least Satisfying SUVs for 2023, What to Buy Instead

Is the 2016 Nissan Maxima Reliable?

Buyers and Experts Agree on the Best 2023 Nissan Frontier Trim

2023 Nissan Murano Trims: Here’s How to Choose the Best

Finding a new car, truck, or SUV is stressful enough without trying to calculate the depreciation. Recent research has revealed that certain midsize SUVs have the highest five-year depreciation rate in the market, making it crucial for buyers to be aware of these models before deciding. However, some alternative sport ...

What Does the Nissan Name Mean and Where Does It Come From?

The name Nissan is one of the world’s most recognized and successful automobile brands. Over the years, it has grown to include historic vehicles of different models that buyers of all pocket depths can choose from. Nissan is globally acknowledged as one of the best car brands to buy and ...


View more: What Does the Nissan Name Mean and Where Does It Come From?

Are you interested in purchasing the latest version of Nissan‘s popular midsize SUV? The 2023 Nissan Murano has a lot to offer, but it hasn’t changed much for the new model year. There are a few trim levels in the lineup, all of which are viable options. However, one is ...

If you’re car shopping, prepare to pay significantly more than in previous years. As the automotive market slowly rebounds from the pandemic, consumers are paying over the sticker price due to limited supply and greater demand. That includes even entry-level cars, hybrids, and EVs. Some of the best examples are Hyundai and ...


View more: Avoid the 2023 Nissan Leaf if You Want a Good Deal on a New Car Right Now

Warning: This 2016 Nissan Maxima Problem Could Cause a Fuel Leak

The Maxima has a reputation as one of Nissan’s sportiest cars. It’s also one of the more reliable sedans, especially models manufactured after 2015. The automaker vastly improved the Maxima with a better interior, more standard features, and additional horsepower. However, no amount of upgrading can exclude a car from ...


View more: Warning: This 2016 Nissan Maxima Problem Could Cause a Fuel Leak

In the final year of the Nissan Maxima, the Japanese automaker hasn’t done much to improve its full-size offering. Apart from truncating the trim levels last year, the 2023 Nissan Maxima’s Platinum trim gains heated rear seats. U.S. News named the Maxima their 2022 Best Car for Teens in the ...

This Nissan Sports Car Is the Fastest Car for the Money Says U.S. News

Over 50 years ago, the original Z car redefined what the term “sports car” meant. It combined exquisite looks, nimble handling, and forceful acceleration into a blue-collar price tag. Although times have changed, Datsun, later Nissan, followed the same recipe for each of its subsequent Z cars. After a two-year ...


View more: This Nissan Sports Car Is the Fastest Car for the Money Says U.S. News

What Is the Best Used Full-Size Truck for the Money?

The Best Used SUV For 2023 According to MotorTrend

What Is the Best 2023 Nissan Pathfinder Trim?

Is a 2023 Nissan Murano Platinum Worth the Price?

Cheapest New Nissan Car Is Most Affordable Vehicle in America

Cheapest New Nissan Car Is the Most Affordable Model in US

Best 2023 SUV to Buy According to TrueCar

1 Reason the 2023 Nissan Frontier SV Is Worth Buying

How Much Does a Nissan Tune-up Cost, and What Do They Do?

Which Is a Better Used Sedan: the 2020 Chevrolet Impala or the 2020 Nissan Maxima?

4 Reasons to Avoid the 2023 Nissan Maxima

The 2023 Nissan Z Is Getting an Improved, Nostalgic Split-Nose Front Grille

The 2024 Nissan GT-R Arrives With 1 Much-Needed Update, But Is it Enough?

Only 1 Nissan Model Improved Reliability in 2022, According to Consumer Reports

NISMO: The Meaning, The Models, And Is A NISMO Worth It?

Nissan tech students turn a Murano into a Z

The Best Cheap 4×4 SUV According to MotorTrend

Nissan X-Trail 2023: 1.5-litre turbo engine not an option outside of e-Power in Australia

The 2023 Nissan Z Is Suffering From Crazy Dealership Markups

Nissan Serena people mover revealed, but should the Kia Carnival be worried?