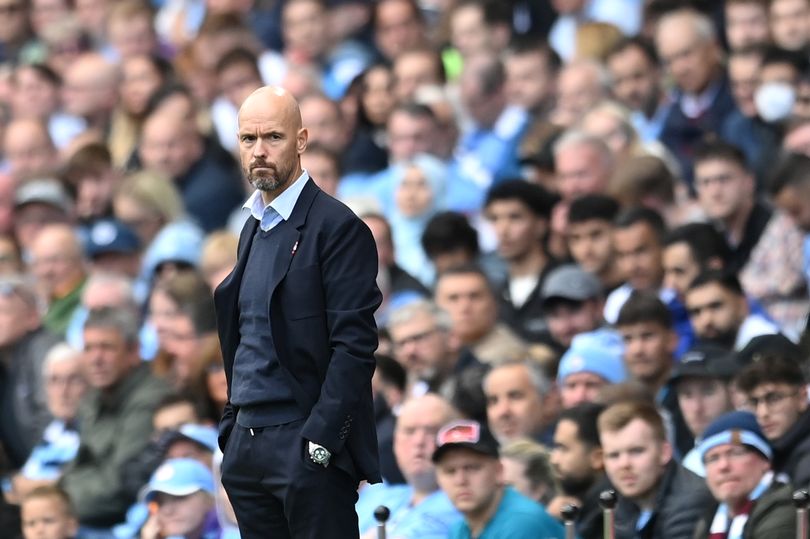 Erik ten Hag could get the reunion he wanted with Frenkie de Jong this season, just not in the way he had imagined.

Manchester United spent the majority of the summer chasing a deal for Frenkie de Jong as the midfielder was Erik ten Hag’s priority transfer target. The 25-year-old played under the Dutch manager at Ajax and given his struggles at Barcelona many fans believed a reunion could have potentially been on the cards.

United then went on the spend £70 million on Brazil and Real Madrid midfielder Casemiro instead, mainly due to De Jong’s reluctance to leave Camp Nou. He had always reiterated that Barcelona was his ‘dream club’ so it was his preference to stay but another reason the midfielder was reluctant to move to Old Trafford was their failure to qualify for the Champions League.

United finished sixth in the Premier League during the 2021-22 season, which meant that they would be playing on Thursday nights in the Europa League instead of in Europe’s top competition. Some signings like Lisandro Martinez and the aforementioned Casemiro were willing to take the step down, De Jong obviously wasn’t.

Barcelona were drawn in a group with Bayern Munich, Inter Milan and Viktoria Plzen. Given the money they spent this summer, it was expected that De Jong and his side would progress into the knockout stages.

However, three games in and Barcelona find themselves third in the standings on three points, behind Inter and Bayern. Their latest result was a 1-0 loss against the Italian side and if they fail to win the reverse fixture then they could find themselves in real trouble heading into their final games.

If Barcelona were to find themselves third, then they would fall into the Europa League and there they could face United in the knockout rounds. Though not the way that they imagined, Ten Hag and De Jong could have the reunion that the manager chased in the summer.

However, given the strength of the Premier League this season, Ten Hag may hope that his reunion never comes as United may need a Europa League win to get back into the Champions League next season. And then if De Jong’s situation is still unfavourable at Barcelona, the club could have a better shot at bringing him to Old Trafford in the future.

EXCLUSIVE: It's the time of year when pastry-wrapped festive treats hit shelvesBut mince pies can contain more calories than a McDonald's cheeseburgerExperts warned against regularly eating the treats as they are bad for waistlines


View more: Is this Britain's WORST bus lane? Confusing junction has netted council up to £2MILLION in one year - with 15,000 drivers caught out by misleading signs


View more: Video: Is this Britain's WORST bus lane? Confusing junction has netted council up to £2MILLION in one year - with 15,000 drivers caught out by misleading signs


View more: Video: TikTok star Megha Thakur, 21, dies 'unexpectedly' just days after posting cryptic message of her walking in New York City: 'You're in charge of your destiny. Remember that'


View more: Pregnant Molly-Mae Hague cosies up while heading out for a spot of Christmas shopping in Manchester wearing a black padded jacket and flares... after revealing she is 'jealous' of her expecting friends

A new caravan park has been approved on Lincolnshire’s coast despite residents saying their nearby village has “reached saturation”. Plans for 85 static caravans and lodges in Maltby Le Marsh, near Mablethorpe, were approved after East Lindsey District Council said there was no reason to reject them. Bella King Designs, ...

An ATM at Art Basel displays the bank balance of anyone who uses it before ranking them in order of wealth. The annual art fair is currently taking place in Miami Beach, Florida, which sees collectors, galleries and artists coming together from around the world to appreciate new forms ...

Image of a tongue of a child with scarlet fever. A third child has died from Group A strep. Scarlet fever is caused by Group A bacteria. Alamy/PA. More young children have died after contracting Strep A infection. Health officials confirmed a youngster from St John’s School in Ealing, ...

Highway worker strike could bring chaos to roads over Christmas

Tourist taxes: All of the countries you will have to pay to enter in 2023