SWEDISH athlete Jesper Hellstrom did his best salmon impression during Wednesday's triple jump final at the European Championships in Germany.

The 27-year-old may not have claimed a medal, but he proved to be one of the major talking points at the Olympiastadion. 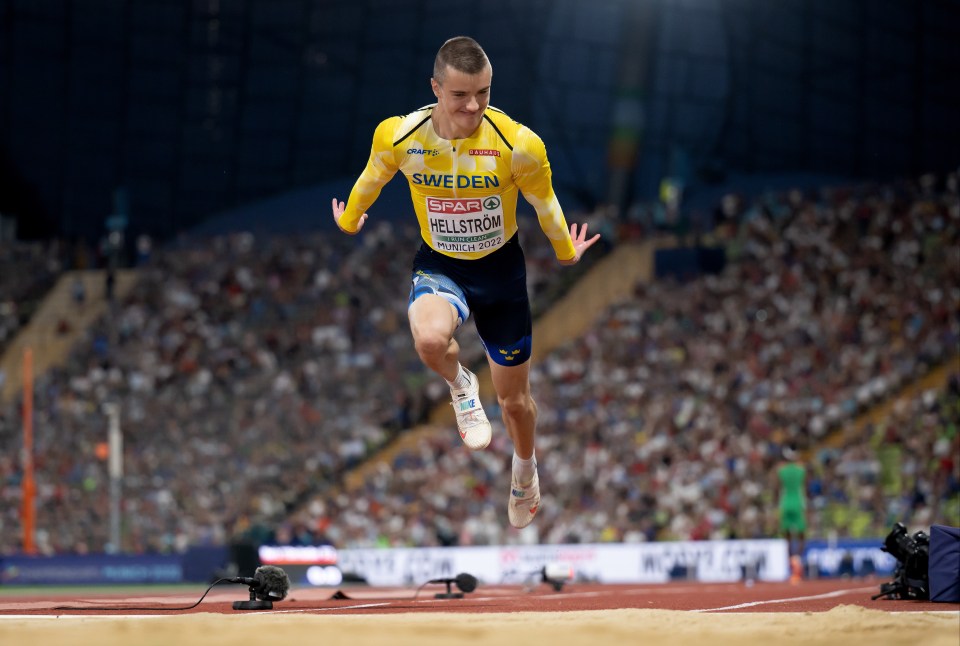 Jesper Hellstrom has delighted viewers with his salmon dive in the triple jump finalCredit: Getty 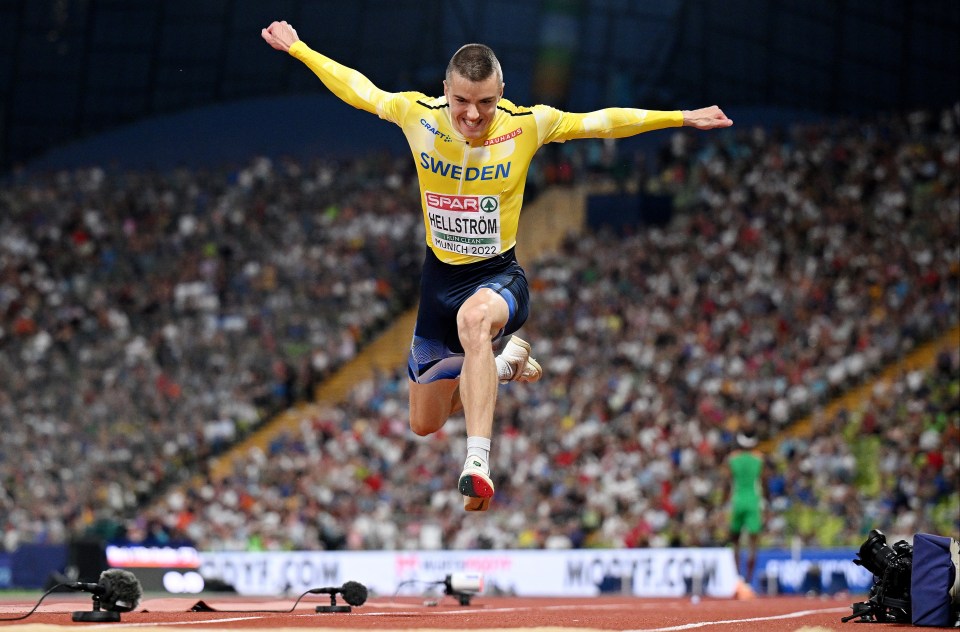 Swedish athlete Hellstrom over-rotated in his second jump at the European ChampionshipsCredit: Getty 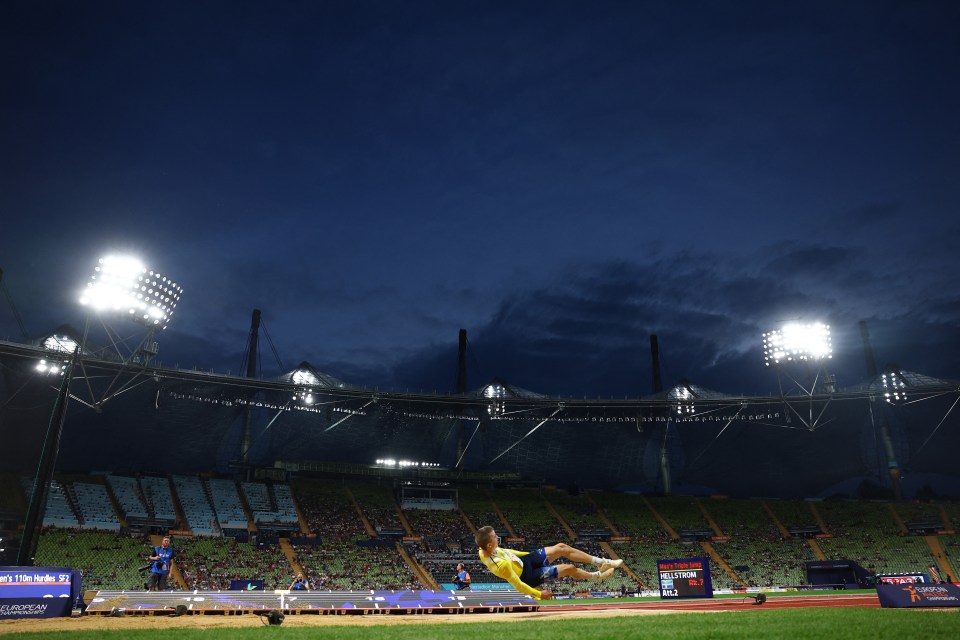 Hellstrom ended up jumping head first into the sand at the OlympiastadionCredit: Reuters

A surprise finalist, Hellstrom narrowly qualified having taken the final spot with a jump 16.07 metres.

He started off with a cautious first jump of 16:02, before he got his second attempt all wrong in comedic fashion.

Having over-rotated, Hellstrom lost his balance and ended up diving head first into the sand.

Showing off his best salmon and seal dive impression, the Swede could be seen laughing during his jump as he left the crowd in stitches.

A third jump saw him reach 16.23 metres, but it wasn't enough to make the cut as he finished the final in tenth spot.

Speaking after the final of his hilarious second jump, Hellstrom joked: “I thought quite immediately afterwards, 'I wonder if there will be any funny pictures from this.'”

It wasn't just Hellstrom that found the funny side, as BBC viewers were loving it as they took to social media to comment on his jump.

One user tweeted: “Jesper Hellstrom is my new favourite athlete at these games.”

JOIN SUN VEGAS: GET A FREE £10 BONUS WITH 100s OF GAMES TO PLAY AND NO DEPOSIT REQUIRED (Ts&Cs apply)

Another said: “Is it a bird? Is it a plane? No it's Sweden's Jesper Hellstrom in the triple jump. Brilliant.”

A third added: “Full marks to Jesper Hellstrom for doing the salmon in the triple jump final.”

This person then remarked: “This made me laugh out loud when watching it live on TV.”

Meanwhile another messaged: “Brilliant! You’ve made my day Jesper Hellstrom.”

One then simply stated: “My new favourite athlete.”

This viewer posted: “Not his longest jump no doubt, but certainly his most memorable!”

shared how she was “completely powerless” during 10 years of domestic abuse from her former partner. The former spoke at a Conservative Party conference to appeal for more support for victims of domestic abuse. Melanie Brown, 47, from Leeds spoke at a Sun and Women’s Aid event in Birmingham where ...

Welcome to the Wide Shot, a newsletter about the business of entertainment. Sign up here to get it in your inbox. So…. How was your last month and a half? Anyone else experience a profound life change? One that has them and their partner staggering around like an extra in ...

Late Sunday evening, the homeowners commented on a Facebook post saying they would be "permanently closed" after a neighbor began "threatening families and patrons with a baseball bat." But that changed Monday

Here’s the central riddle of U.S. politics since the Great Depression: Social Democratic policies crafted in the 1930s succeeded in creating a long era of widespread prosperity, then suddenly lost its credibility in the mid-1970s. It was replaced by the neoliberalism of Ronald Reagan, which failed to help anyone ...


View more: Column: How did America get addicted to a policy that fails everyone but the rich?

Hello, and welcome to the weekly L.A. Times soccer newsletter. I’m Kevin Baxter, The Times’ soccer writer, and today we look at LAFC and the Galaxy finding their way to the postseason; Angel City missing out on the National Women’s Soccer League playoffs; and Qatar’s continuing struggles to prepare for ...

Retired baseball star Jimmy Rollins spent only one season with the Dodgers, but he’s long called L.A. home. Four years ago, the speedster dropped $8.7 million on an ultra-modern mansion in Encino. Now, he’s shopping it around for $11.75 million. The 11,000-square-foot stunner sits on half an acre in Royal ...


View more: This Is the Best Time to Apply for College Financial Aid — Here's Why You Should File the FAFSA Now