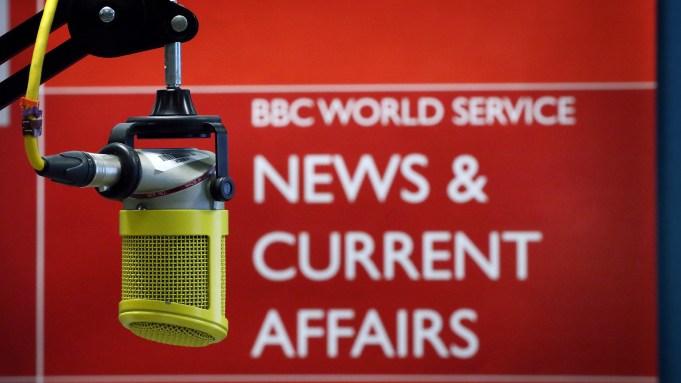 EXCLUSIVE: Some BBC World Service teams are to be asked to relocate away from the UK as they prepare for impending cuts, Deadline understands.

Staff within the BBC’s global news division are about to be informed with a set of proposals via Zoom by Liliane Landor, Senior Controller of BBC News International Services. Some management are understood to have been told yesterday.

The proposals come after Director General Tim Davie said the World Service’s budget would be reduced by £30M ($32.7M) by 2023/24 as part of a digital-first BBC blueprint and, speaking earlier this week at RTS London, he hinted that foreign-language news services could be cut if the government doesn’t help with increased financing.

Deadline understands the proposals center on a decentralization of the World Service teams, meaning that the majority of the Asian language services including the Thai, Vietnamese, Indonesian, Korean, Chinese and some South Asian services targeted at India will be relocated from London’s New Broadcasting House to the respective countries they report on.

Team members raised concerns with Deadline that the move will mean many will lose their jobs as they are unable to relocate for various reasons. One pointed to press freedom difficulties in certain nations, such as Thailand, where press freedom is constrained, or Vietnam, where journalists have to report from neighboring countries due to the ruling Communist Party.

According to the BBC Annual Report, which described the World Service as “one of the jewels in the UK’s crown,” the part-government-funded division received £251M ($271M) last year, and there were 1,433 staff in the World Service Group.

The proposals will now be submitted to unions and come at a tricky time for the whole of the BBC News division, which has recently seen former NBC News International President Deborah Turness become CEO.

Journalists are reportedly considering strike action over the planned merger of the domestic and international news channels, which will see 70 jobs axed.

News has been one of the hardest hit BBC divisions since the government imposed savings on the corporation several years ago, and hundreds have lost jobs already.

The BBC declined to comment on the proposals but information is expected on record shortly.

Sideshow & Janus Films Polish maestro Jerzy Skolimowski calls EO, winner of the Cannes Film Festival Jury Prize and just this week the Best Foreign Film award from the New York Film Critics Circle, “practically a road movie” whose POVs from the titular donkey “were the most effective element of ...

SAN DIEGO — What gets lost in the moment as we debate the dollars and whether they make sense on Jacob deGrom’s new contract is just what a pleasure it was to watch him pitch in New York.  Every five days — in those times when he was not on ...

King Curtis was R&B royalty before he was slain outside his home at just 37. As more than 1,000 people began arriving for the noon service at St. Peter’s Lutheran Church on Lexington Avenue and East 54th Street, they couldn’t help but see the sign at the entrance. “Soul ...

If America's newest Formula 1 driver wants to prove he belongs in the series, he has an excellent chance to do so his rookie season.

Palestinians say killing caught on video was unjustified Palestinians have pushed back against Israeli police claims that an Israeli border police officer who shot to death a 22-year-old Palestinian at close range acted in self-defense A Palestinian flag and a poster showing Ammar Adili, 22, who was shot and killed ...

Frazer Harrison/Getty Images Although Remus Lupin does not appear in the first couple of “Harry Potter” movies as he is not yet a part of the story, he becomes a significant character during the third movie, “Harry Potter and the Prisoner of Azkaban,” when he comes to Hogwarts as the ...