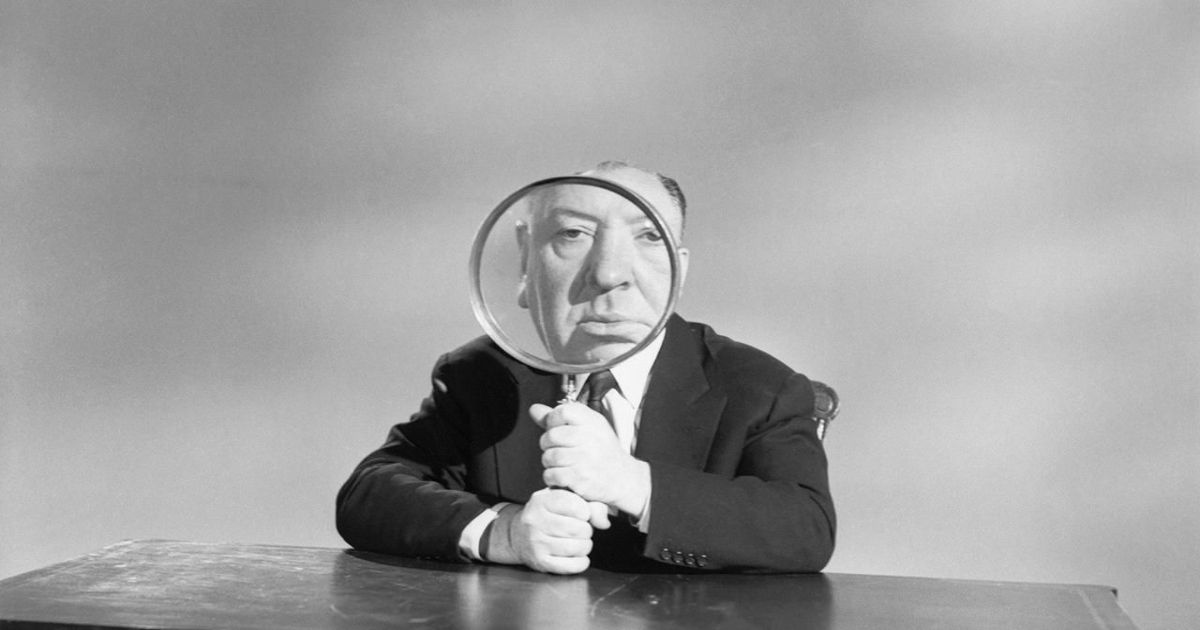 Alfred Hitchcock started his career in the silent era. An important part of the director’s visual artistry was learning, film after film, how to tell a story with nuance without using dialogue. One of the great strengths of his career when the industry transitioned into ‘talkies’ was just that. Though he often had great scripts to work with, Hitchcock is the master of suspense because of his keen ability to reveal plot, character, and motifs through images alone. His storytelling heightened when Technicolor came about because his use of color direction was superb. Relaying the interior motives and psychology of his characters using specific color schemes.

Updated November 24th, 2022: If you are here for Alfred Hitchcock and all of his outstanding work, you’ll be happy to know we’ve updated this article with new entries.

Needless to say, Hitchcock left an invaluable mark on the history of cinema. With all-time classics like Rear Window, Psycho and Vertigo, Hitchcock will always be remembered as one of the greats. The master of suspense left behind a filmography that acts as a ‘how-to’ for any director who wants to make a thriller. Here are his best films.

A freewheeling dervish into the streets of London, Frenzy has the bleakest sense of humor of Hitchcock’s latest films. Well into the backend of his career, Hitchcock abandoned the tight craftsmanship he became known for having. Following a ‘wrong man, wrong place’ plot familiar with the auteur’s filmography, a serial killer that uses a necktie is running rampant.

The murders are brutal, while the attempts to get rid of the body by the killer have a sick sense of humor, while the police procedural scenes have a sense of biting satire. With actor Jon Finch in the center, delivering a deliriously impassioned performance as the man who must clear his name.

A taut psychological thriller with an incredibly menacing atmosphere that lingers throughout, Marnie stars Sean Connery as a wealthy man who uses his power and devious charm to lure a kleptomaniac played by Tippi Hedren into his grasp. The film doesn’t have much of a plot but is instead shrouded in the mystery of Hedren’s character, her origins, and how Connery attempts to use his sick sense of love to confront her demons. Filled with a dread that culminates into one of Hitchcock’s most brutal finales, Marnie is as twisted as it gets for the master of suspense.

The 1935 thriller The 39 Steps is arguably Hitchcock’s first true classic. Full of suspense and humor, the film follows Richard Hannay, the innocent man with a murder charge on his head (a favorite Hitchcock trope, this time played by Robert Donat), who is unwillingly drawn into a spy chase. With The 39 Steps, the director popularized his celebrated plot device of MacGuffins (in this case some otherwise incidental military secrets), which drive the movie but are actually unimportant and irrelevant.

At times hilariously goofy, romantic, and most of all, terrifying, The Birds will stand the test of time despite the clunk of its special effects because of how convincingly terrifying the attacks become. Hitchcock is a director who was known for his bluntness and brutality but no director of his stature was willing to put every character in danger, including school children, like Hitchcock was. The Birds is a testament to horror films with an iconic performance from the legendary Tippi Hedren.

A beautiful travelogue through the French Riviera in gorgeous Technicolor that Hitchcock continued to shoot in, To Catch a Thief is a film that coasts by on the strength of its directors’ visual style while finding a balance with the charisma of its stars. Cary Grant plays a retired master thief who must catch a new copycat cat burglar to clear his name, all while falling for an incredible Grace Kelly. The night scenes, shot in a menacing green-tinged hue, provoke a sense of mystery throughout, never knowing who Grant’s thief can trust. To Catch a Thief is a masterclass of visual splendor and immaculate design.

It’s not always the mystery that makes a thriller memorable; often it’s the ingenuity and brilliant mind of a twisted character at the center of the film’s conflict that gives the audience a great villain to hate. Such is the case with Strangers on a Train. Robert Walker plays the psycho in question who lures a professional tennis star, played by Farley Granger, into a sophisticated set-up about how they can get away with murder.

However, the tennis star has trepidations, building conflict with Walker’a psychotic character, who is scheming to implement the plan to murder. The plot leads up to one of the great climaxes in Hitchcock’s oeuvre. Strangers on a Train is a showcase of Hitchcock’s talents because he takes a bare-bones set-up and elevates it.

Hitchcock was always refining his visual style, finding new ways to establish key motifs, themes, and character insights to be revealed later as plot details. In his 1948 feature, Rope Alfred Hitchcock wondered if he could do the same, but with one shot — and he could!

Crafting a murder mystery to look like one running shot before it was fashionable, Hitchcock did what, at the time, seemed impossible. With the charming and cunning wit of his reliable leading man Jimmy Stewart at the center, Rope is the culmination of innovative style and tangible boiling pot tension.

Featuring a dream cast headed by Ingrid Bergman and Cary Grant, this dark post-World War II film noir follows an enticing spy, Alicia Huberman, who is recruited by a government agent, T. R. Devlin, to gather information on a group of Nazis in South America. One of the most memorable scenes in Notorious is a passionate two-and-a-half-minute kiss between Ingrid Bergman and Cary Grant that circumvented the Hollywood production ban on kisses over three seconds. Hitchcock’s films are rarely so romantic.

Another set-piece from the master of suspense that will remain in the memory of film lovers forever is the infamous shower scene. Not only was that scene groundbreaking for its depiction of murder and the number of scene cuts in a short period, but also for killing off whom we thought the main character would be in the first 20 minutes.

Hitchcock was at his most innovative with Psycho, and he gave us the ultimate evil momma’s boy in Norman Bates. Played with a subtle naivety that transformed into psychopathy by Anthony Perkins. Psycho is one of the great slashers of all time, and has been endlessly influential; even half a century later, it inspired the underrated horror series Bates Motel.

A director whose color palette and direction were unparalleled flexed an even richer tapestry in his psychological mystery Vertigo. With his Everyman muse James Stewart traversing the streets of San Francisco, Hitchcock took his work to dizzying and newfound intellectual and cinematic depths. As Stewart attempts to solve the case of the mystery woman, played with an intimate delicacy by Kim Novak, the two go on an unforgettable, spectral journey of identity, fear, and love.

The most absurdly fun and entreating picture Alfred Hitchcock ever made, North by Northwest is a non-stop ride of close-calls, whodunits, and expertly designed set-pieces, with two of the most famous scenes in the history of cinema happening a near 30 minutes apart — the crop-duster close call and then the chase atop Mount Rushmore, one of the ultimate bad guy hangouts.

Hitchcock relied on the always charming and cool Cary Grant to face off against the suave villainy of James Mason as Grant has to get himself out of false murder accusations. A path that leads him down a dangerous road but done in the style that only the master himself could direct.

The sense of mystery Hitchcock can create on a controlled set is an ode to his power as a visual storyteller. Misleads, false epiphanies, and gestures that suggest the violence happening in this small block all create one of the great thrillers ever made, all told from the vantage point of James Stewart as the injured reporter through his camera. Rear Window became the ultimate text of voyeurism, using the camera to peek into a world we don’t fully understand, projecting our meaning onto the cuts and objects Hitchcock shows us. It’s the pinnacle of Hitchcock’s camera prowess and the power of suggestion.

NBC Universal, Inc. The United States’ journey in the 2022 FIFA World Cup has come to a disappointing end. After losing to the Netherlands 3-1 in an entertaining round of 16 battle on Saturday, the U.S. will be wondering what went wrong in a game that could’ve been won. ...


View more: Winners, Losers From USA's Round of 16 World Cup Defeat vs. Netherlands

Link video: http://nbclim-download.edgesuite.net/Prod/NBCU_LM_VMS_-_WTVJ/768/723/19902129670-1080pnbcstations.mp4 NBC Universal, Inc. A Florida father traveling with his two daughters said he was stopped at the airport and humiliated in front of other passengers as authorities accused him of human trafficking. Jonathan Marcu said he took his daughters to New York where they saw a ...


View more: ‘Is This a Joke?': Man Traveling With 2 Daughters Says He Was Accused of Human Trafficking

7 Caribbean Islands With Rich Holiday Traditions To Visit This Winter

Visit Jamaica Gingerbread men and nativity scenes, Christmas trees and eggnog, caroling, turkey dinner, and the words Behave, Santa’s watching: These things mean Christmas to most. But in the islands of the Caribbean, it goes more like this: pasteles and Magi, century plants and spiked sorrel, masquerades, Jumbie Table, ...

New Details Released After Westchester Crash That Killed Sergeant, 53, Due To Retire In Months


View more: New Details Released After Westchester Crash That Killed Sergeant, 53, Due To Retire In Months

Bill Wyman of the Rolling Stones was known as “The Quiet One” thanks to his quiet and expressionless appearance while performing. Wyman performed with the Stones for decades and continued to make a name for himself after his years on the stage. His success is evident, but do you know ...

Suspect in woman's killing in Moorhead is arrested

James Kollie Jr. was arrested Friday evening. The suspect in a Moorhead homicide that left a woman dead with “traumatic injuries” in her home Thursday night has been arrested. At around 11 p.m. Thursday, police were called to a home on the 3800 block of 32nd Street South after the woman ...


View more: Suspect in woman's killing in Moorhead is arrested

France squad isn't as deep as the world first feared

Beretta 92X: A Great Gun or Not? What a Firearms Expert Says

Road rage: Why are Israelis taking their lives in their hands?

All aboard! The Cincinnati Zoo unveils new train in time for the holidays

Home price growth is slowing most in these cities, data shows

According to Google, These Are The Best Times to Book Flights

The education establishment's attacks on merit will destroy success

Outdoor cats are an invasive species and a threat to themselves, scientists say

Alvin Bragg Called Murder Charges against Tracy McCarter, "unjust,'' but Then Left her in the Cold

'How about me': Georgia man arrested after he commented on sheriff's office's Facebook post listing area's most wanted fugitives

US out of World Cup after losing to Netherlands

Lake runs dry: What is next for much-hyped MAGA star after Arizona defeat

Krasner sues to stop lawmakers from removing him

Most Of The World's Tea Comes From This Country