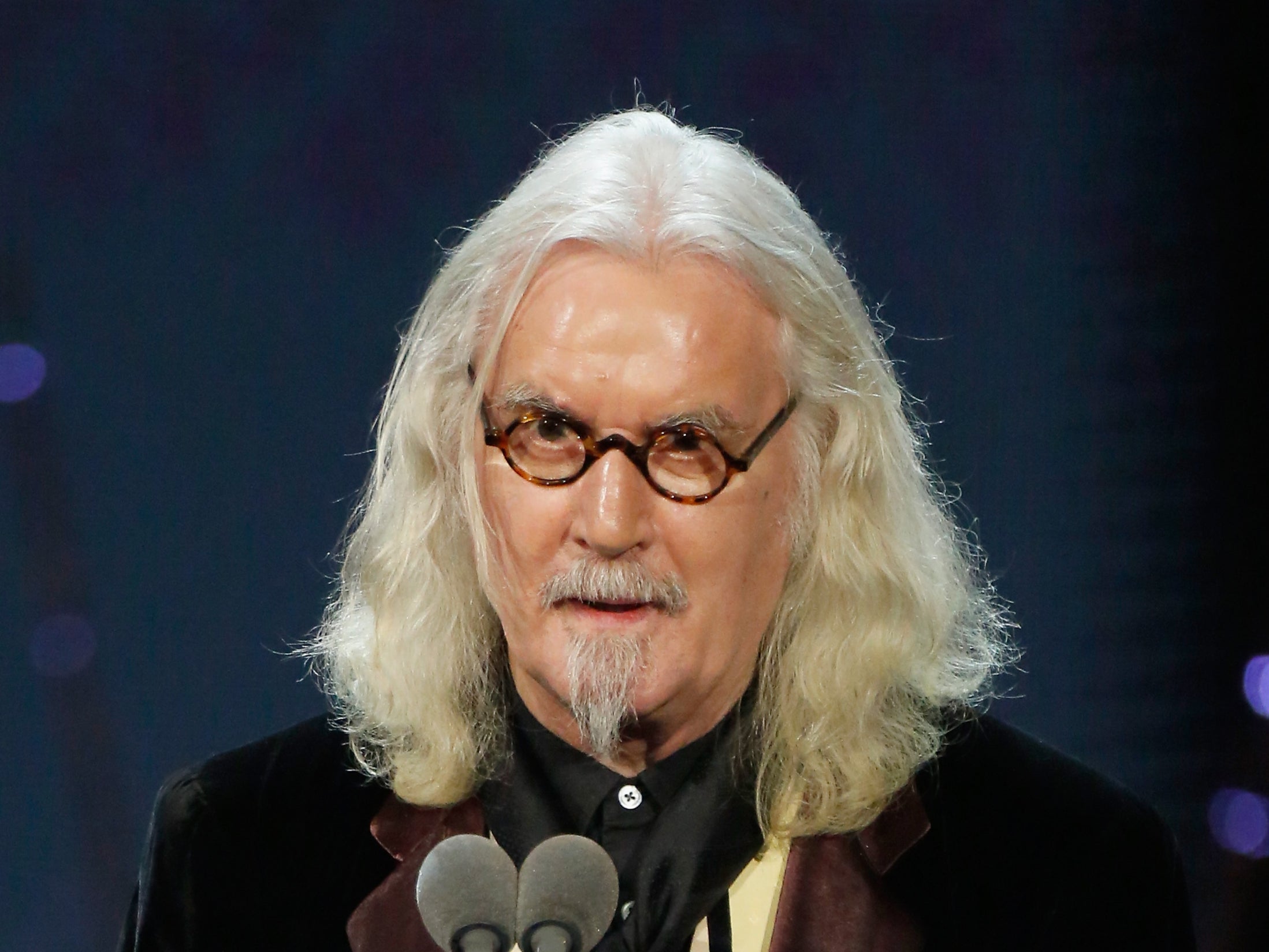 Billy Connolly fans have been left overjoyed by a rare photo of the comedian taken days before his 80th birthday.

The comedian, who in 2018 announced his retirement from stand-up because of his Parkinson’s diagnosis, reached the miletone age on Thursday (24 November).

After a flurry of birthday wishes from fans, who shared videos of their favourite routines and quotes, the comedian’s name began trending on Twitter.

It was following this that fans noticed a photo of Connolly – who is nicknamed The Big Yin – had been shared on social media earlier this week.

The image was shared on social media by @Drumview87, who wrote: “Taken this week, Billy Connolly enjoying mince ‘n’ tatties by the fire in a Loch Lomond Pub.”

Scottish tweeters pointed out the pub was the Oak Tree Inn, which is in Balmaha.

“Happy birthday to the funniest guy on the planet. Hope I look as good at 80 as the Big Yin,” @JamieDunnEsq wrote.

“What a great photo – my heart warms!,” @sienamilan33 added, with @dharley508 writing: “Nice to see the Big Yin looking well.”

Others branded the Glaswegian a “top guy”, a “legend” and “the funniest guy on the planet”. 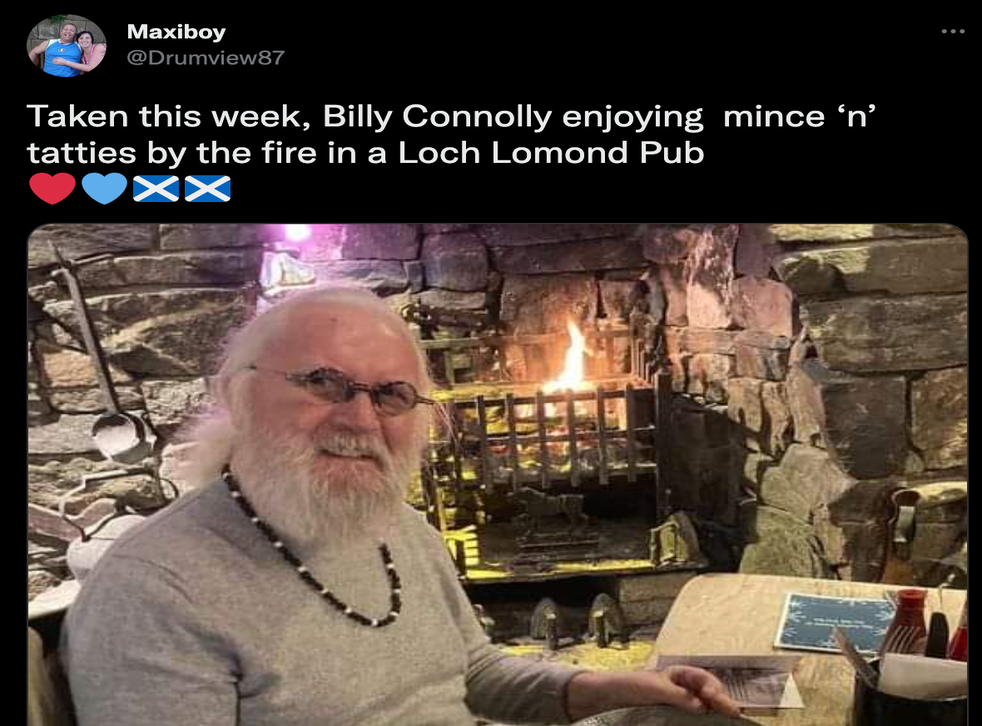 Speaking at the launch of his new art collection Born On A Rainy Day in 2020, Connolly said of his stand-up career: “It was lovely and it was lovely being good at it. It was the first thing I was ever good at.”

After first being treated for symptoms of Parkinson’s disease back in 2013, Connolly refused to shy away from his illness, instead incorporating it into his routines in typical straight-talking fashion.