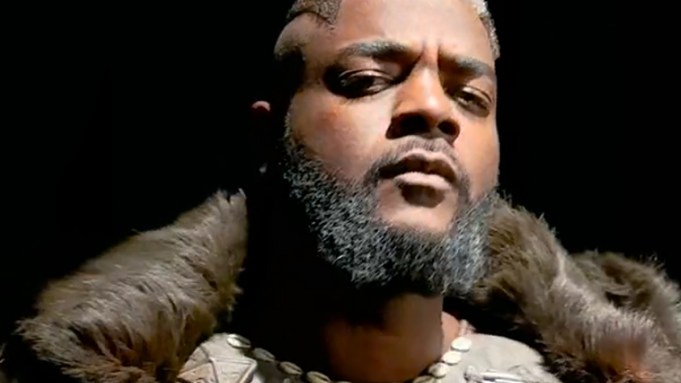 With Black Panther: Wakanda Forever due to hit theaters next month, Disney is synergizing across its many corporate channels to promote the film. That includes its parks unit, which announced today the impending debut of M’Baku to Avengers Campus at Disney California Adventure Park.

Lord M’Baku — played by Winston Duke onscreen — is the fierce leader of the Jabari Tribe, and figures prominently in the upcoming sequel.

Disney did not reveal any timing beyond “soon,” but other limited-time character appearances at Avengers Campus have generally been timed to the project’s release date and happened shortly after they were announced.

For Instance, a Quantum Suit-clad, Endgame-era Hulk was announced at D23 in early September and debuted at the attraction just one-week later. Still no sign of King Thanos, however.

Disney Parks posted a video of the fierce-looking M’Baku set to appear at Avengers Campus.

WAKANDA FOREVER! M’Baku will soon make his journey to Avengers Campus at Disney California Adventure Park! Stay tuned for what else is coming to Avengers Campus in celebration of @theblackpanther #WakandaForever 💜 pic.twitter.com/pNFJwaxsVV

And M’Baku is not likely the only Wakanda Forever-related element coming to the park. As part of today’s announcement Disney Parks teased, “Stay tuned for what else is coming to Avengers Campus in celebration of @theblackpanther.” The words “what else” instead of “who else” would seem to indicate something along the lines of the Royal Talon Fighter or other such sophisticated Wakandan tech.