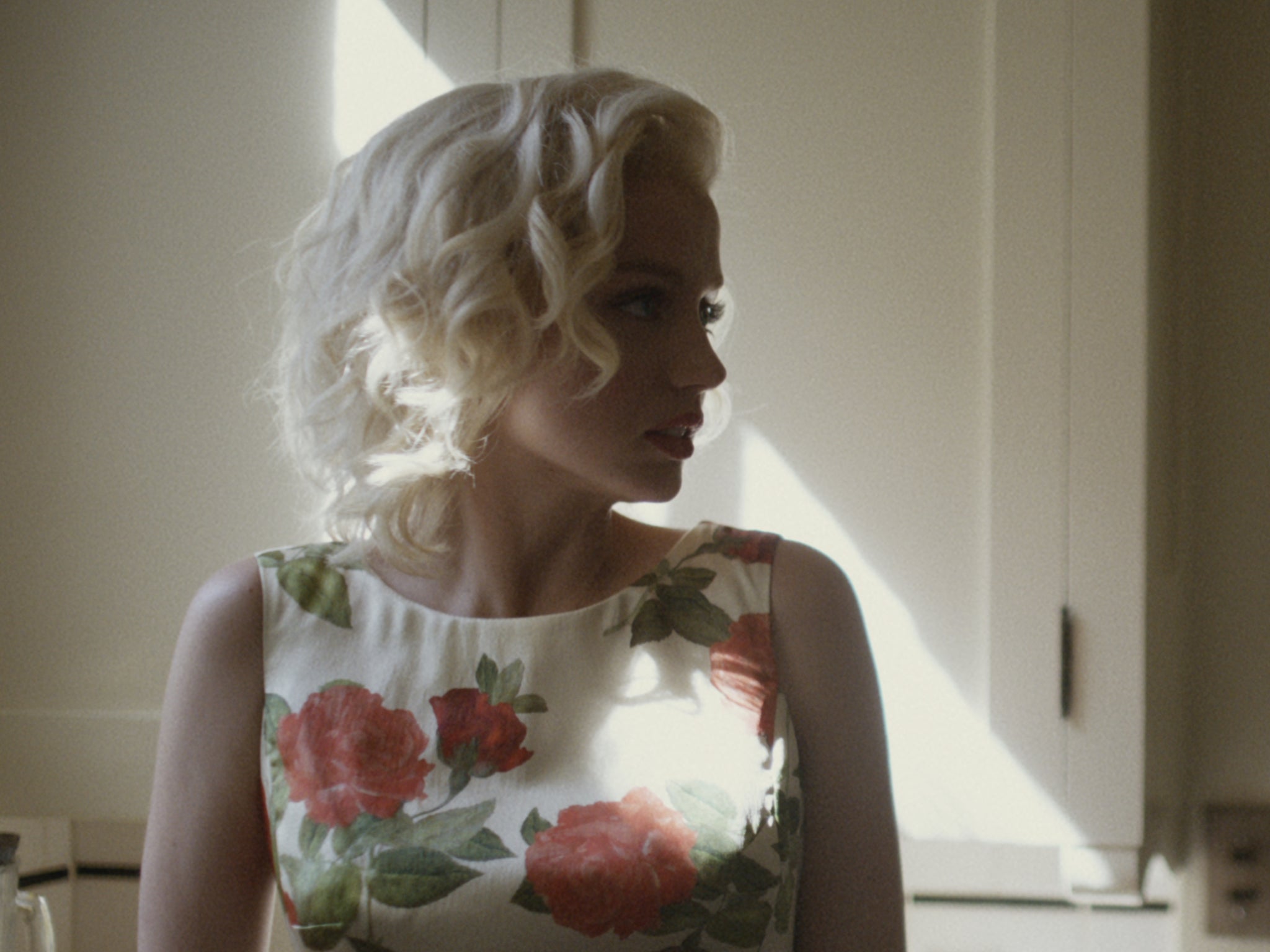 The 18-rated film, based on the novel of the same name by Joyce Carol Oates, features many imagined scenes from the star’s life. It has attracted huge controversy since it was released on the streaming giant earlier this week.

Blonde is not a standard biopic about Monroe. The film features several imagined scenes from the Hollywood star’s life.

Viewers have criticised the film as “traumatic” and “exploitative” of Monroe, highlighting in particular the multiple scenes of sexual assault that occur throughout.

Many people have also singled out the movie’s treatment of abortion. Blonde depicts Monroe as having had two illegal abortions against her will.

In one scene that has been shared and criticised widely on social media, CGI is used to portray Monroe’s foetesus, which look like fully-formed babies, speaking to her.

“You won’t hurt me this time, will you?” a foetus asks Monroe.

Planned Parenthood are among the organisations and viewers to accuse the film of having an “anti-abortion” tone. 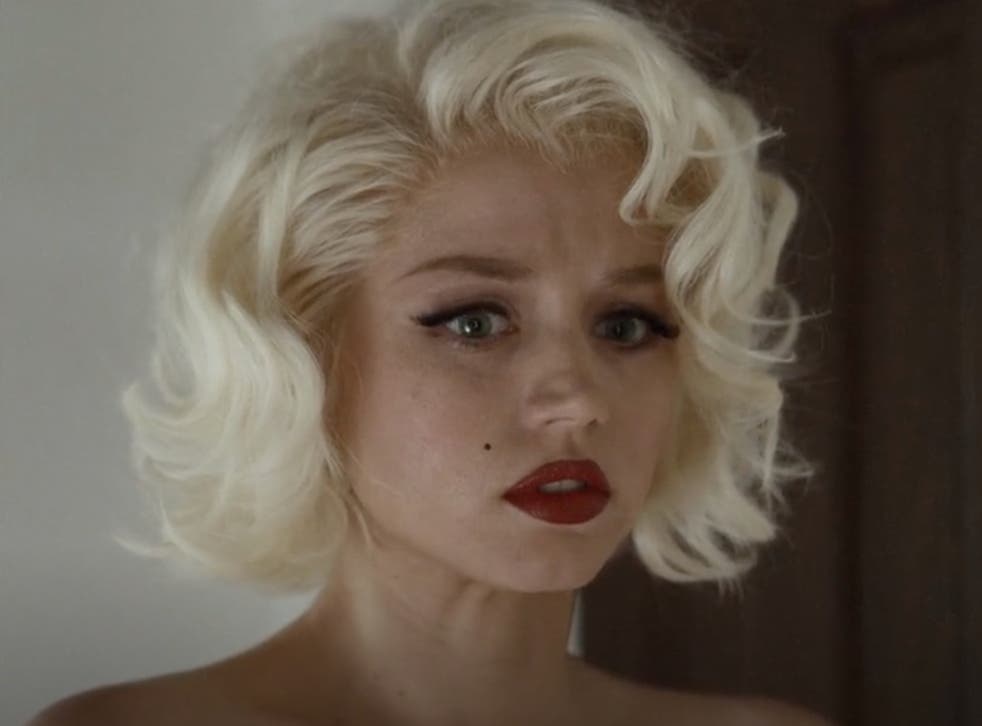 Spruch continued to say that while Planned Parenthood “respects artistic license and freedom”, these “false images only serve to reinforce misinformation and perpetuate stigma around sexual and reproductive health care”.

She continued: “Every pregnancy outcome – especially abortion – should be portrayed sensitively, authentically and accurately in the media. We still have much work to do to ensure that everyone who has an abortion can see themselves onscreen.

“It is a shame that the creators of Blonde chose to contribute to anti-abortion propaganda and stigmatise people’s health care decisions instead.”

Viewers at home have similarly condemned the film’s abortion scenes.

“Blonde is basically a three-hour anti-abortion ad disguised as a Marilyn Monroe biopic,” wrote one person. 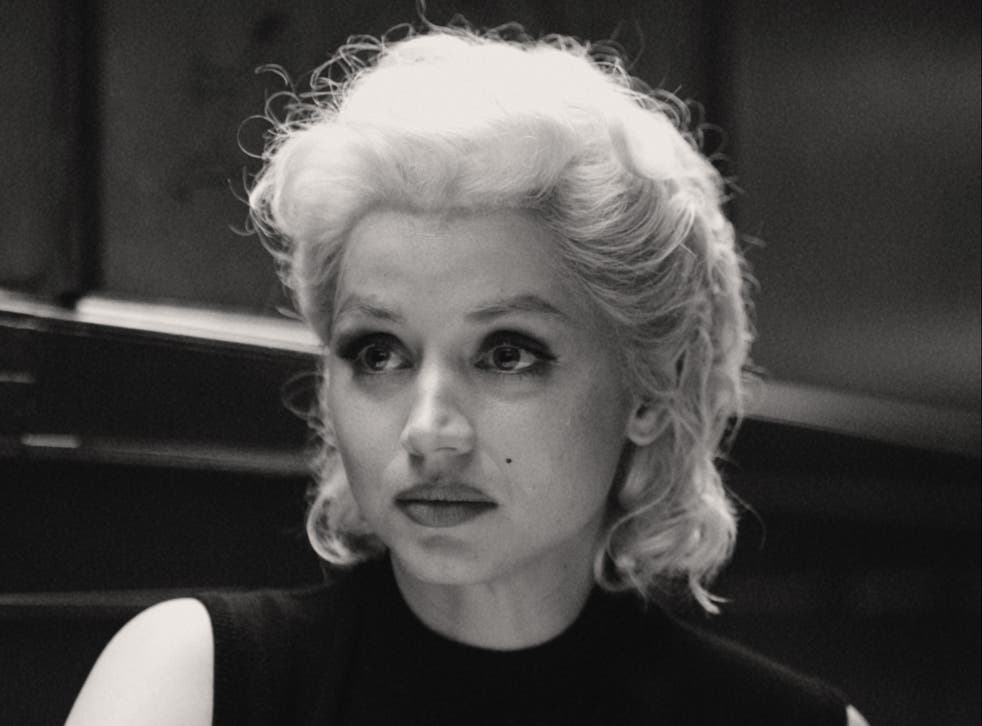 Another added that it gave them a “slight anti-abortion tone (they had a talking fetus commiserating with Marilyn and they over-glorified it”.

Someone else called it a “baffling piece of bad faith, anti-abortion nonsense”.

In an interview with The Wrap, director Dominik defended Blonde against the criticism, claiming that the scrutiny has arisen because the film was released so soon after the overturning of Roe v Wade.

“People are obviously concerned with losses of freedoms,” he said. “But, I mean, no one would have given a s*** about that if I’d made the movie in 2008, and probably no one’s going to care about it in four years’ time. And the movie won’t have changed. It’s just what’s sort of going on.”

The Independent has contacted a representative of Netflix for comment.

As well as the abortion scenes, one other moment in the film to cause controversy involves JFK (the actor, Caspar Phillipson, previously played the president in Jackie).

Many viewers have complained that the film is “unwatchable”, stating on social media that they were unable to make it more than 20 minutes into Blonde before abandoning it.

Video: The Weeknd reveals he contributed new song to Avatar: The Way Of Water soundtrack

Identical twins are handed $1.5M in damages by college after it accused them of cheating in medical exam by signaling: Court rules their answers were identical because they're 'genetically predisposed to behave the same way'

'Always answers in the right way': Jamie Carragher leads the praise for Jordan Henderson after his consummate display against Senegal was capped with a goal... with midfielder becoming the first Liverpool player to score in Qatar in the process

SCOUT REPORT: England must tackle Kylian Mbappe's blistering pace in the chase for the Golden Boot, Antoine Griezmann's instinct to get the ball and Ousmane Dembele's balance during World Cup quarter-final

The Weeknd reveals he contributed new song to Avatar: The Way Of Water soundtrack

Video: Rivers of lava and thick columns of ash from eruption of Indonesia's Mount Semeru cause evacuation of almost 2,000 people


View more: Video: Rivers of lava and thick columns of ash from eruption of Indonesia's Mount Semeru cause evacuation of almost 2,000 people

Courteney Cox kept her followers on Instagram entertained on Sunday as she shared a playful reel. The 58-year-old Friends alumna was jokingly hit in the head with a football while playing with actor Michael Evans Behling, 26. The Scream actress struck up a game of catch while in between takes filming ...


View more: Courteney Cox takes a football to the head in hilarious video with All American star Michael Evans Behling to promote her series Shining Vale

Today at the World Cup: England and France advance, Neymar gears up for return

England celebrate after going ahead against Senegal (Mike Egerton/PA) (PA Wire) England set up a World Cup 2022 quarter-final against defending champions France as Gareth Southgate’s men saw off Senegal 3-0, with Jordan Henderson, Harry Kane and Bukayo Saka getting on the scoresheet. Les Bleus had earlier secured their ...


View more: Today at the World Cup: England and France advance, Neymar gears up for return

Raheem Sterling did not feature in England’s World Cup victory against Senegal because he had returned to the UK to be with his family after his house in London was broken into by armed robbers on Saturday night. It was revealed before kick-off that Sterling was unavailable because of ...

England secured their spot in the quarter-finals of the 2022 World Cup with a resounding three-nil win over Senegal. After an opening goal from veteran midfielder Jordan Henderson, captain Harry Kane scored his first goal of the tournament, all but guaranteeing a spot for the Three Lions against world ...

England supporters FINALLY made their voices heard in Qatar... as Three Lions roared to a stunning 3-0 win against Senegal to silence the '12th lion' and set up a World Cup quarter-final clash against France

England fans were in full voice as the Three Lions roared to victory over SenegalGareth Southgate's ferocious England side silenced the '12th lion' at the Al BaytJordan Henderson, Harry Kane, and Bukayo Saka all got on the scoresheet in winEngland advance to the quarter-final stage to face reigning champions France MATCH REPORT: England beat Senegal 3-0 to advance in the World Cup


View more: England supporters FINALLY made their voices heard in Qatar... as Three Lions roared to a stunning 3-0 win against Senegal to silence the '12th lion' and set up a World Cup quarter-final clash against France

Rachael Finch stunned her followers over the weekend when she shared a photo of her incredibly fit father. The model and TV host flaunted her ripped abs and super long legs in a blue bikini while her dad showed off his toned torso in a pair of Budgy Smugglers. Rachael’s ...


View more: Bikini-clad Rachael Finch shares a picture of her VERY fit father - and fans can't believe it when they find out how old he is

England sweep away Senegal with a 3-0 win to book their quarter-final place Jordan Henderson opened the scoring in the first half with his third England goalHarry Kane doubled England's lead by netting his first goal of the tournament Bakayo Saka hit a third early in the second half to set-up meeting with France Sportsmail has rated each player's performance during the last-16 clash Click here for the latest World Cup 2022 news, fixtures, live action and results

IAN LADYMAN: Harry Kane stepped up to the big occasion yet again for England... his performance against Senegal should silence the seemingly endless and dreary debate about his role in this Three Lions team

Met Office predicting freezing temperatures for Somerset within a week

Why Do Aircraft Take Off And Land Into The Wind?

Harry Kane under no illusions of challenge England face against France

The future is now: Jude Bellingham is making the World Cup look easy

Trump critics underestimate him 'at their own peril', Jen Psaki warns: Ex-Biden official says former president has 'evil charisma' that could help him win GOP 2024 nomination

Video: REVEALED: All-but TWO of Germany's stars 'didn't want to perform on-the-field protest at the World Cup' - with captain Manuel Neuer and Leon Goretzka driving for it - as inquests into their early exit continue

Nicholas Sandmann, 20, asks Elon Musk to release 'hidden' Twitter files on death threats against him when he was a teen after viral video showed him smiling while standing face-to-face with a Native American man

Video: Courteney Cox takes a football to the head in hilarious video with All American star Michael Evans Behling to promote her series Shining Vale

Video: Billie Piper on married life with Chris Evans: 'I was a popstar and then I got drunk for five years with an old man'

Idaho murders: Mother of victim hits out at police investigation saying she learns more from news

'Shameful!' Prince Harry hits back over claims he said 'Brits need to learn a lesson'

When do England play next after beating Senegal at the World Cup?

‘For some it’s feed your kids or your dog’: Britons turn to pet food banks

Socceroos slammed for 'fanboying' over Lionel Messi after devastating World Cup loss: 'They should be suspended'

Rivers of lava and thick columns of ash from eruption of Indonesia's Mount Semeru cause evacuation of almost 2,000 people

Sinking out loud! Ed Sheeran is left floundering in the sea after being knocked off his feet by a wave as he films dramatic scenes for his latest music video in stormy Norfolk

White BMW on pavement after two-car crash in city centre

Mum's 'unbearable' anguish as daughter, 15, vanishes 'out of the blue'

Video: One Tree Hill's Bevin Prince says her costar Hilarie Burton drove 'overnight' to comfort her after her husband died