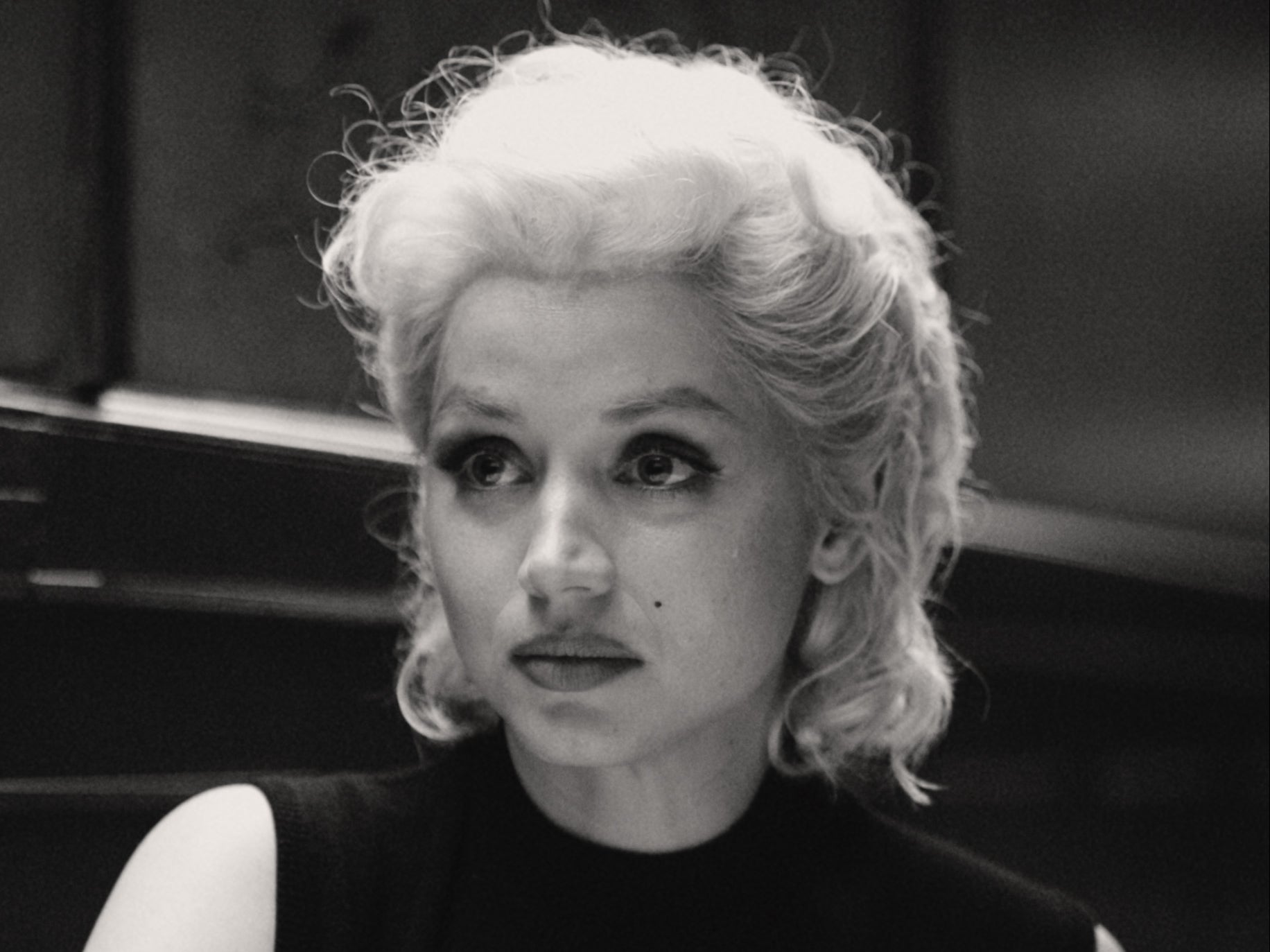 Netflix has finally released its controversial Marilyn Monroe drama Blonde – but some viewers have complained that the film is “unwatchable”.

Many viewers specified on social media that they had been unable to make it more than 20 minutes into Blonde before abandoning it.

The 18-rated movie, based on the novel of the same name by Joyce Carol Oates, stars Ana de Armas as Monroe. It has divided critics, with particular scrutiny being levelled at the film’s harrowing depiction of trauma and sexual assault.

“While the film is beautifully shot (most of the times) and Ana de Armas gives a luminous performance, it falls apart fast… and that last hour… Jesus Christ, f***ing unwatchable. An absoute head-scratcher of a movie,” one person wrote.

“Tried to watch @netflix Blonde,” commented another. “Couldn’t stomach more than about 20 minutes of the nearly three hours length. That 20 minutes was nothing but cruel and heartbreaking. Absolutely unwatchable.”

“I just started to watch Blonde and I’ve turned it off after 20 minutes, enough said,” wrote a third, while someone else described it as “a hate letter to the icon that was Marilyn”.

“Started Blonde and turned it off in record time,” one person revealed. “Graphically showing rape on screen is not in any way a meaningful way to portray the horrors of sexual assault. Please, i’m begging you leave this woman alone and quit slapping SA survivors and women in the face.”

“Blonde has to be one of the worst f***ing movies i’ve ever seen, i’m literally disgusted after watching it, Marilyn deserves better,” another viewer wrote.

The film is available to stream now on Netflix.

Blonde – ‘exploitative’ or ‘phenomenal’? What’s been said about the divisive Marilyn Monroe biopic

The 12 worst fake accents in film, from Ana de Armas to Russell Crowe

Andrew Dominik’s Blonde opens, quite fittingly, with the flashing of bulbs. In several brief, twinkling moments, we see a rush of images: cameras flashing, spotlights whirring to life, men roaring with excitement (or anger — sometimes it’s hard to tell the difference), and at the center of it all is ...

How Ana de Armas transformed into Marilyn Monroe for ‘Blonde’

To transform brunette actress Ana de Armas into flaxen vixen Marilyn Monroe for “Blonde,” the film’s glam team had to carefully study “The Bible.” It was a 800-page anthology of photographs, magazine clippings and movie stills of the late Monroe, née Norma Jeane Mortenson, collated by the film’s director ...


View more: Blonde director says he wasn’t ‘concerned with being tasteful’ in his depiction of Marilyn Monroe’s abortion


View more: Joyce Carol Oates says Marilyn Monroe went through ‘much worse’ than anything in Blonde

‘I couldn’t shake it off. I couldn’t let her go,’ actor said

“Blonde” is Netflix’s first NC-17 rated original film that contains several nude scenes. Getty Images for Netflix Ana de Armas is this generation’s version of Marilyn Monroe in the new NSFW Netflix film “Blonde.” The Andrew Dominik-directed drama is rated a rare and staggering NC-17, and is full of ...

Blonde: Ana de Armas finds it ‘disgusting’ and ‘upsetting’ that her nude scenes will ‘go viral’

New on Netflix in September 2022: What movie and TV shows are landing this month?

Netflix unleashes an action-packed trailer for The Gray Man

Netflix shares first look at pictures from The Gray Man

Deep Water review: A slow burn without any fire

‘No Time to Die’ Blu-ray Review

‘No Time to Die’ Review

Blonde: What is fact and what is fiction in Netflix’s controversial Marilyn Monroe film?

Marilyn Monroe: Only letter to Hollywood icon from her estranged father to be auctioned

On the block: JFK, Marilyn Monroe items from the iconic ‘happy birthday’ night in NYC