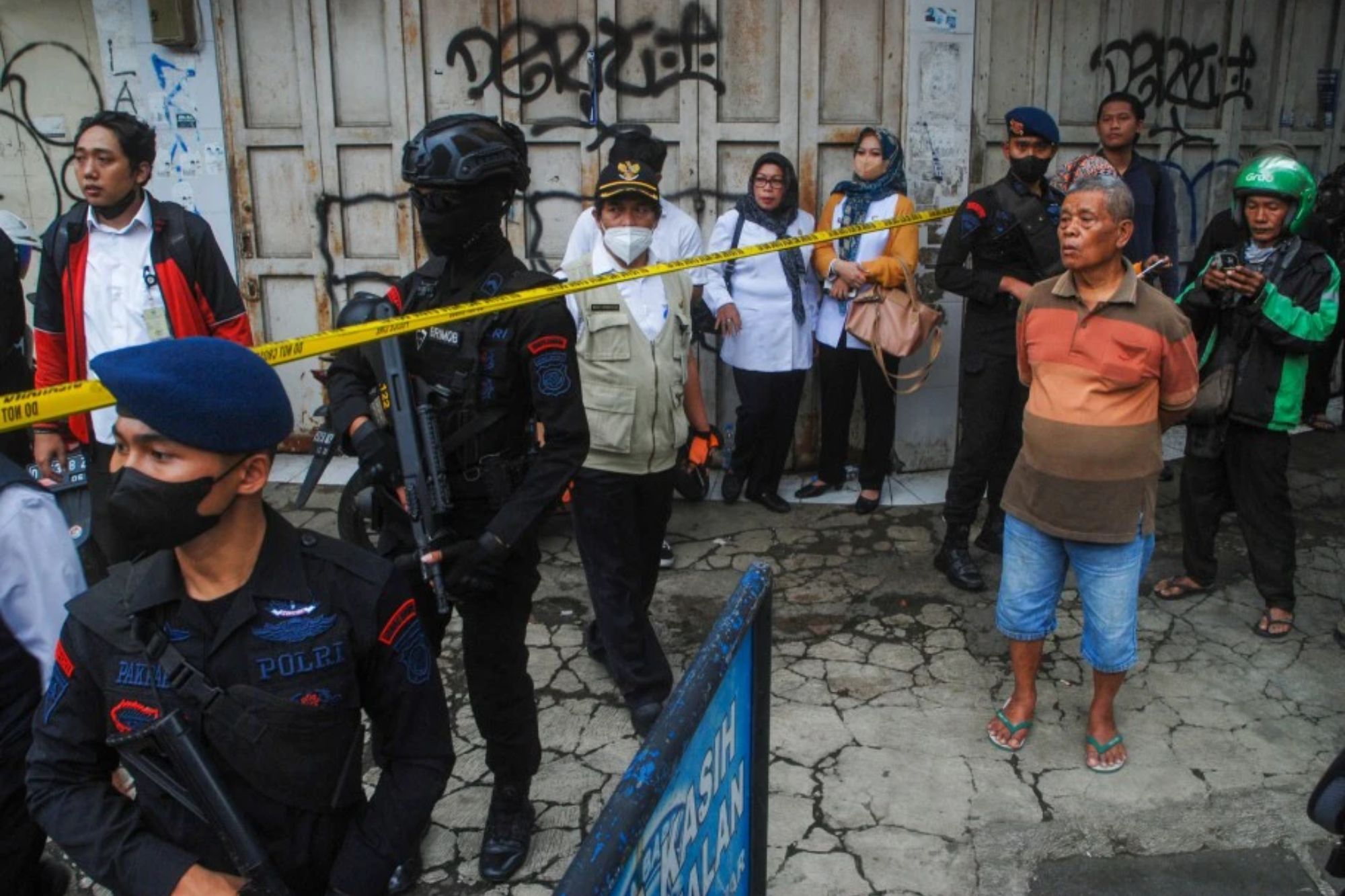 Bystanders look on as police secure the site of a suicide bombing outside a police station at Astanaanyar in Bandung, West Java on Dec. 7, 2022. AFP via Getty Images

BANDUNG, Indonesia — A man blew himself up Wednesday at a police station on Indonesia’s main island of Java in what appeared to be the latest in a string of suicide attacks in the world’s most populous Muslim nation.

Bandung City Police Chief Aswin Sipayung said a man entered the Astana Anyar police station with a motorcycle and detonated explosives as police were lining up for morning assembly.

West Java Police spokesperson Ibrahim Tompo said the man was entering the station when he detonated his explosive, instantly killing himself and an officer. He said six other officers and a civilian were rushed to a nearby hospital with injuries.

Police are still investigating the attack in West Java’s Bandung city and whether the man, who has not been identified, had links to radical groups. 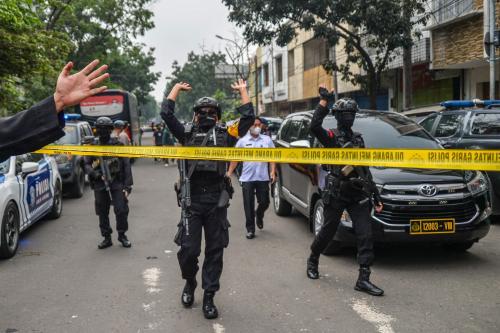 Police secure the scene of a police station blast at Bandung, West Java, Indonesia, on Dec. 7, 2022.

A video that circulated on social media showed body parts scattered near the damaged lobby of the police station.

Television reports showed white smoke billowing from the building and people running in panic subsequent to a loud bang.

Indonesia has battled militants since bombings on the resort island of Bali in 2002 killed 202 people, mostly foreign tourists. Attacks aimed at foreigners have largely been replaced in recent years with smaller, less deadly strikes targeting the government, police and anti-terrorism forces and people who militants consider infidels. 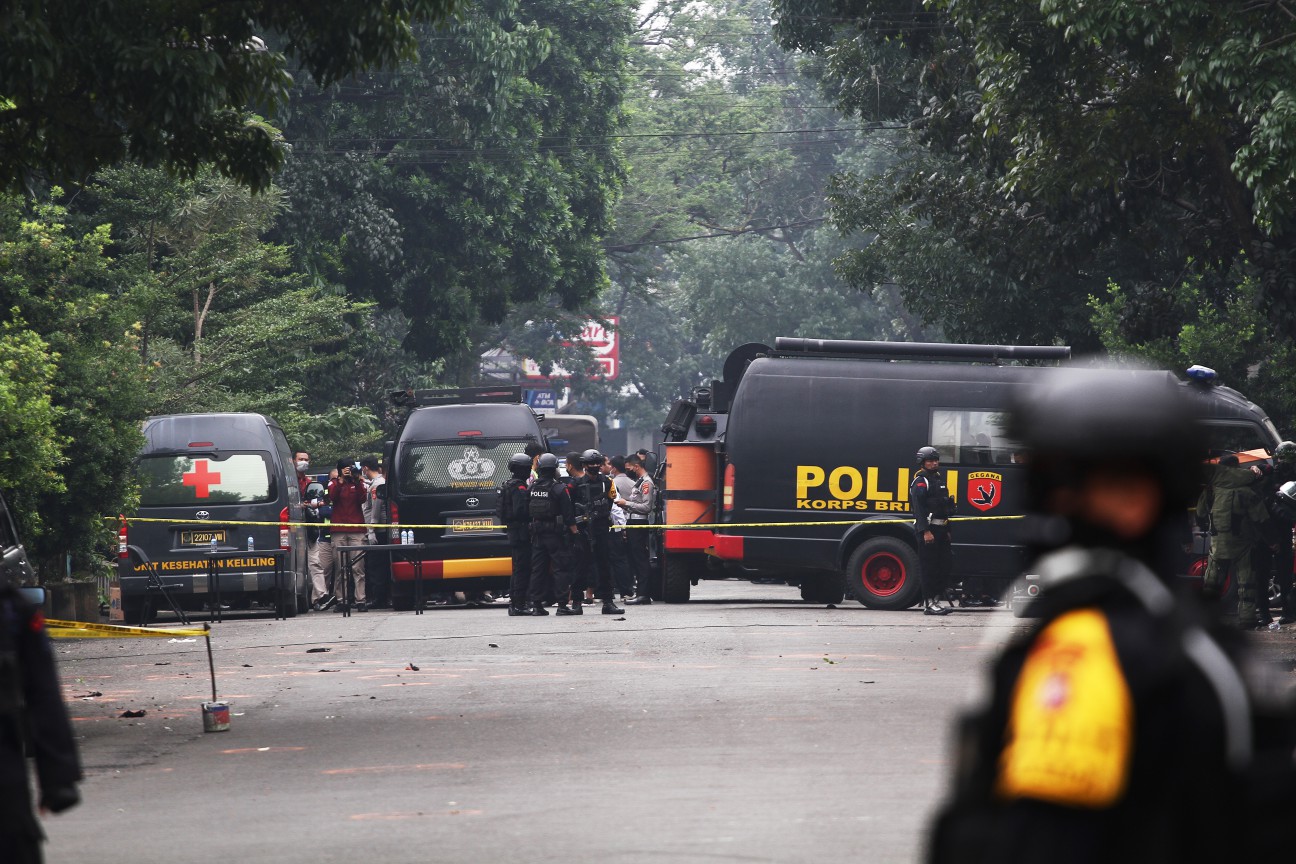 Indonesian police officers block a street leading to the police station — where an explosion went off in Bandung, West Java, Indonesia on Dec. 7, 2022. 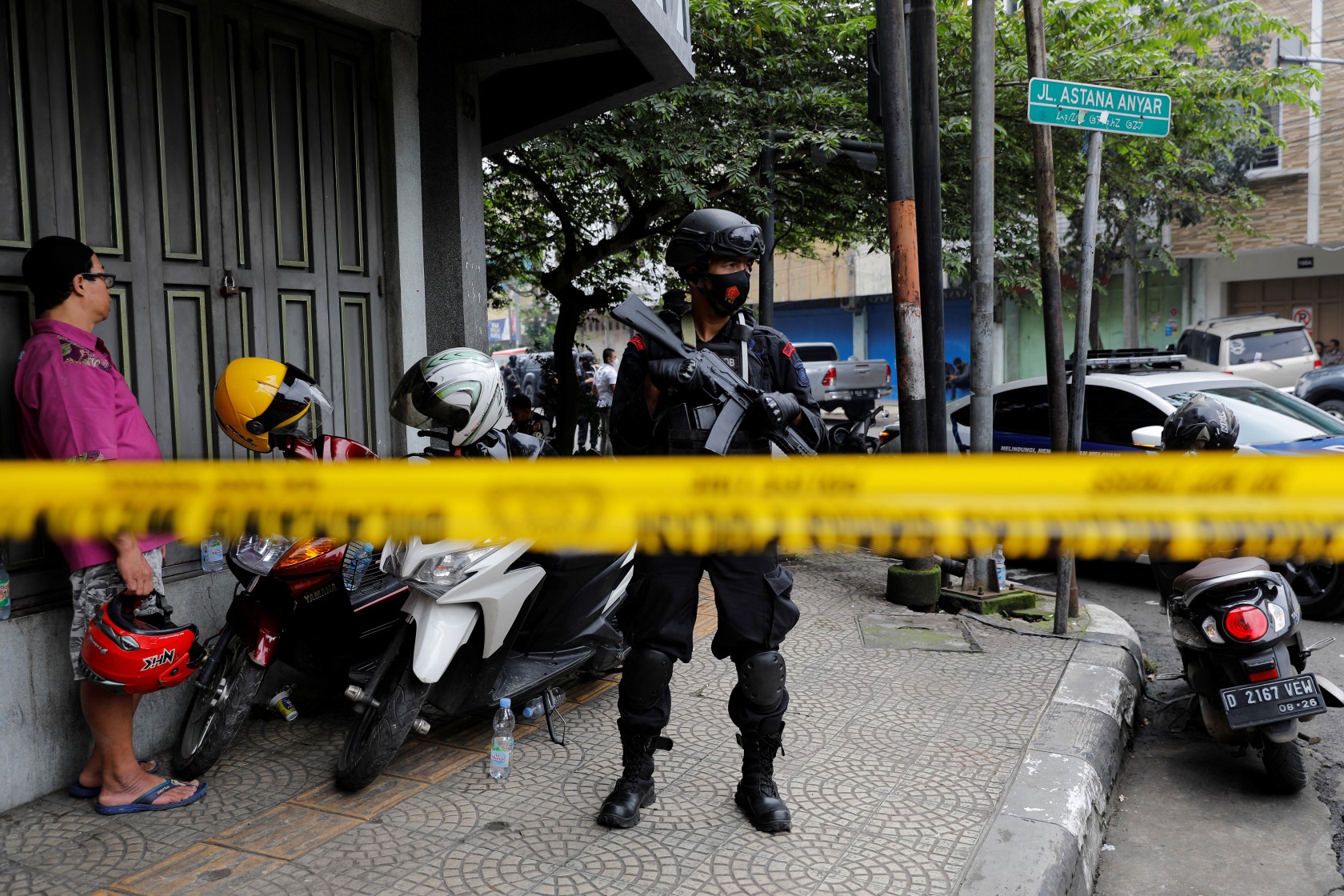 An armed police officer stands guard after the suicide bombing at a district police station in Bandung, West Java province, Indonesia on Dec. 7, 2022.

In May 2018, two families carried out a series of suicide bombings on churches in the city of Surabaya, killing a dozen people including two young girls whose parents had involved them in one of the attacks. Police said the father was the leader of a local affiliate of Indonesian terrorist group Jemaah Anshorut Daulah.

Last year, two attackers believed to be members of a militant network that pledged allegiance to the Islamic State group blew themselves up outside a packed Roman Catholic cathedral during a Palm Sunday Mass on Indonesia’s Sulawesi island, killing the two attackers and wounding at least 20 people.