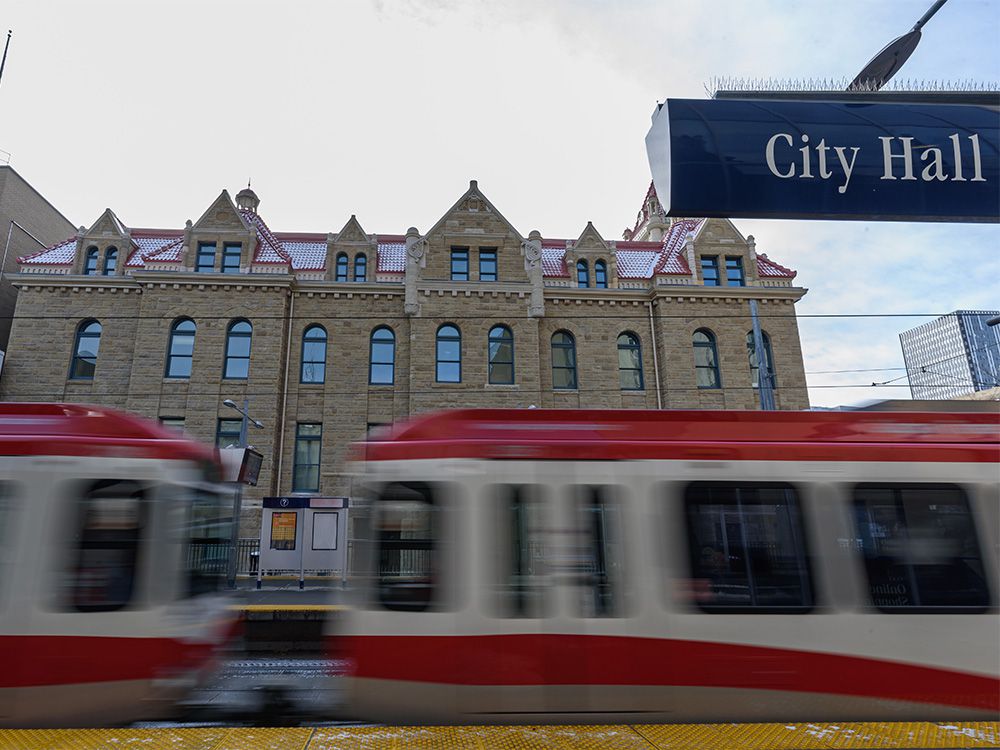 A CTrain passes through the City Hall LRT station in downtown Calgary on Thursday, February 3, 2022.

Given the budgetary pressures facing the city this year, it’s perhaps not unreasonable that Calgary Transit users would be asked to pay a little bit more .

Conversely, though, it’s not unreasonable for users of Calgary Transit to wonder whether it’s still worth it. Adding yet another disincentive on top of the ongoing — and growing — concerns about safety could pose some serious challenges to hopes of maintaining and increasing ridership.

Whatever vision exists for the future of Calgary Transit, whether in the short term or long term, the immediate priority must be addressing public safety. It’s more than just a question of reduced ridership; it’s a moral obligation to those who rely on the system.

That’s not to say this issue has been ignored. Additional measures were announced earlier this year aimed at enhancing public safety within the transit system. This past summer, plans were announced to add more security officers . It would be unfair to suggest that those additional measures failed — and some of these measures take time to implement — but clearly more needs to be done.

We’ve had some troubling high-profile incidents in recent days that have underscored the scope of the problem. In one incident, a woman was attacked with a hatchet on an LRT platform. Just last week, a brawl involving weapons at the very same LRT station saw one participant catch fire after being shot with a flare gun.

In response to these and other incidents, a group of councillors is pushing for a pilot project for what’s referred to as a “closed system” for LRT stations. The idea is basically that only those who have purchased a ticket would have access to LRT stations and platforms. As Coun. Andre Chabot rightly noted, “If people don’t feel safe, they’re not going to get onto the system.”

This is no panacea, but it could have some immediate and measurable impact. Given the challenges facing this system at the moment, it’s hard to understand why the city wouldn’t proceed with this.

Some of the pushback on council comes from those who see such measures as ignoring or failing to address some of the underlying issues that contribute to these problems. Coun. Courtney Walcott lamented, “We’re often concerned about policing our way out of it and forcing our way out of it … these people are there because those systems have failed too.”

It’s a fair point to note that the current crime and public safety problems in Calgary, like in other Canadian cities, do indeed have root causes and will have to be addressed. But in the context of public safety on public transit, the arguments are much less relevant.

Calgary Transit’s job is pretty narrow and it doesn’t involve solving complex social issues or providing social services. Calgary Transit exists to provide a specific service to the public and that service should come with some expectation that it can be used safely. City council doesn’t have to choose between addressing these two issues.

If council feels that homelessness, addiction and poverty need to be addressed, then there are avenues for them to do so. If council believes that the police or other agencies need additional funding to address public safety or underlying root causes, funds can be allocated accordingly. In the meantime, though, Calgarians are growing impatient .

In fairness to city council, this shouldn’t fall entirely on its lap. There’s a role here for the Alberta government, too, both in terms of supporting public safety measures and addressing the larger issue of increased crime and social disorder. There needs to be some urgency from the province, as well.

There is obviously a cost to all of this, not to mention the resource challenges inherent in implementing solutions. But ignoring the problem could arguably prove to be far more costly.