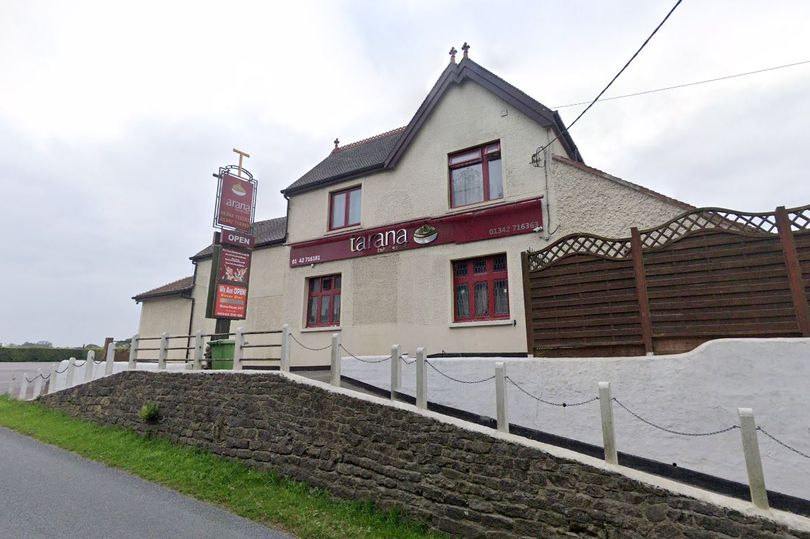 Three Indian restaurants from across Sussex are to battle it out to be crowned ‘Restaurant of the Year – South East’ at a top Asian restaurant award ceremony in London next week. Pavel Indian in Brighton, New Haldi Indian in Horsham, and Tarana Bar and Grill near Crawley have each been shortlisted to take home the ‘best’ title at the red-carpet event at the InterContinental Hotel this weekend (October 2).

It comes as the Asian Restaurant and Takeaway Awards 2022 (ARTA) aims to celebrate excellence, creativity, and great taste in the craft. To do this it will bring the most prestigious Asian restaurants and best chefs together under one roof.

The three Sussex establishments to make the shortlist are among those narrowed down in a survey responded to by more than 70,000 people and out of 2,370 restaurants and takeaways spotlighted by ARTA. A final judging panel will now announce the winner in each region as well as in categories including National Champion of Champions, National Takeaway of the Year, and National Chef of the Year.

Additional categories will also champion newcomer restaurants and restaurants serving Thai, Chinese, and European cuisine. ARTA said it hopes to shine a spotlight on the pinnacle of restaurants and takeaways from a starting point of thousands.

The awards also claimed that the UK’s curry industry now contributes £5 billion annually. This is as well as highlighting that there are now said to be more Indian restaurants in London than in Dehli and Mumbai.

The red-carpet event will be hosted by journalist and broadcaster Samantha Simmonds and magician Paul Martin. Speaking on the awards founder member and CEO of ARTA Mohammed Munim said: “Britain has some of the most vibrant and dynamic Asain restaurants, and they are an integral part of the fabric and culture of the country.

“The ARTA awards are a celebration and recognition of these exceptional restaurants, takeaways, chefs, and restauranteurs all across the country, who are serving their local communities so exceptionally well.” He added: “Each nominee is a worthy winner and we look forward to celebrating with them all at the award ceremony on October 2.”

Sign up to get the latest stories from Sussex direct to your inbox here.


View more: 5 more flood alerts for Hants as forecasters warn 'Beast from the East' storm may arrive for Christmas

Arrivabene Agnelli Nedved Juventus Serie A The entire board of directors at Juventus have resigned from the club, GOAL has learned. Key figures such as president Andrea Agnelli, vice-president Pavel Nedved and managing director Maurizio Arrivabene have all resigned in an extraordinary meeting held on the evening of November ...


View more: Huge shock at Juventus as ENTIRE board including Agnelli and Nedved resign

Prince William and Kate Middleton will soon be heading off to the States for their US tour, which will see the Prince and Princess of Wales attend engagements in Boston – including the star-studded Earthshot Prize ceremony. But as the pair jet over to the US for their three-day Royal ...


View more: William and Kate's US tour 'planned without Harry and Meghan in mind', says source

Meghan Markle, seen at a ‘Suits’ promotional event In New York, on March 17, 2016, wrote about the fan reaction to her on-screen father Robert Zane, played by Wendell Pierce, in a 2015 article. A clip of the show resurfaced on Twitter. Meghan Markle’s character in Suits says “You ...

Revised plans to build dozens of new homes on the edge of a Somerset town have been put forward for consultation. Gleeson Strategic Land Ltd. secured outline planning permission in May to build 75 homes on Beauchamps Drive near the southern edge of Midsomer Norton, following a planning inquiry held ...


View more: Revised plans for 75 homes on the southern edge of Somerset town

King Charles adjusted royal protocol for artist David Hockney during a lunch event hosted for the members of the Order of the Merit on Thursday. The dress code for such events is mostly formal but the King changed it for the artist, who uses a wheelchair to attend the event. ...


View more: EXCLUSIVE: 'Outback Wrangler' Matt Wright is spotted on a plane out of Sydney with his wife and newborn as he flies to Darwin to face charges over fatal helicopter crash - as shock new details emerge

EXCLUSIVE 'The next plan is to get wed': Queen of the Jungle Jill Scott says she can't wait to marry fiancée Shelly Unitt and admits being apart from her longterm love in the I'm A Celeb camp was 'difficult'

Mother, 36, was stabbed outside primary school by her best friend of 25 years, court hears

EXCLUSIVE: 'The minute we saw each other, I started crying': Brother of Melissa Highsmith reveals 'God answered my prayers' after emotional reunion in Starbucks with sister who was abducted in 1971 by babysitter

BREAKING NEWS: More than 100 people rescued after being stranded on huge chunk of ice that broke free on Minnesota lake while they were fishing

Mike Tindall launches his own range of BUDGIE SMUGGLERS following his I'm A Celebrity 2022 creek cameo in the tiny trunks... with all proceeds donated to Parkinson's Disease charity

Video: Tories howl down Labour's Sarah Owen and tell her to 'sit down' in furious Commons bust-up after report claimed MP Paul Howell failed to declare his 17 properties

Video: People without hearing can LISTEN to music with new technology that converts tunes into vibrations