A plan to help guide development while aiming to preserve culture and history in Calgary’s Chinatown has been approved by city council.

“Tomorrow’s Chinatown” is a 30-year strategy that includes a cultural plan, an area redevelopment plan and the renaming of James Short Park to Harmony Park.

The overall strategy was approved in a unanimous vote by city councillors on Tuesday.

The cultural plan and area redevelopment plan are expected to serve as as a culturally-informed guide for future developments, improved streetscapes and park space.

According to Wong, future development and architecture would respect Chinatown as a “cultural enclave” and include an articulation of Asian motif while intersections and curbs will be reflective of how the Chinatown community uses those spaces.

It comes after years of consultation and engagement with residents in Chinatown and the city’s Chinese community, which included a citizen advisory group made up of 25 community leaders and citizens.

The community is a special place for Alice Lam, founder of I Love YYC Chinatown.

Lam’s parents were refugees from Vietnam, and Chinatown was one of the first communities they lived in when they arrived in Calgary.

“It really was a place of community, of helping each other and mutual aid,” Lam told Global News. “I think now that I’m older, I just want to pay that forward.”

Lam spent many years volunteering in Chinatown, from helping seniors with translation and connecting them with social services, to educating Calgarians of the history in the community.

Lam said Chinatowns are disappearing across North America due to gentrification and said she’s hopeful in the collaborative effort to preserve the heritage in the community.

“This is just one way we can ensure that everybody who comes into the neighborhood and wants to invest does it in a collaborative fashion and does something that respects the cultural and historical context of the neighborhood,” Lam said.

Chinatown has been a part of Calgary since 1885, but where it stands now is its third location. 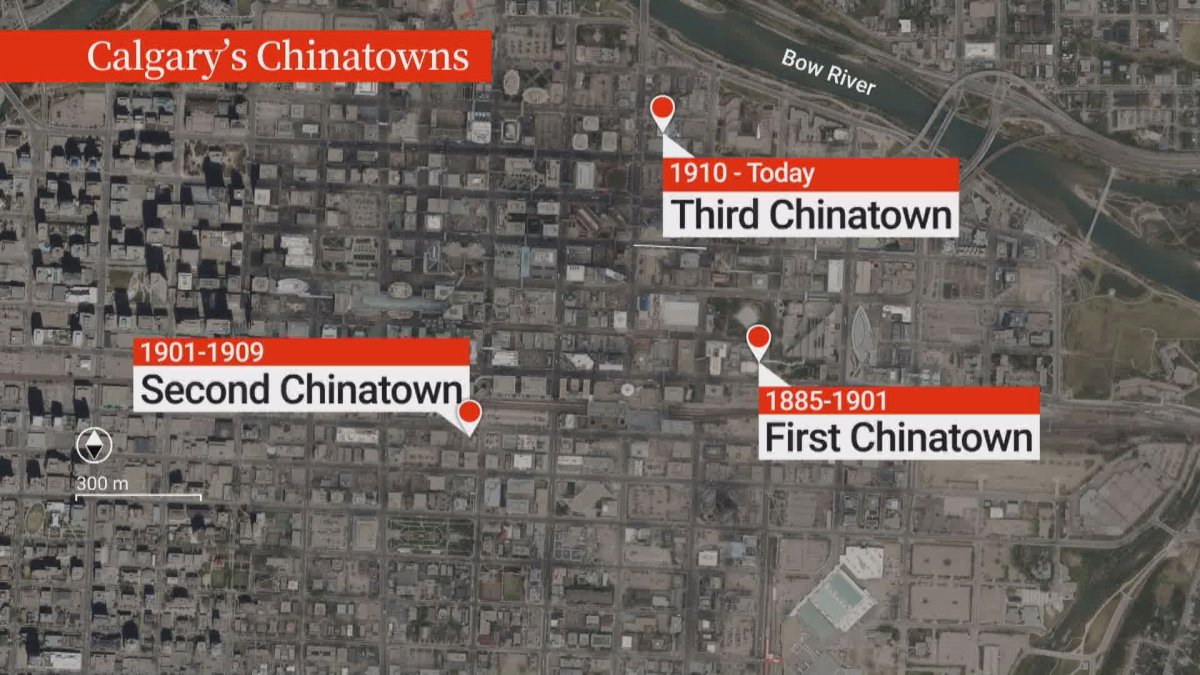 A map showing the current and previous locations of Chinatown in Calgary. Global News

That area was redeveloped around 1910 and the community was forced to move a third time.

Wong said the story of Calgary’s Chinese community is one of perseverance and strength during challenging times, including policies of the day like the Chinese Immigration Act.

According to Wong, investment in the cultural plan will also be put forward to celebrating the anniversary of the removal of the act next year.

Calgary’s mayor was absent from council for the vote, but released a statement in support of the plan.

“Over the years, Chinatown has contributed so much toward making downtown Calgary a thriving destination, and these plans reflect what we can accomplish together in creating tomorrow’s Chinatown,” Gondek’s statement said.

The area redevelopment plan still needs final approval from the Calgary Metropolitan Region Board before returning to city council in the spring to be finalized.