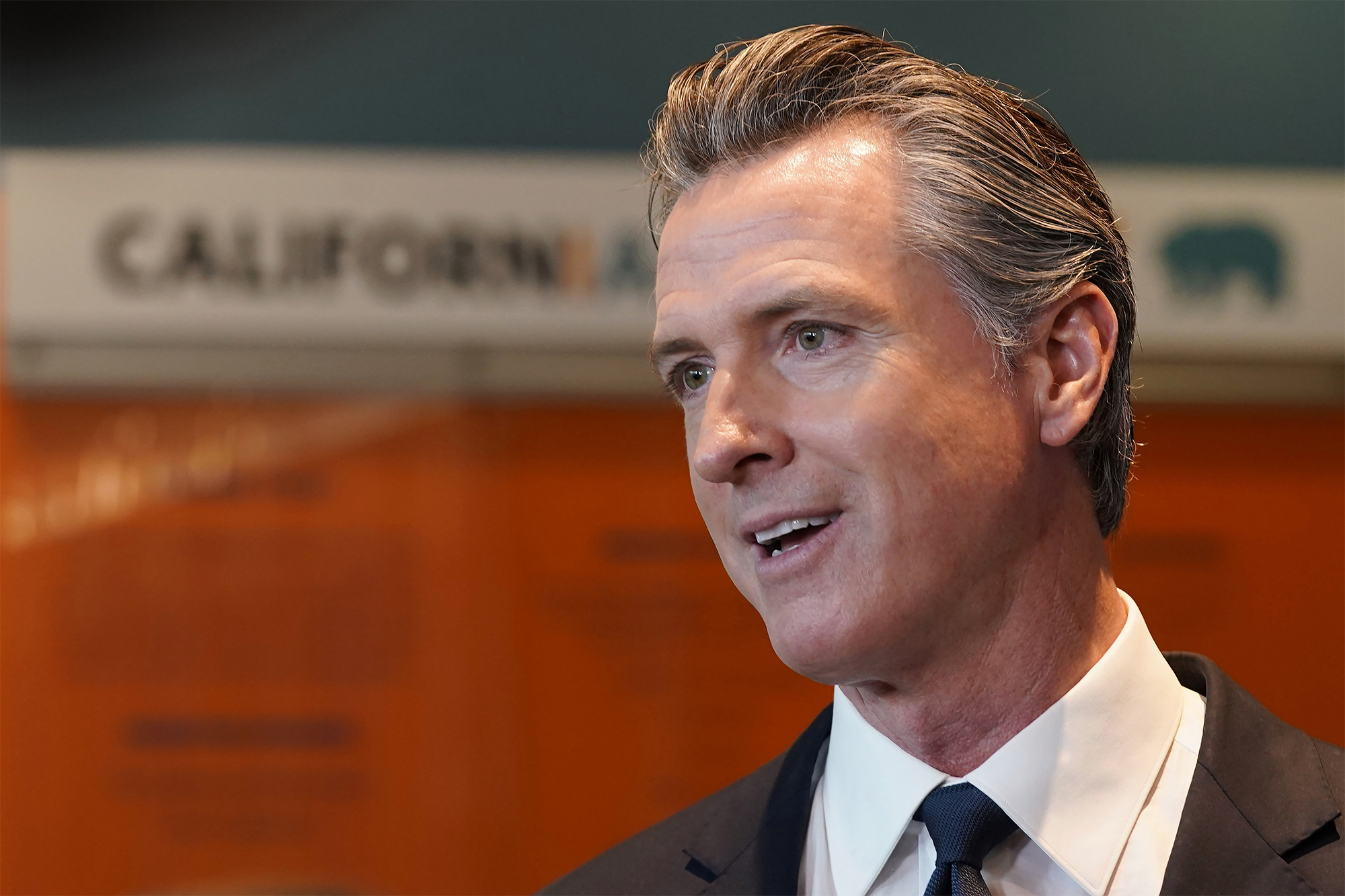 A California task force studying the long-term effects of slavery and systemic racism on black residents in the state has estimated a whopping $569 billion in reparations is owed to the descendants of enslaved people, according to a report.

The nine-member panel concluded that black Californians whose ancestors were in the US in the 19th century are due $223,200 each due to housing discrimination practices utilized from 1933 to 1977, the New York Times reported.

The work of the Reparations Task Force, which was created by legislation Gov. Gavin Newsom signed in 2020 — and the potential payouts –represent the largest reparations effort in recent history.

“We are looking at reparations on a scale that is the largest since Reconstruction,” Jovan Scott Lewis, a professor at the University of California, Berkeley, who is one of the nine members, told the Times.

The task force hopes to shrink the wealth gap between white and black Californians.

Nationwide, black households have a median wealth of $24,100, which pales in comparison to white households, where the median wealth is $188,200, according to the most recent Federal Reserve Board Survey of Consumer Finances, cited by the paper.

A history of housing discrimination against black Californians makes up a significant portion of the compensation the panel recommends. Several black communities were bought out or seized through eminent domain to be bulldozed for infrastructure projects, according to the panel’s findings. 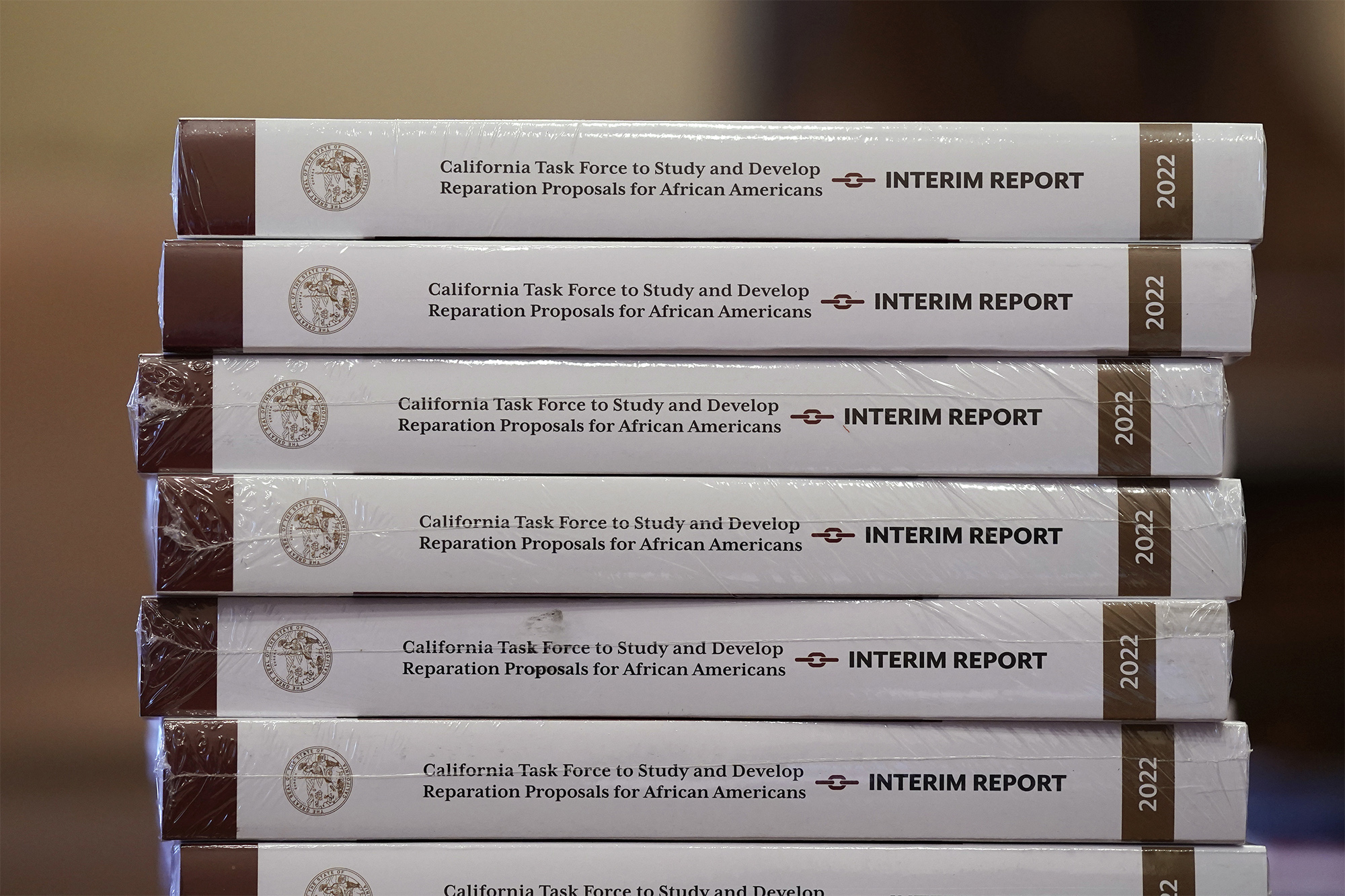 The task force is expected to released a proposal with recommended reparations by July 2023.

The government often offered black homeowners less money than what they paid to purchase their houses and forced them out, the Times reported.

In addition to housing discrimination, the panel has targeted four other areas to study — mass incarceration, unjust property seizures, devaluation of black businesses and health care.

The Reparations Task Force will release a report with the final dollar amounts next year.

However, the nine members — who have been conducting interviews and compiling data for months — can only make recommendations to the state.

The California legislature must decide what to do with those recommendations and whether to throw political support and funding behind distributing reparations to the descendants of black enslaved residents.

The panel is also evaluating how reparations could be delivered. The options include direct cash payments or tuition and housing grants, according to the Times.

Tom Verlaine, the singer and guitarist who fronted the unique, ambitious and oblique New York band Television, with whom he made two of rock’s most acclaimed albums, died on Saturday. He was 73. Jesse Paris Smith, daughter of musician Patti Smith, confirmed Verlaine’s death to the New York Times. She ...

Nets head coach Jacque Vaughn used a baseball reference to describe the direction he wants embattled forward Ben Simmons to trend toward this season. Simmons, who left Thursday’s loss to the Detroit Pistons after getting hit in the face and did not return due to left knee soreness, missed Sunday’s ...

Brian Douglas/Paramount+ Whether you love Taylor Sheridan or can’t seem to understand what all of the fuss is about regarding the “Yellowstone” creator, it’s clear that his writing is precisely what a lot of television and film viewers are looking for. After all, Sheridan’s many shows have become so ubiquitous ...