Cameroon boss Rigobert Song praised Breel Embolo's goal for Switzerland Song's side were beaten 1-0 courtesy of the forwards' second half strikeThe 25-year-old Monaco forward was born in the Cameroonian capital, Yaounde Click here for all the action as Switzerland defeated Cameroon 1-0 on Thursday For all the latest updates from Qatar follow Sportsmail's LIVE World Cup blog Click here for the latest World Cup 2022 news, fixtures, live action and results

Cameroon coach Rigobert Song is proud of ‘little brother’ Breel Embolo despite the Switzerland striker scoring the winning goal against his side in their World Cup Group G opener at the Al Janoub Stadium on Thursday.

Yaounde-born Embolo netted the winner against the country of his birth after 48 minutes but refused to celebrate as the Swiss claimed victory in a game in which they were second best in the first half, but much improved after the break.

Song was seen speaking to Embolo after the game and said he offered his congratulations. 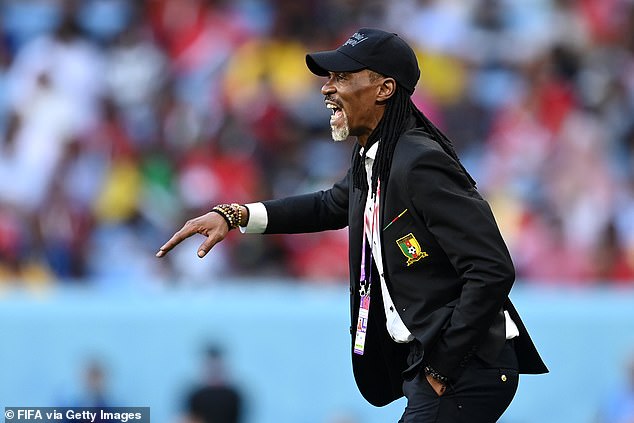 ‘We know each other, he is my little brother,’ Song told reporters. ‘We often speak to each other on the phone and I wanted to congratulate him. It is fair play to do so. Just because we are on different teams, it does not mean we are not still brothers.’

Song added that despite plunging his side to a defeat, he was proud that Embolo had scored a goal at the World Cup.

‘He did not celebrate his goal, but this is all part of football,’ Song said. ‘I am happy for him and proud of him. He is with the Swiss national team and I would have liked him to be on my side, but that is the way of life.

‘For us the most important thing is how did we play on the pitch, what could we have done better, rather than worrying who was scoring goals against us.’

Cameroon dominated the opening half and had three excellent chances, but could not find that spark in the second period. 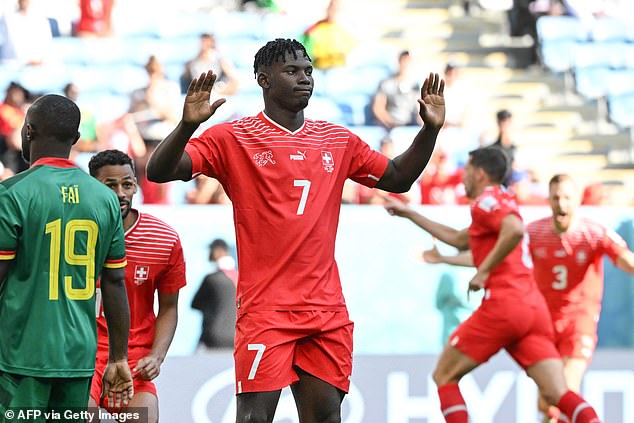 ‘Generally in football, when you are dominating you need to hit the back of the net, it is not enough to have ball possession. We missed that final touch (to score), we were hungry for the win, but the goal did not come,’ Song said.

‘If you look at our team, only three players of the 26 have played at a World Cup before. This is a new generation of players. There is everything still left to play for. We have not lost hope.

‘The mistakes that were made today will not be made again in the next game (against Serbia on Monday). In football, anything is possible.

‘We believe in this dream. We have come here with a mission to accomplish. I am a competitor.’ 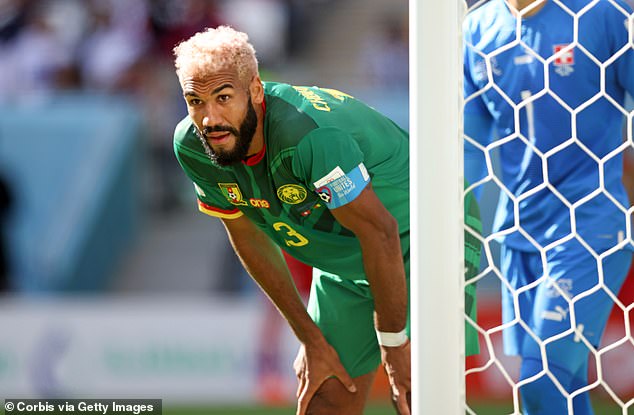