Cameroon face Serbia with both sides looking to bounce back from Qatar World Cup defeats.

The Indomitable Lions face the Eagles after a 1-0 loss to Switzerland, with Cameroon-born Breel Embolo scoring, while Brazil beat Dragan Stojković’s side 2-0 thanks to Richarlison’s double.

A more expansive game could unfold here with Cameroon coach Rigobert Song aware of the need for urgency with Brazil in the final game of the group stage: “The highest level is unforgiving,” he said. “We no longer have any room for error and we’ll be going for broke.”

While this result could determine whether Song remains in charge beyond Qatar, with speculation surrounding his future, but Song maintains he is solely concentrating on the task at hand: “I’m focused on the game. We will have plenty of time to talk about the other things later.”

Follow all the action from the Al Janoub Stadium with our live blog below:

Is Cameroon vs Serbia on TV? Channel, kick-off time and how to watch World Cup fixture online

Cameroon and Serbia go into today’s Group G match knowing that anything less than a victory could send them packing from the World Cup by the time Brazil and Switzerland play later in the day.

Serbia are bottom of the group after losing 2-0 to pre-tournament favourites Brazil while Cameroon’s 1-0 loss to Switzerland means the African side are still seeking their first victory in the World Cup since 2002.

The match arguably gives both Cameroon and Serbia their best chances of opening their account in Qatar.

But a loss for either team – combined with a draw between Brazil and Switzerland – would prematurely bring the curtains down on their campaign, with nothing to play for but pride in their final group game on 2 December.

Here is everything you need to know: 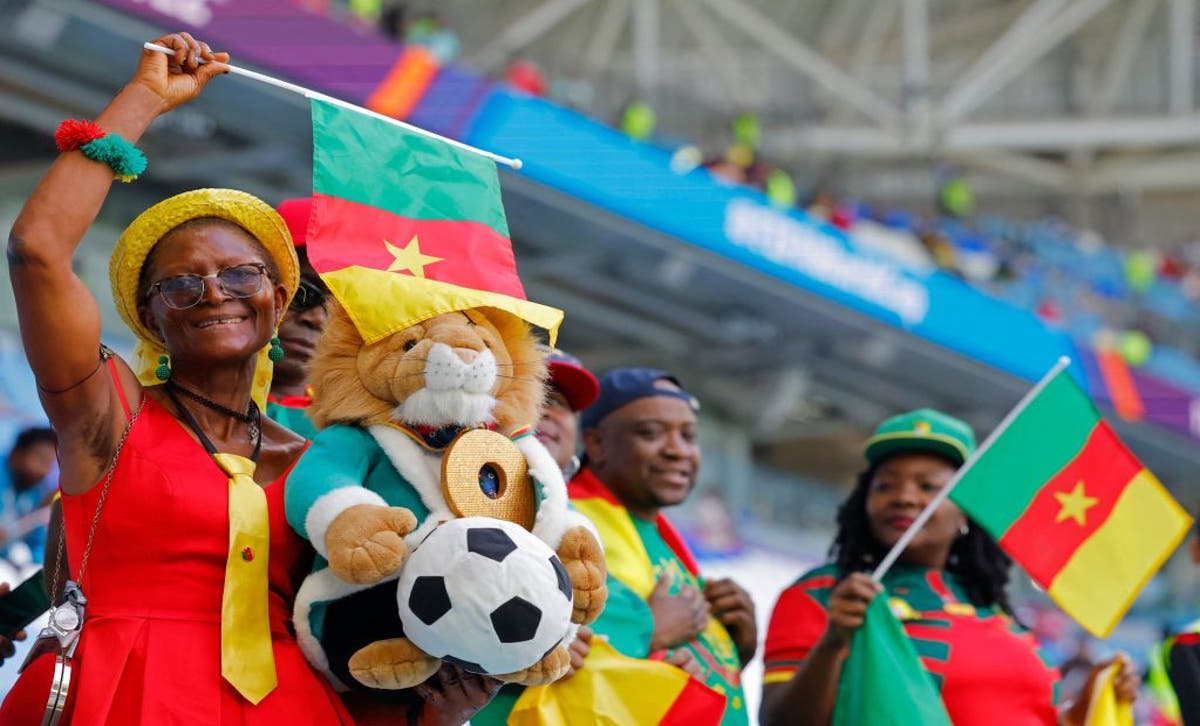 Is Cameroon vs Serbia on TV? Channel, kick-off time and how to watch

Everything you need to know about the Group G meeting

Cameroon vs Serbia is the first World Cup 2022 serving on the Independent today.

It’s an intriguing game with both sides suffering opening round defeats in Qatar.

With the pressure on Cameroon, knowing Brazil are their final group stage opponents, there could be some desperation to get the win.

Serbia have been tipped up as dark horses, but with the likes of Fulham’s Aleksandar Mitrovic and Juventus pair Filip Kostić and Dusan Vlahovic still short of being at peak condition, they may need to work their way into the tournament.

But with Switzerland already up to three points, victory is pivotal for both sides.

Join us for live build-up, team news and analysis from the World Cup today.