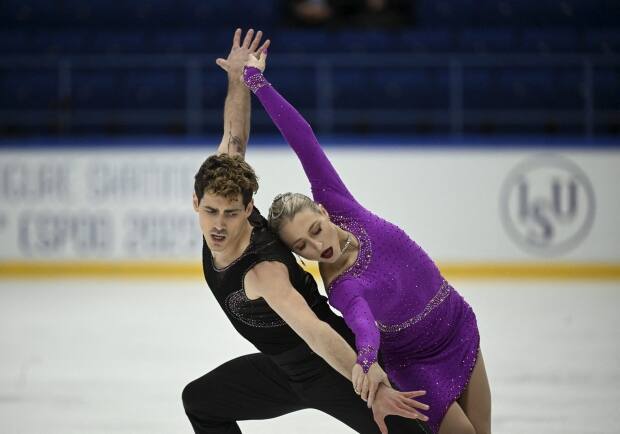 Canada’s Piper Gilles and Paul Poirier sit atop the ice dance leaderboard after the rhythm dance at the ISU Grand Prix of Figure Skating event in Espoo, Finland on Friday.

Canada’s Piper Gilles and Paul Poirier easily glided into first place in the rhythm dance on the first day of the ISU Grand Prix of Figure Skating event in Espoo, Finland on Friday.

The world bronze medallists scored 87.80 points for their program to Lady Bri’s “Do What I Do,” putting themselves at the top of the 10-team field heading into Saturday’s free dance at the Grand Prix Espoo.

Not so close behind them are two American duos, with Kaitlin Hawayek and Jean-Luc Baker in second (80.93), and Christina Carreira and Anthony Ponomarenko in third (76.20).

Alaskan-born Canadian Keegan Messing is fourth after the men’s short program with 80.12 points, while Kevin Aymoz of France leads the way with 88.96.

Madeline Schizas of Oakville Ont., is fifth heading into the women’s free skate after earning 65.19 points in the short program.

In the pairs competition, Italy’s Rebecca Ghilardi and Filippo Ambrosini are in first place with 67.31 points after the short program.

Americans Anastasiia Smirnova and Danylo Siianytsia are second (63.01), while Georgia’s Anastasiia Metelkina and Daniil Parkman are not far behind in third (62.59).

The Grand Prix Espoo continues tomorrow with the free programs, starting at 5:45 a.m. ET. Watch live coverage on CBCSports.ca, CBC Gem and the CBC Sports app for iOS and Android.