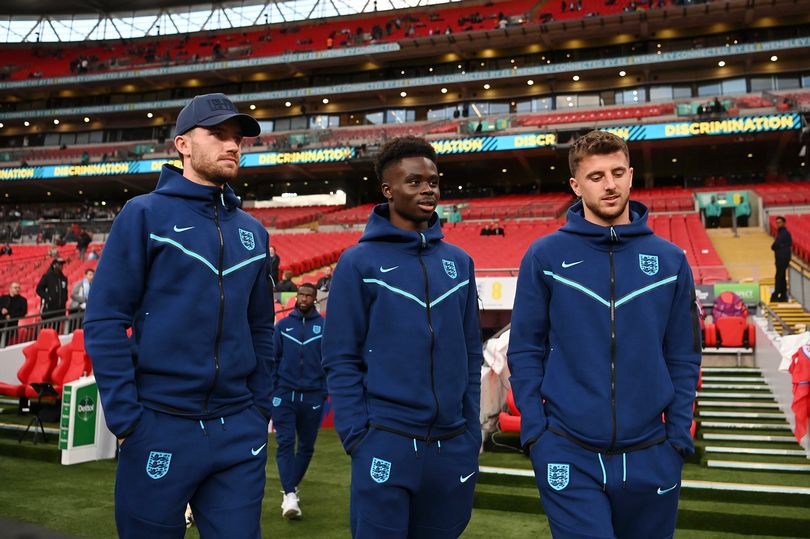 Ben Chilwell, Bukayo Saka and Mason Mount of England inspect the pitch prior to the UEFA Nations League League A Group 3 match between England and Germany at Wembley Stadium

Even with four players ruled out of Chelsea’s game against Crystal Palace, predicting Graham Potter’s XI for his first league game in charge is tough.

Not only is it uncertain who will be amongst the new manager’s favourites and preferred picks but also his tactical flexibility makes the formation he uses far from a simple either. Although it will likely follow a 3-5-2 pattern, the way that players are used for specific tasks will be revealed only when the game starts.

That doesn’t mean that losing Edouard Mendy, N’Golo Kante, Carney Chukwuemeka and Marc Cucurella is fine, the latter was vital against RB Salzburg and Mendy is still expected to be the first choice keeper, but Potter’s ingenuity should help him out.

Amongst those that could fill the void, Ben Chilwell is the obvious replacement for Cucurella – though he wasn’t used once more by Gareth Southgate on international duty and looks less suited to the left-sided centre-back role – and Kepa Arrizabalaga will take the gloves.

This has also been hinted at in an early team news hint from Chelsea themselves who posted a pre-match social media post including Kalidou Koulibaly and Chilwell. This is far from a guarantee that the pair will play, but it’s certainly possible.

Koulibaly was left on the bench for Potter’s first match but could come back into the side with him fitting the outside centre-back role better than Chilwell, but that would likely move Raheem Sterling from his wide position on the left wing.

There is also the possibility of springing a surprise four-man defence on Crystal Palace, too. But for all of this we will have to wait until 2pm to decipher and, given Potter’s constant movement of his pawns, it’ll probably be some time after 3pm before the true shape becomes apparent, anyway.