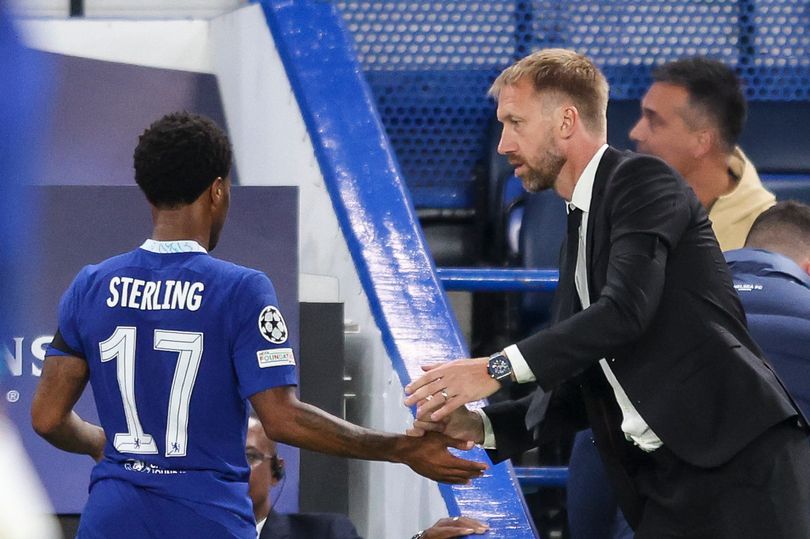 Graham Potter has been left with no easy task in selecting his Chelsea starting lineup to face Crystal Palace having had a limited time to bond and mix with his squad in the build-up. The postponement of games against Fulham and Liverpool allowed some time for getting acquainted and a behind-closed-doors game against Brighton for the Blues’ head coach to assess those players who had not featured against Red Bull Salzburg in the Champions League.

There’s no doubting that the international break came at an inopportune moment for the new coaching staff, with the logistics of players returning perhaps entering his consideration for their fitness to play at Selhurst Park, as much as their ability. Potter however, has seen his options cut via illness and injury with the likes of N’Golo Kante and Kepa Arrizabalaga not yet ready to take to the pitch.

Potter noted in his press conference: “They’re absolutely fine in terms of coming through their rehab stages. NG has just been on the grass with the team but not full training. Eddie is a bit further on but hasn’t had enough to be involved at the weekend really. Maybe next week for him. A bit of illness for Marc Cucurella and Carney, apart from that everybody is fit.”

In his first match in charge, Potter opted for a back three of Cesar Azpilicueta, Thiago Silva and Marc Cucurella against Salzburg but is unlikely to go with the same options again. Refreshingly Silva, last played in Paris on Tuesday, instead of South America so he will likely lead the back three but with Cucurella’s ailment slowing his return to Cobham and the chance for Wilfried Zaha to exploit Azpilicueta, it could signal a chance for other options.

That could mean the pace of Trevoh Chalobah and Wesley Fofana is preferred to Kalidou Koulibaly, while Reece James may be as close to a guarantee as you can get in the Chelsea XI. Ben Chilwell will hope to start on the left having come through 90 minutes in a behind-closed-doors match ahead of the international break, but Raheem Sterling on that flank against Salzburg was a real success so Potter could be tempted to maintain that.

Otherwise, the team may be pretty similar to what Potter utilised in the Champions League. Ruben Loftus-Cheek will have attempted to persuade the 47-year-old head coach otherwise with his earlier return in comparison to his international teammates but Jorginho and Mateo Kovacic will be favourites to start.

Pierre-Emerick Aubameyang should be even closer to full fitness and having spent time with Potter since the beginning of the week should maintain his place up front ahead of Armando Broja, and will likely be joined by Kai Havertz. He forgot his Chelsea struggles on international duty to produce a brace against England, including an impressive strike from outside of the box.

EXCLUSIVE 'The next plan is to get wed': Queen of the Jungle Jill Scott says she can't wait to marry fiancée Shelly Unitt and admits being apart from her longterm love in the I'm A Celeb camp was 'difficult'

Mother, 36, was stabbed outside primary school by her best friend of 25 years, court hears

EXCLUSIVE: 'The minute we saw each other, I started crying': Brother of Melissa Highsmith reveals 'God answered my prayers' after emotional reunion in Starbucks with sister who was abducted in 1971 by babysitter

BREAKING NEWS: More than 100 people rescued after being stranded on huge chunk of ice that broke free on Minnesota lake while they were fishing

How I went from 'the tea girl' to Britain's fraud enforcer in chief: Outgoing SFO boss hails success of her all-female team

The outgoing boss of the Serious Fraud Office (SFO) will tonight hail her career progression from tea girl to head of an all-female team that won a massive corruption case against Glencore. Lisa Osofsky, who is stepping down as director in the summer, will also highlight the rise in the ...


View more: How I went from 'the tea girl' to Britain's fraud enforcer in chief: Outgoing SFO boss hails success of her all-female team

Video: Moment woman motorcyclist somersaults through the air and lands on top of garden wall after bike she was riding on with her husband was hit by drug driver on wrong side of road


View more: Video: Moment woman motorcyclist somersaults through the air and lands on top of garden wall after bike she was riding on with her husband was hit by drug driver on wrong side of road

Rolls-Royce and easyJet have carried out the world’s first successful ground test of a modern aeroplane engine fuelled by hydrogen. It took place at a Ministry of Defence site at Boscombe Down, Wiltshire, using a converted Rolls-Royce jet engine, the firms said yesterday. Business Secretary Grant Shapps said: ‘The UK ...

I’m A Celeb: The Final Voting Figures Have Been Revealed

Jill Scott I’m A Celeb is over for another yet year, and the British public have crowned football legend Jill Scott as 2022’s Jungle Queen. Jill was the bookies’ favourite to be named Jungle Queen from early on in the show – and with this weekend’s voting figures revealed, ...


View more: I’m A Celeb: The Final Voting Figures Have Been Revealed

Video: Bus on school run crashes and FLIPS, leaving a 'number' of children in hospital with injuries


View more: Video: Bus on school run crashes and FLIPS, leaving a 'number' of children in hospital with injuries

Mike Lindell said he was running to lead the Republican National CommitteeHe told Steve Bannon's show on Monday he was '100 percent running' He goes up against current chair Ronna McDaniel, who is running for reelectionShe already has the support of a majority of voting membersBut she has been criticized after a midterm 'red wave' failed to materialize

Thug who terrorised his girlfriend with a zombie knife during brutal attack is jailed after he was snared by police... thanks to the 'dog cam' he installed in his own living room


View more: Thug who terrorised his girlfriend with a zombie knife during brutal attack is jailed after he was snared by police... thanks to the 'dog cam' he installed in his own living room

Mike Tindall launches his own range of BUDGIE SMUGGLERS following his I'm A Celebrity 2022 creek cameo in the tiny trunks... with all proceeds donated to Parkinson's Disease charity

Video: Tories howl down Labour's Sarah Owen and tell her to 'sit down' in furious Commons bust-up after report claimed MP Paul Howell failed to declare his 17 properties

Video: People without hearing can LISTEN to music with new technology that converts tunes into vibrations

Former Sky Sports presenter Andy Gray says he considered ending his own life after his 2011 sacking over sexism scandal, as he and Richard Keys reveal all to Piers Morgan

'A goal like that was worthy of losing one's mind': Hilarious moment Brazilian fan is scolded by his wife for shirtless celebration at World Cup in Qatar after Richarlison scores with sensational bicycle kick

Border crisis could now put FLIGHTS in danger: Union says Air Marshals are being deployed to the border and warn American travelers are at more risk from terror attacks and dangerous passengers ahead of busy Christmas period