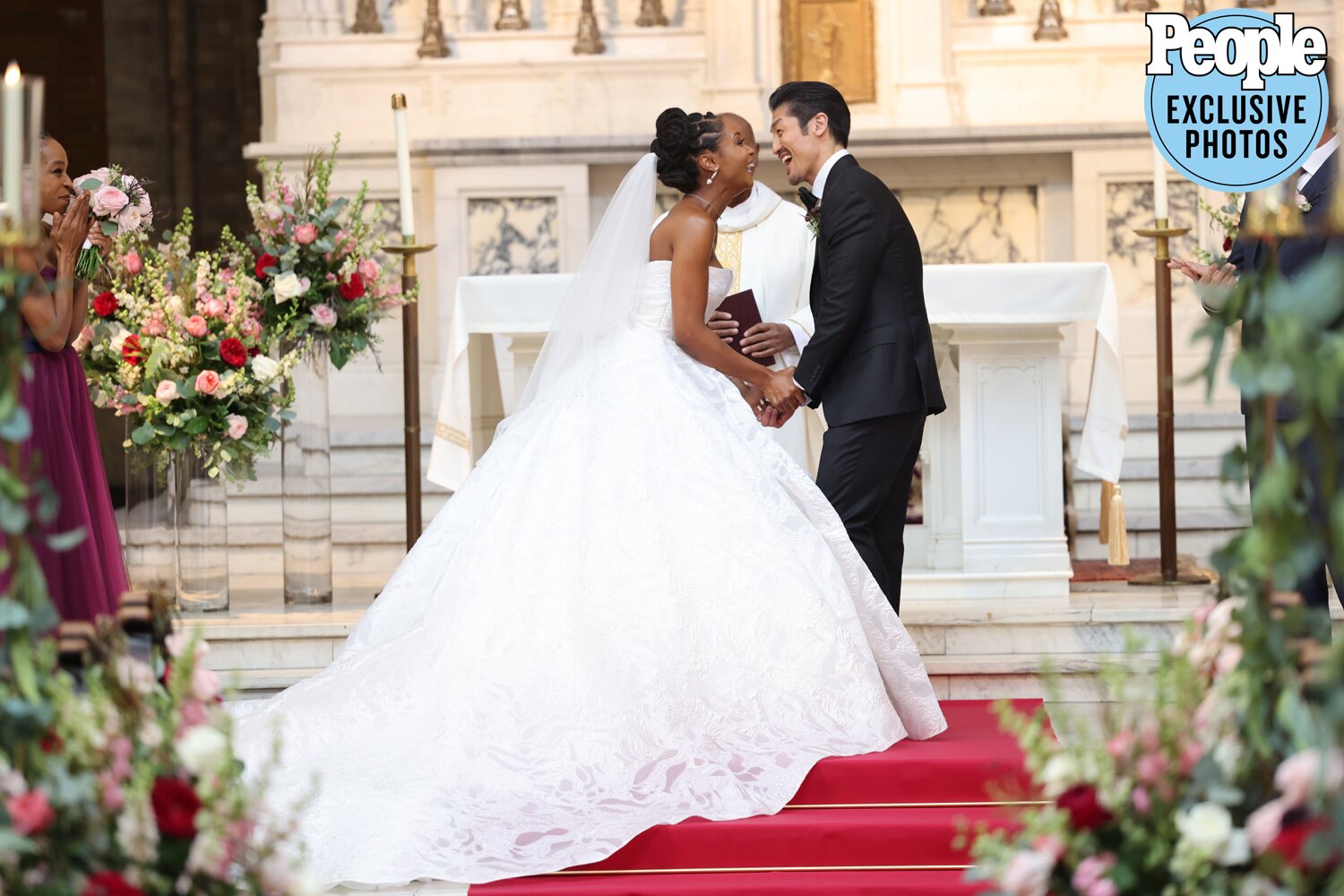 Bells are about to be ringing on Chicago Med!

We’re all invited to the wedding of April Sexton (Yaya DaCosta) and Ethan Choi (Brian Tee), happening on the Dec. 7 episode of the hit NBC series, which is also Tee’s final episode.

April left the show in May 2021 following a failed engagement to the Emergency Department doc — but returned recently and they quickly rekindled their romance. After Ethan told Will Halstead (Nick Gehlfuss), “It’s much easier the second time around. It’s like we got all the big arguments out of the way,” in episode 7 of this season, episode 8 kicked off with Maggie (Marlyne Barrett) receiving a mysterious letter, which turned out to be the wedding invitation.

In PEOPLE’s exclusive First Look photo, fans can see the happy couple ecstatic as they exchange their vows, with Ethan wearing a classic tux and April in a dramatic, elegant bridal gown.

“April was raised Catholic, so a traditional church wedding was important both to her and her family,” co-showrunner Andrew Schneider tells PEOPLE. “April’s white wedding dress reflects her love of tradition.”

The dress itself “was designed by Tony Ward, a Lebanese-Italian designer, referred to as ‘The Architect of Detail,'” the show’s costume designer, Susan Kaufmann, tells PEOPLE exclusively. “The dress is named ‘Vanaria.'” 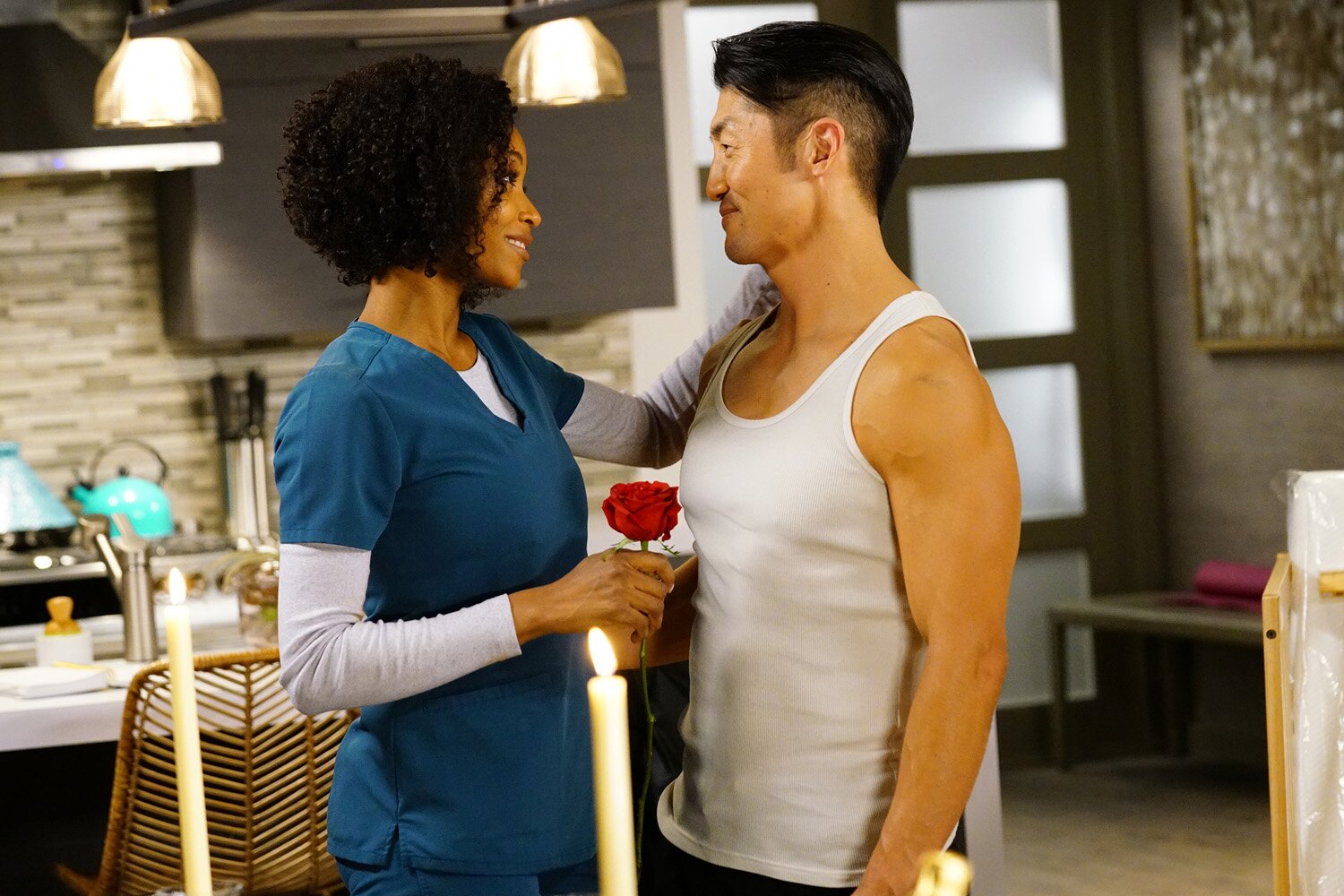 Finding the perfect dress for the beloved character wasn’t easy. “The details are especially important with television because you spend most of the time in closer shots,” Kaufmann explains.

“I took Yaya dress shopping and we tried about 15 dresses from three different shops,” she continues. “After looking at photos and videos, we agreed on the final three, but it always came back to this dress. It had all the elements: it’s classic and yet glamorous, and the fabric and detail are so beautiful and romantic!”

The decision to bring April and Ethan back together and have them marry began at the start of the season, according to Schneider and co-showrunner Diane Frolov.

“Both have evolved professionally and emotionally in ways that allow them finally to join their lives together,” says Frolov. “When they reconnected earlier this season, April saw that Ethan was now more open, less rigid; and Ethan realized he could now be the man she needed. This allowed the feelings both still felt for one another to blossom.” 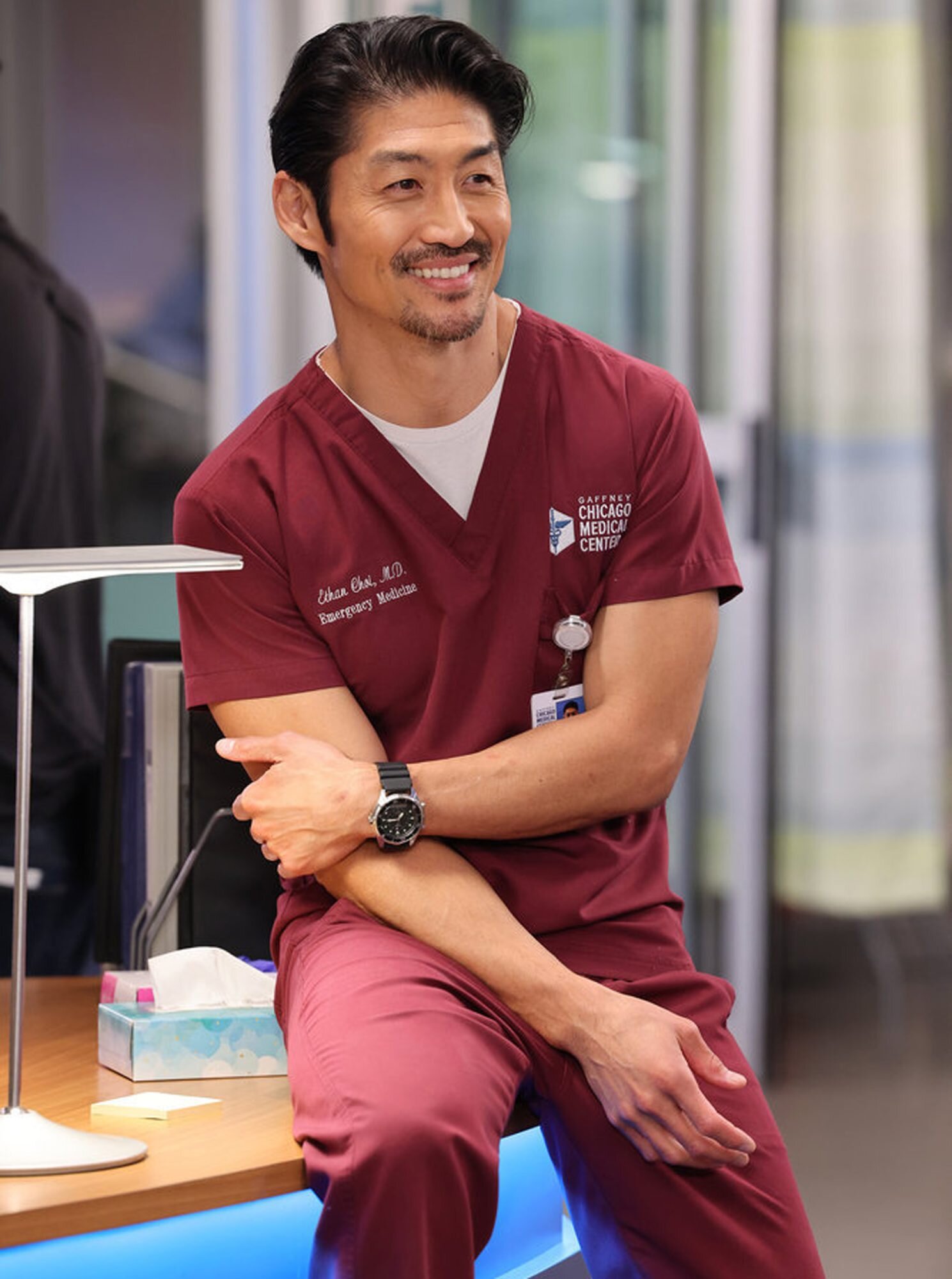 After the wedding, the couple will have big plans: “They’re starting a mobile clinic so that together they can take first-rate medical care to underserved neighborhoods in Chicago,” says Schneider.

He adds: “They’ll remain in town!” — meaning there may be ample opportunities for them to swing by the Gaffney E.D. in the future, even though both will have left the show.

“We felt [the wedding] gave closure and a happy ending to the Ethan-April love story,” Frolov says. “It also felt like a compelling next chapter in his life as a doctor.”