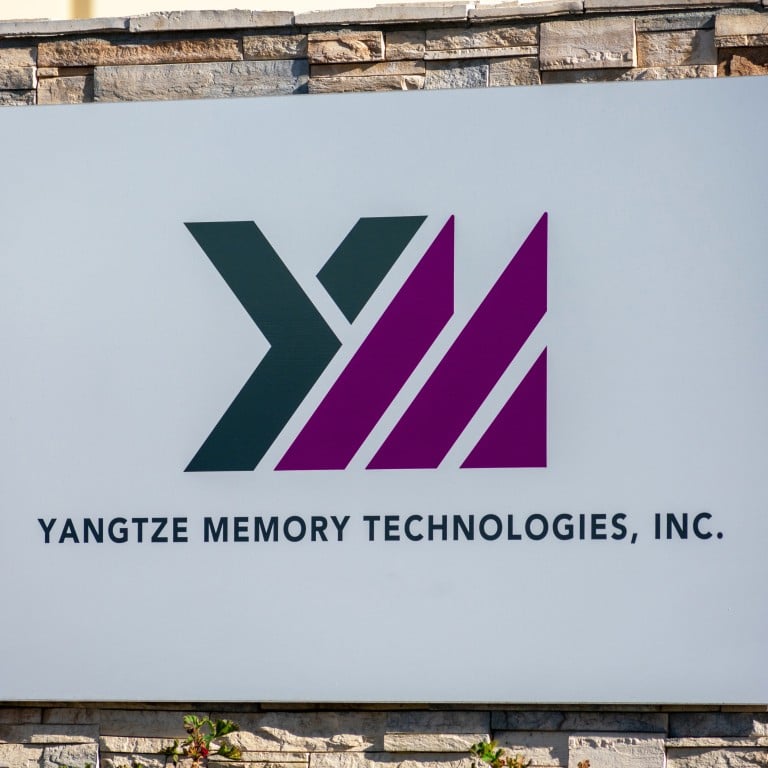 The chief executive of Yangtze Memory Technologies Co (YMTC), China’s largest producer of memory chips, has stepped down as the company faces mounting pressure amid the prospect of US sanctions.

Simon Yang, who has headed the subsidiary of Tsinghua Unigroup since its founding in 2016, is exiting the role but will stay with the company as deputy chairman, Chinese industry news website IC Rank reported on Friday.

Chen Nanxiang, an industry veteran and the former deputy general manager at China Resources Microelectronics, has been appointed chairman and acting CEO, according to the report.

Yang is stepping down for personal reasons, according to the Taiwanese site Tech News. YMTC did not respond to requests for comment on Saturday.

Yang, a US-educated engineer who previously worked at Intel and GlobalFoundries for more than a decade, is one of the leading figures in China’s push for technological self-reliance.

In 2001, Yang became one of the founding members of Semiconductor Manufacturing International Corp (SMIC), the country’s largest chip foundry, and rose to become chief operations officer in 2010 before resigning the following year.

In January 2013, Wuhan Xinxin Semiconductor Manufacturing Corp announced that Yang has been appointed its new CEO. Tsinghua Unigroup acquired the memory chip maker in 2016, when it was transformed into YMTC.

Under Yang’s leadership, YMTC quickly grew into an industry giant. One of its latest products is a 232-layer chip, according to Chinese media, which would put it on par with leading memory chip makers like Samsung Electronics, Micron and SK Hynix.

This growth has invited scrutiny. Washington has reportedly been weighing a ban on selling US semiconductor manufacturing equipment to China’s advanced NAND flash chip foundries, citing a “growing threat” posed by manufacturers like YMTC to national security and US chip companies.

News that Apple is considering using YMTC’s flash memory for iPhones sold in China also raised the ire of some lawmakers. Last week, a group of US senators called for a national security review of a potential deal between the two companies, citing privacy and security vulnerability concerns.

On Friday, two Republican congressmen announced that they introduced legislation to “impose crippling sanctions” on YMTC that would prevent Apple from using its chips.

YMTC has denied claims from US politicians that it has ties with Chinese military, but it has not publicly commented on the prospect of sanctions. The company also has not confirmed the number of memory cell layers in its latest products, keeping a low profile regarding its latest breakthroughs.

Save on Apple's M2 MacBook Air. AppleInsider may earn an affiliate commission on purchases made through links on our site. Apple’s popular MacBook Air with an upgraded M2 chip and 16GB of memory is $150 off in the gorgeous Midnight finish. In stock with free expedited shipping, plus bonus savings ...

Apple CEO Tim Cook was questioned about ongoing protests in China as he arrived for meetings with lawmakers on Capitol Hill in Washington, D.C. He was also asked if he regretted allegedly restricting AirDrop access in the country. But Cook remained silent, refusing to answer any questionsEarlier this week, the White House was accused of double standards, as a senior spokesman deflected questions about Apple bowing to Chinese authoritiesThe tech giant also caught heat for a new update that limits the reach of Apple products' AirDrop feature - which is only in ChinaIt was being used in the current protests to spread anti-lockdown messages Republican Senator Josh Hawley wrote a letter to CEO Tim Cook demanding more insight into Apple's actions regarding the China software update


View more: Apple boss Tim Cook refuses to explain why he has limited AirDrop in China, whether he supports protests, or if he sympathizes with iPhone factory workers beaten by authorities as he meets lawmakers on Capitol Hill

Photo: XanderSt (Shutterstock) On Monday, Elon Musk picked a public fight with Apple, accusing the company of freezing its advertising on Twitter and wondering aloud if the alleged pause was because “they hate free speech in America.” In fact, Apple spent $84,615 on Twitter ads that very same day, ...

Emergency SOS via Satellite AppleInsider may earn an affiliate commission on purchases made through links on our site. After becoming stranded in a remote area of Alaska, a man used the new iPhone 14 SOS feature to call for help. The man, traveling from Noorvik to Kotzebue on a snowmobile, ...

Apple is taking on a new name for the company’s upcoming venture this 2023, centering on its mixed reality entry for Cupertino’s latest wearable coming next year. Insiders claim that instead of the realityOS or rOS name, it is now centering on xrOS, its system that would represent the entirety ...

Startling footage from the Apple store in Palo Alto showed the thieves storming about the store and ripping iPhones, iPads, and laptops from their displaysCustomers were heard asking employees if they should do anything to stop it, but the employees told them not to intervene, and even guided some awayThe thieves made off with about $35,000 worth of merchandise in the heistNo arrests have been made, but cops said they believe the suspects to be in their teens or early twenties

When it comes to Apple Fitness+, most consumers and fitness enthusiasts would automatically think of the Apple Watch series. Fitness+ is the essential go-to app for users who are serious about their healthy lifestyle. However, it used to be restricted to the Apple Watch until recently, when Apple rolled ...

Today in Apple history: Too little, too late for Apple III

Video: Willow Smith supports father Will and the whole family at the Los Angeles premiere for his new Apple TV Plus film Emancipation

How to watch Hulu on Mac

Hands on with Moft's iPhone case and Continuity Camera mount

Apple won't shut down App Store Connect for the holidays