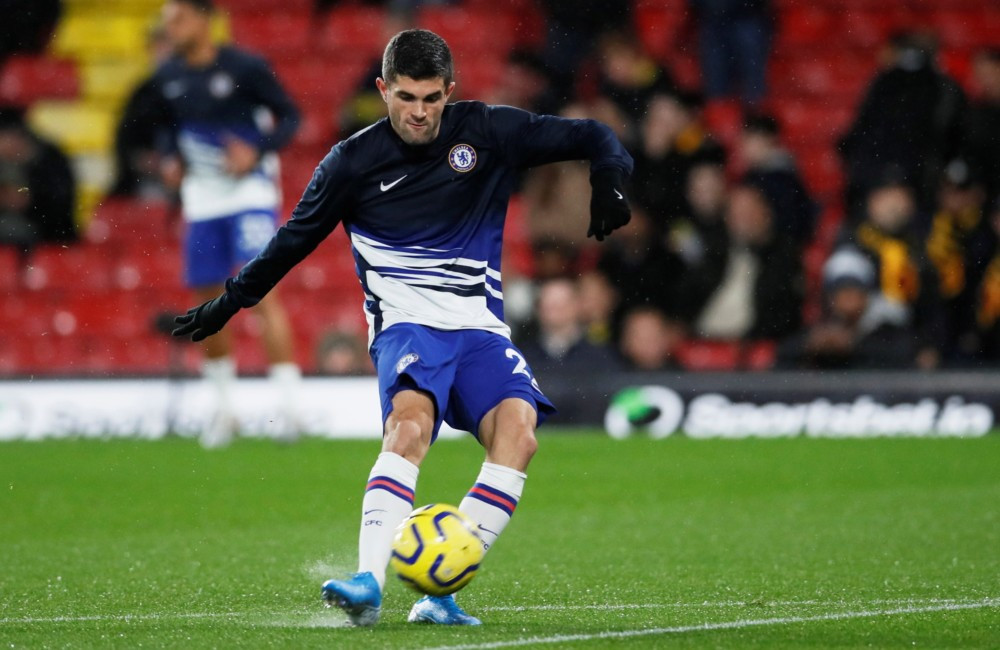 Christian Pulisic is hoping for a fresh start at Chelsea under Graham Potter.

The American midfielder is keen to make an impression on the new boss at Stamford Bridge after struggling to secure a place under former coach Thomas Tuchel.

Potter’s first Premier League game for Chelsea comes against Crystal Palace today (01.10.22) and Pulisic is ready to prove himself.

“I have a fresh start now, and I’m excited to play for the new manager. So really just looking forward to it. I just have to prove myself, as everyone does, and as I’ve done before.”

Pulisic represented the United States during the international break and wants to be ready to go for the World Cup when the tournament begins in November.

He said: “It was great to be back out there with the guys for sure, really happy to be playing. I think, obviously, not the results that we were really hoping for going into the World Cup, but we’re not going to feel too disappointed going into those games because now we have a fresh start and we’re going to go into that World Cup flying.

“We just have to do everything we can to make sure we’re prepared and ready to go when the time comes.”

Pulisic says that it will be difficult to juggle responsibilities to both club and country as the unique tournament draws ever closer.

He explained: “It’s everyone for themselves in a sense. But that’s the message that we have to send: Do everything you can to prepare your body physically, mentally, as best you can to be prepared once that time comes. And if everyone does that, I think we’re going to be in good shape for the World Cup.”

Austin Harrouff has pleaded not guilty by reason of insanity to two counts of first-degree murder and other charges for the August 2016 slayings of John and Michelle Stevens.


View more: Judge to Decide If College Student Was Insane During Bizarre Double Killing That Ended in Face-Chewing

Similar thefts have also been reported in Chicago's Streeterville neighborhood

Metallica unveiled dates to “M72,” the band’s massive tour that will send them shredding at Soldier Field and stadiums across the world in 2023 and 2024. Word of the tour coincides with the band’s announcement of their new album. “72 Seasons” is set to drop April, 14, 2023, with ...

Freight train cars sit in a rail yard on Sept. 14, 2022, in Atlanta. Two associations representing gas station owners warned Monday that a freight rail shutdown, which could happen as soon as Dec. 9, could jeopardize their ability to keep fuel in stock across the country. “If a ...

(Bloomberg) — Brenntag SE fell sharply on Monday after the Germany chemical distributor confirmed a Bloomberg News report that it’s exploring its biggest-ever acquisition. Most Read from Bloomberg Shares in the Essen-based company dropped as much as 11%, following the news that it’s in preliminary discussions to buy US rival ...

Wind energy is now South Dakota’s No. 1 producer of electricity, but not every day