She is a busy mom of three with her very own home renovation series.

But Christina Hall will finally have a chance to slow down on Thanksgiving.

The reality star, 39, revealed her plans for a ‘quiet week’ celebrating the festive holiday with her family in Tennessee with People. 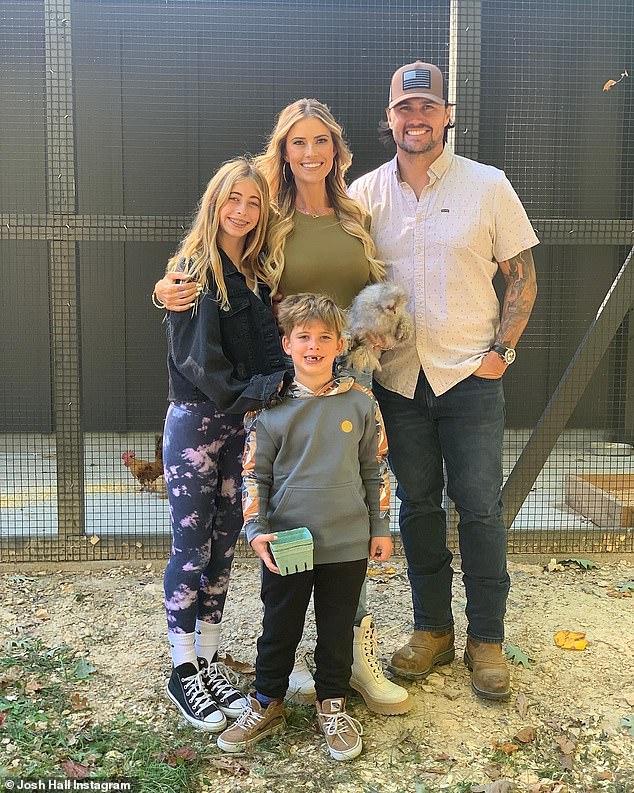 Thanksgiving in Tennessee: Christina Hall revealed her plans to spend the special holiday with her children

Christina will be spending Thanksgiving with her three children, daughter Taylor 12, and sons Brayden, seven, Hudson, three, along with her husband Josh Hall and his family.

‘Nothing says Thanksgiving like fall colors of Tennessee in the peaceful woods with our family,’ she told the publication.

‘We are excited to have a quiet week at home with the kids and Josh’s sister Stacie and her family,’ she continued.

‘We’ve all been so crazy busy so it’s nice to take a week to just talk, chill, play games and make some delicious meals.’ 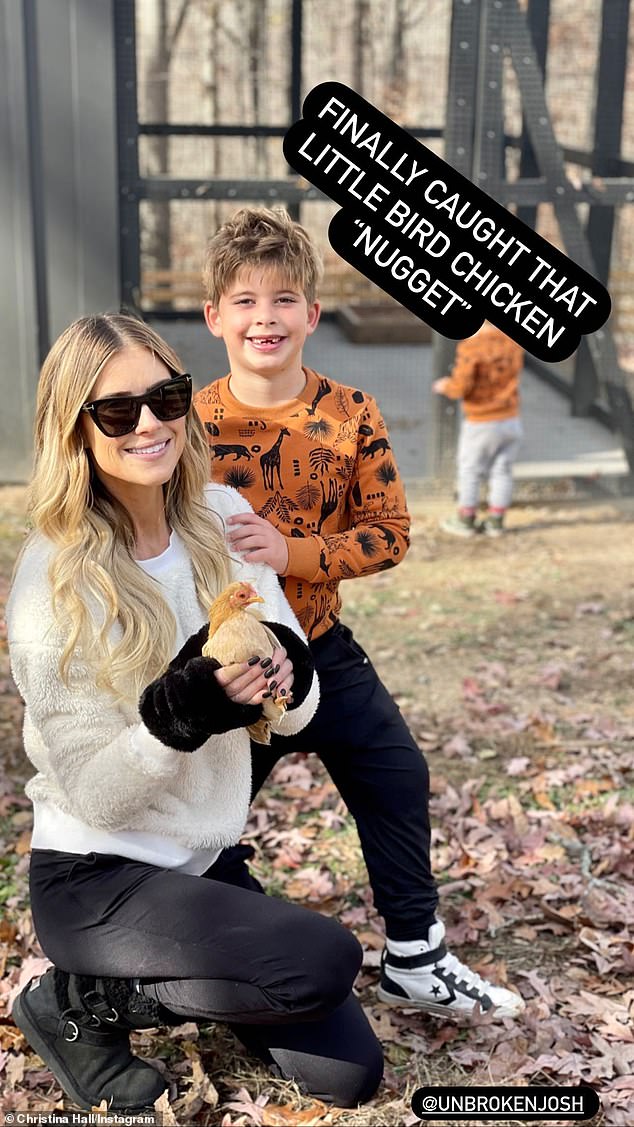 ‘Finally caught that little bird chicken “nugget”‘: Christina gave fans a glimpse of her family time on her Instagram Stories, where she posted a snap of her holding a chicken alongside her son

Christina gave fans a glimpse of her family time on her Instagram Stories, where she posted a snap of her holding a chicken alongside her son.

The holidays come as Christina and her ex-husband Ant Anstead continue waging a bitter custody battle over their son Hudson.

Fans were reminded of their issues when Christina posted a photo of her children to her Instagram account but did not include Hudson in the image on account of her dispute with Ant. 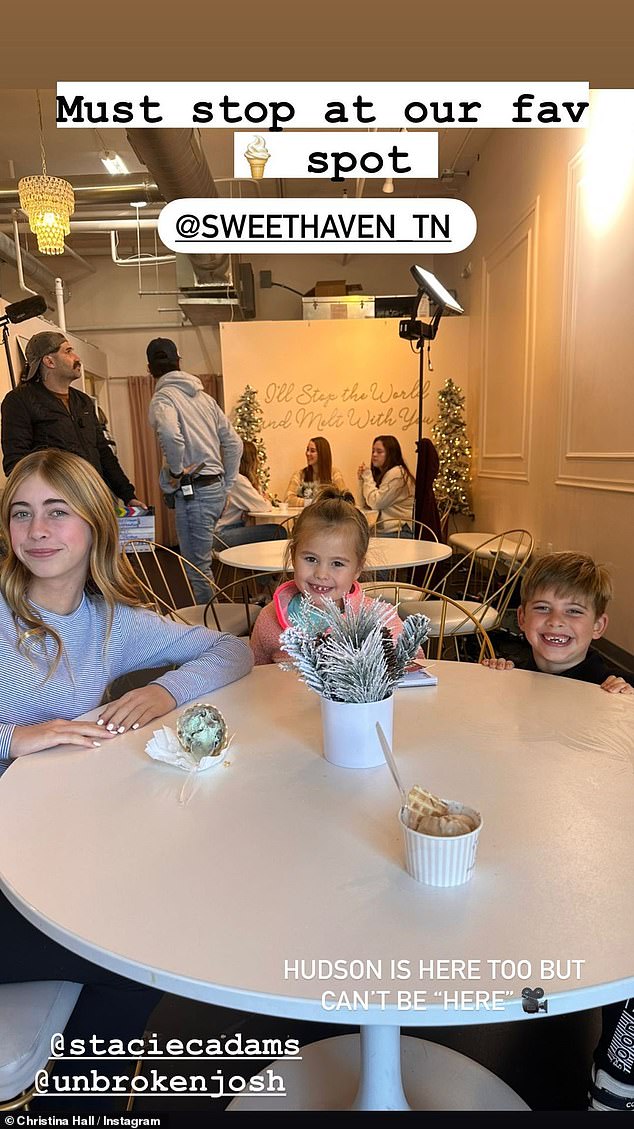 ‘Hudson is here too’: Christina did not include her son Hudson in a recent family photo after deciding to stop featuring him on her Instagram account amid a bitter custody battle with his father Ant Anstead

‘Hudson is here too but can’t be “here,”‘ Christina wrote in the image.

They appeared to be filming at the restaurant, with a film crew and setup visible in the background.

She also posted another photo of the family on a plane with Hudson not pictured on Sunday. 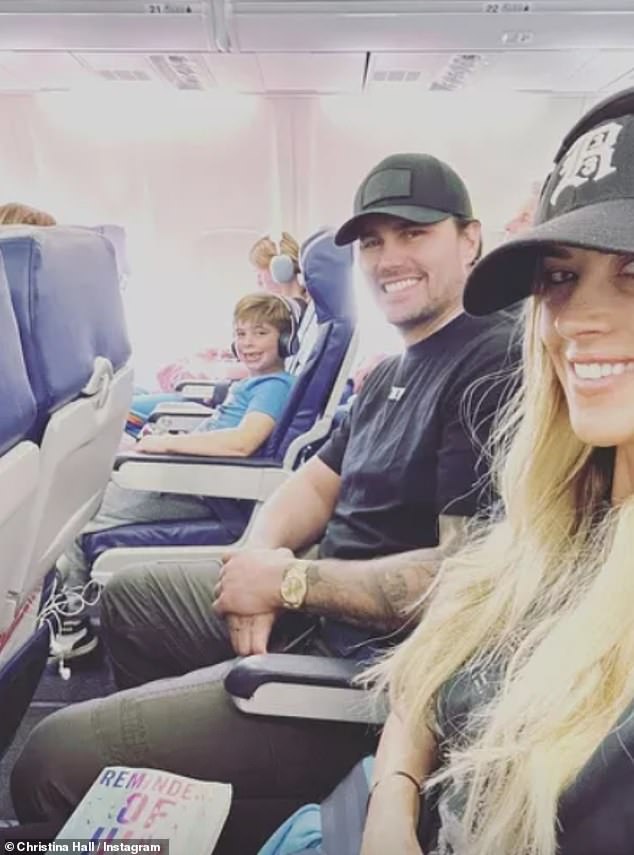 No Hudson: She also posted another photo of the family on a plane with Hudson not pictured on Sunday

The post comes over a month after Christina said she would no longer post images of Hudson amid her custody dispute with ex-husband Ant.

The two exes have been embroiled in a heated custody war for months, following their split in summer 2021.

‘Hudson’s father has made attempts to turn my family, friends and fans against me through manipulation tactics and false information,’ Christina wrote in a long caption earlier last month. 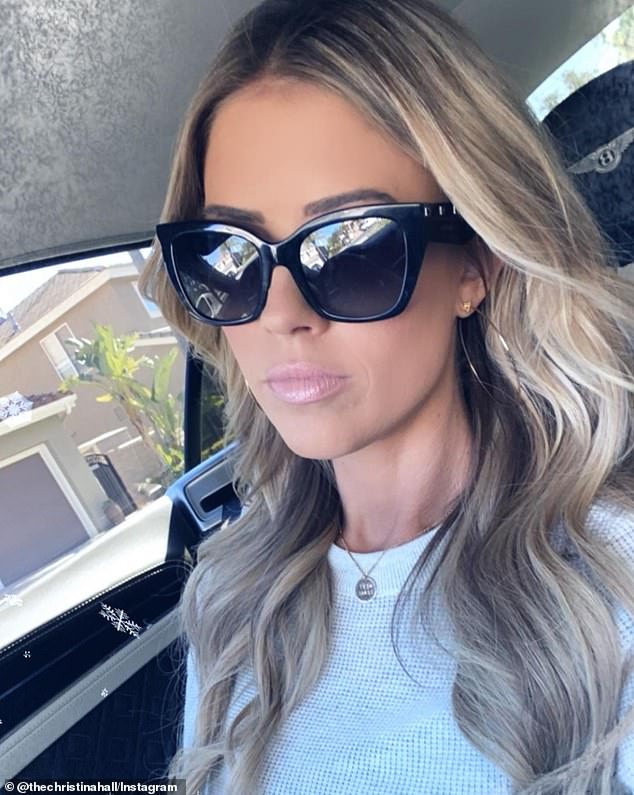 No more photos: The post comes over a month after Christina said she would no longer post images of her son Hudson amid her custody dispute with ex-husband Ant

She continued, ‘Because of this, I have made the decision to no longer feature Hudson on Instagram, my tv shows or any social platforms until he is old enough to make this decision for himself.’

Meanwhile, Anstead, who freely posts their son on his Instagram site, fielded criticism from fans who called him hypocritical after he posted a snap of the child to his account last month.

He explained, ‘[Christina] can post as many organic pictures as she wants to. Please do your research on the fact and come back fully informed. X.’

Court documents reviewed by Us Weekly said that Ant felt Hudson was being ‘exploited’ by Hall by being present on her social media and TV shows.

Hall was previously married to her Flip or Flop costar Tarek El Moussa. They share Taylor and Brayden together. 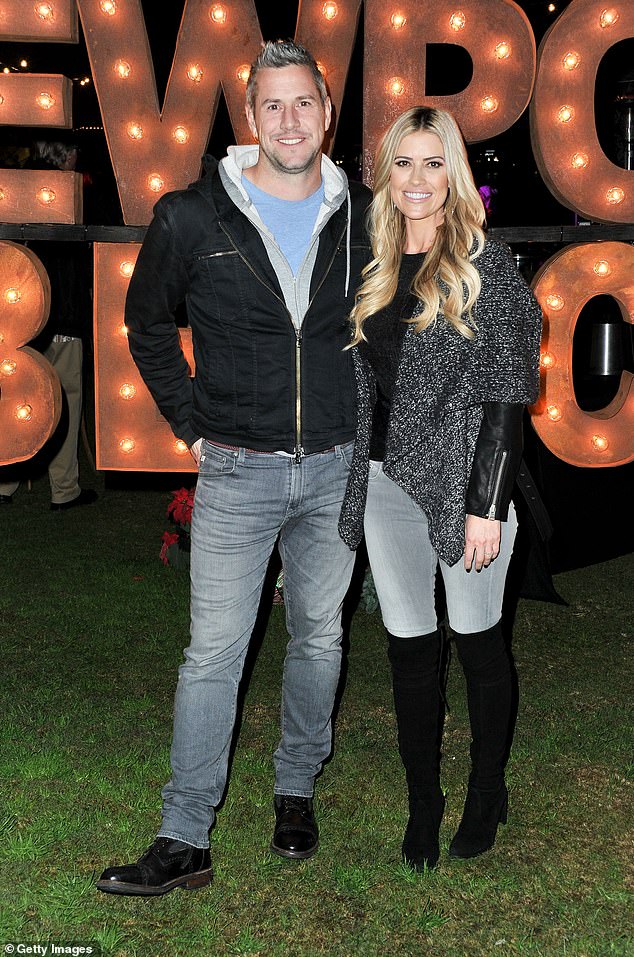 Bitter custody battle: The two exes have been embroiled in a heated custody war for months, following their split in summer 2021; pictured 2019