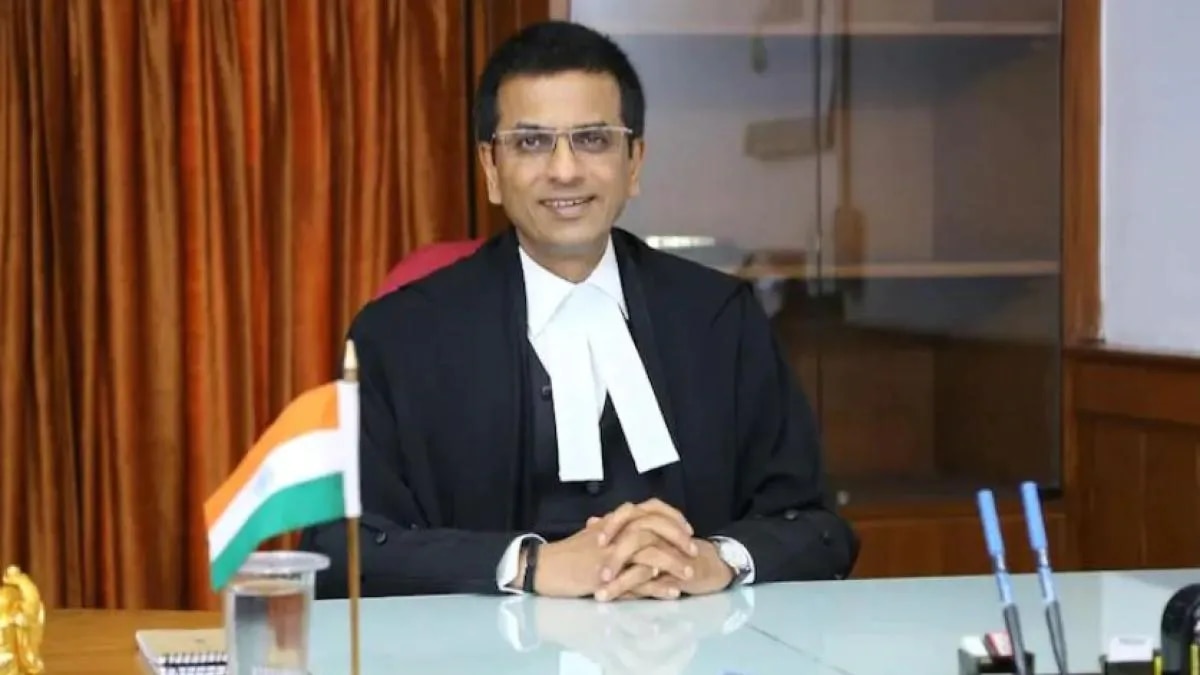 The Supreme Court has constituted a committee headed by Justice AS Oka for translation of top court’s judgments into regional languages, Chief Justice of India (CJI) DY Chandrachud said on Tuesday. The CJI was speaking at the inauguration of online e-Inspection Software of the High Court of Delhi.

Talking about the technological initiatives taken by the Supreme Court, CJI DY Chandrachud said that the top court has adopted initiation of translation of judgments to regional languages and constituted a committee in this regard. Prime Minister Narendra Modi also appreciated remark of CJI DY Chandrachud about making the judgments of the Supreme Court available in regional languages.

The CJI said that he has constituted a committee headed by Justice Abhay Oka and their first step is to ensure that judgments of the top court will be translated to four languages- Hindi, Tamil, Gujarati and Oriya.

“English isn’t comprehensive, particularly in the legal avatar to 99.9% of citizens, access to justice cannot be meaningful unless citizens are able to access and understand in a language which they speak and comprehend” the CJI said.

The CJI said that SC will be tapping into the talent of retired judicial officers to verify if these translations are done correctly. He also spoke about the new initiatives adopted since he took over as the CJI.

Speaking about the New Justice Mobile App, he said that the app has been introduced to enable access to information to advocates, AOR, journalists, litigants, every stakeholder of the system, with free access to the entirety of records.

On electronic Supreme Court reports, the CJI said that he has been working on this initiative for the last 6.5 years. He added that he has got SCR transformed to E-SCR, and requested lawyers to freely utilise. He added that the reports will have an elastic search facility, and has been made compatible with search engines where court records can be searched.

Talking about neutral citations, the CJI said he has constituted a committee headed by Justice Rajiv Shakdher and has also written to CJs of high courts to implement them in HCs across India.

The CJI also stressed the need to develop facilities at the top court. The CJI said he along with SC’s building committee would be visiting Delhi HC to examine the new facilities including new courtrooms, parking lots, and replicate them at SC.

“We were wondering how to now think of SC and its facilities for the next 50 years, as someone has to do it some time,” he said.

Sagittarius to Leo: 4 Inspirational Zodiac Signs Who Love to Push Others Without Selfish Motives

AK63 BUZZ: Ajith Kumar to team up with director Atlee for his next?

USA to host Copa America 2024, 6 CONCACAF teams to be invited in tournament

Michail Antonio celebrates scoring West Ham goal against Tottenham at home West Ham United manager David Moyes has said he has ‘no intention’ of selling Michail Antonio this month, despite speculation surrounding his future. The 32-year-old recently said on his podcast that there was a chance he could leave ...

'You are the much needed hope': Husband Shoaib Malik praises Sania Mirza after her last Grand Slam match

‘You are the much needed hope’: Husband Shoaib Malik praises Sania Mirza after her last Grand Slam match Shoiab Malik, a Pakistan cricketer and the husband of Indian tennis player Sania Mirza, praised Sania and expressed his pride in her performance at the Australian Open. Mirza’s illustrious run in ...


View more: 'You are the much needed hope': Husband Shoaib Malik praises Sania Mirza after her last Grand Slam match

EPFO to review cases of extra pension payment NEW DELHI: A month after laying out the eligibility criteria and procedures for availing higher pension in line with the Supreme Court’s November order, retirement fund EPFO has issued a circular saying it will re-examine the cases of pension on higher ...

BRS-BJP slugfest over Telangana governor out in the open

BRS-BJP slugfest over Telangana governor out in the open The row between Governor Dr. Tamilisai Soundararajan and the ruling Bharat Rashtra Smithi (BRS) in Telangana has turned ugly with a ruling party MLC, Padi Kaushik Reddy, using foul language against the former while other BRS and BJP leaders indulged ...


View more: BRS-BJP slugfest over Telangana governor out in the open

Representative Image Mumbai: In view of the mega Lollapalooza Music Festival on January 28-29 at Mahalaxmi Race Course, in which several Indian and foreign artistes will perform EDM, Hip Hop, Pop and Rock genres, the traffic police have announced several diversions as a very large number of vehicles are expected to head towards the concert venue. ...

SBF's mom, Caroline Ellison, and former FTX executives are not cooperating with the investigation into the disgraced crypto exchange, filing says

Taurus to Leo: 4 Zodiac Signs Who Trust Their In-Laws More Than Their Parents

Amartya Sen brushes off Vishwa Bharti VC’s claim: If someone thinks I didn’t get the Nobel prize, let them

Airoli-Katai Naka Metro link to be ready in November; to reduce commute time by about half an hour

Leo to Aquarius: 4 Smartest Zodiac Signs Who Always Brag About Their Brilliance

7 movie and TV trailers that dropped this week, from 'Succession' to 'Dungeons & Dragons: Honor Among Thieves'

Mobile user base falls for third straight month, down 0.5 million in November

3 key signs that someone you love is egocentric and not just selfish, according to behavioral health specialists

‘Out of syllabus’: PM Modi’s witty response to student’s question on opposition criticism

We were better prepared to tackle slowdown: Udaan CEO

Salman Khan to do a film with Waltair Veerayya producers?

Shark Tank India 2: From Aman Gupta to Vineeta Singh, here's a look at the net worth of all the sharks

7 killed in shooting at synagogue on outskirts of Jerusalem, Israel calls it terror attack

PM's 'out of syllabus' response to students asking about opposition, criticism

‘Still a Congressman’ — Anil Antony on BBC documentary, why he resigned from party posts & more