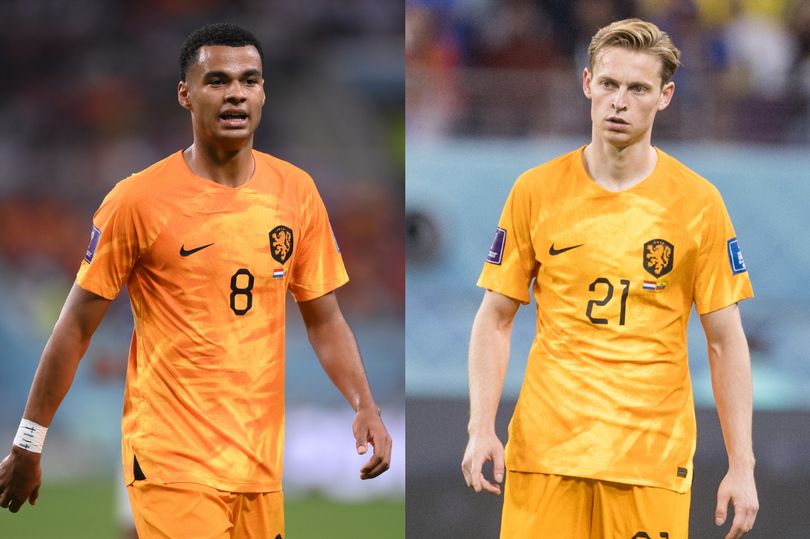 Netherlands pair Cody Gakpo and Frenkie de Jong have both been asked about their respective club futures in recent days, with Manchester United said to be interested in both players.

PSV starlet Gakpo – who has scored two goals in the Netherlands’ opening two World Cup matches – was thought to be close to a move to Old Trafford in the summer transfer window, while Barcelona midfielder De Jong was chased by the Reds for a number of months.

Gakpo enjoyed a scintillating campaign last term with 36 goal contributions for his club across all competitions. The 23-year-old has also been in impressive form this season, registering 13 goals and 17 assists in 24 outings.

While the Dutchman has admitted that he is flattered by transfers rumours linking him with a move to the Premier League, he has insisted that he wants to ‘focus’ on his football.

“Yeah, what you said is right,” he said at a press conference when asked if he takes pride in being linked with several major European clubs. “I focus on the World Cup but it’s always nice to hear such rumours. But, you know, I just try to focus here and do my best.”

Asked whether his strong showings have even shocked himself, he added: “I’m not surprised. I know what I’m capable of, but it’s always a challenge to reach your highest level possible. I think I can improve in a lot of things.”

Meanwhile, De Jong was adamant that he didn’t want to discuss his club future while on international duty at the World Cup. It was reported that United and Barcelona had agreed a deal for the 25-year-old in the summer, but a move failed to materialise.

When quizzed on his future after the tournament in Qatar, the former Ajax man quickly dismissed the subject and declined to talk about anything after the World Cup.

“I’m at a World Cup, I’m not going to talk about clubs,” he said, as per Mundo Deportivo.

Netherlands end their group stage campaign against host Qatar on Tuesday afternoon, with Louis van Gaal’s side having won one and drawn one of their opening two games.