It’s happened before in times of crisis, you know.

In 1943, as war raged around the globe, more than a few professional sports teams were hanging on by a thread. Two of those teams were the representatives of the Commonwealth of Pennsylvania, Philadelphia’s Eagles and Pittsburgh’s Steelers. In order to survive, a plan was hatched: merge them.

And thus were the Steagles born.

It only lasted one year, but it was a grand experiment. The Steagles won their first two home games, at Philly’s Shibe Park (including a 28-14 win over the Giants). They won and tied their next two home games, at Pittsburgh’s Forbes Field. They lost the season finale, back in Philly against the Packers, which cost them a playoff berth.

“These guys were used to hating each other,” future Giants coach Allie Sherman, a backup quarterback on the team, told me once. “And yet we all had the time of our lives for 10 games.”

The Eagles had never before had a winning record on their own. The Steelers had but one. The Steagles wouldn’t be necessary by the time the ’44 season rolled around, as the nation’s economic picture began to brighten. It stands as a cool one-year experiment.

Now, we aren’t in that kind of crisis in New York. And look, even if we wanted to do something audacious like combine all of our sports teams into a single entity, that wouldn’t ever even make it out of brain of whoever hatched this insane scheme (Guilty!). 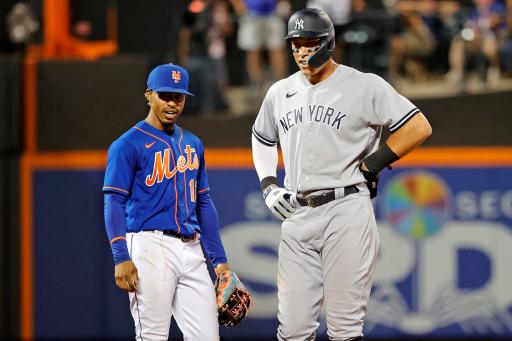 Still, we are title-less in what will soon be 11 years and counting in the four major professional sports. That sort of feels like an ongoing crisis. And just think: Would any baseball fan anywhere in New York have been unhappy with the following lineup across the 2022 season — notably in October? 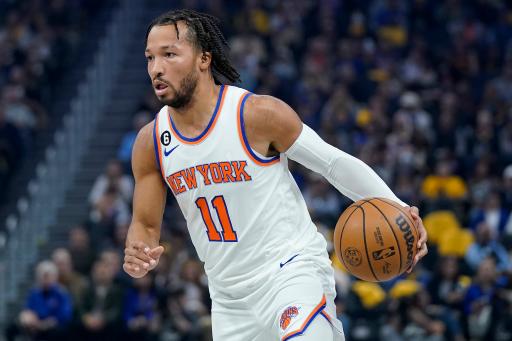 The Metkees aren’t half bad, are they? What about a football mash-up — let’s call ’em the Jints — where we simply take the Giants’ offense and add the Jets’ wide receivers, and a defensive matchup that would be a star-studded array of both sides — Dexter Lawrence, the Williams brothers, Leonard Williams, Xavier McKinney, Sauce Gardner and the rest?

How about this for an imposing starting lineup for the Knicknets? 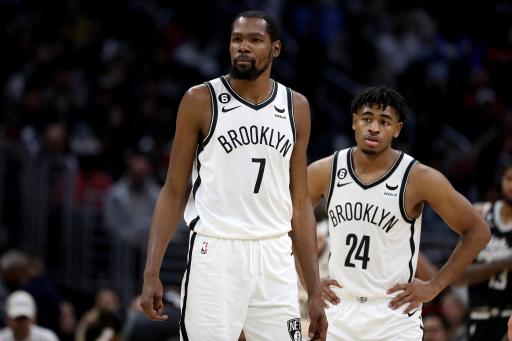 Of course, the most intriguing is if we could toss all of the Rangers, Devils and Islanders into a pile — since all three of them are having seasons ranging from good to very good to epic so far — and maybe come up with a top-six that looks something like this: 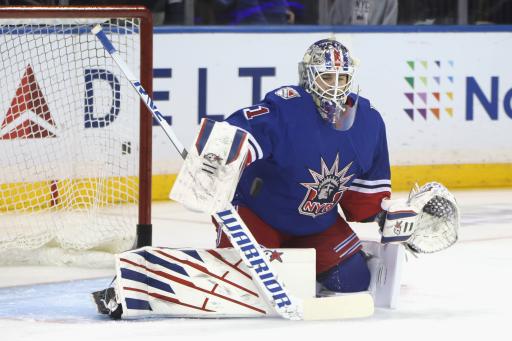 The biggest challenge would be figuring out what to call these guys. The Devislders? The Randevisles? The Islrangils? Maybe we could get really bold and brassy and just call them the Stanelycups.

Sure, this is a part fever dream, part hallucinogenic fit. But it beats watching one season after another end with a parade down someone else’s downtown, doesn’t it?

The Devils haven’t only been a remarkable story on the ice, but they helped inspire one of the all-time crowd cheers when “Sorry, Lindy!” went cascading through Prudential Center not long ago.

One of the things about binge-watching a show still on the air — and I blitzed through four years of “Yellowstone” and 10 episodes of “1883” this summer — is that when you’re caught up, the wait between episodes feels like a month, not a week. 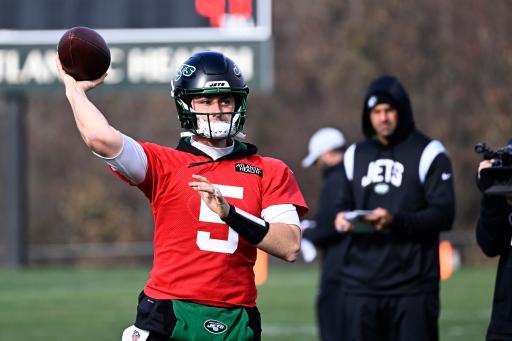 Well, a loud segment of Jets fans have been pining for Mike White for well over a year now. It’ll be interesting to see how they feel by 4 o’clock or so.

St. John’s-Syracuse was an eyesore of a basketball game the other night at Barclays, but man, it was fun seeing those two teams on the floor at the same time again.

Whack Back at Vac

Richard Kelly: Seems like everyone is glossing over the two dumb moves that will likely cost the Giants the playoffs: Xavier McKinney takes a trip to Cabo and falls off an ATV, and Brian Daboll has his best cornerback, Adoree’ Jackson, return punts. I hope I’m wrong about this.

Vac: If we’re looking at someone else play in the first weekend of the playoffs again this year, those two moves will pound like a relentless toothache.

Vito Pesce: I just don’t see the attraction with Jacob DeGrom for crazy money. The guy is lucky if he gives you 20 starts a year, plus at 34 it’s going to get worse.

Vac: I think the Mets are willing to spend a lot to retain him. I don’t believe they will empty the vault if that’s what it’s going to take. 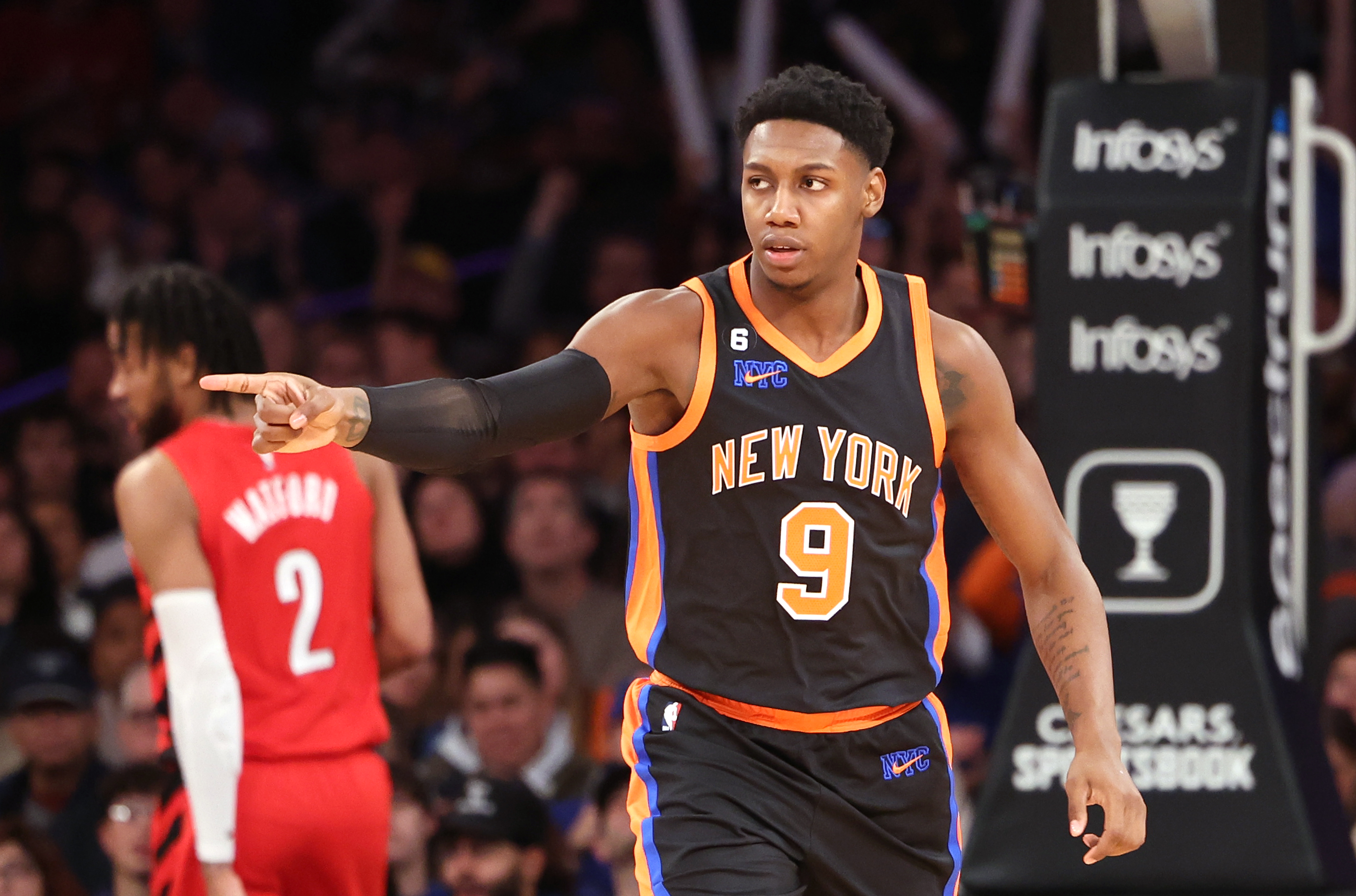 @knishboy: If, in year four as a Knicks starter, RJ Barrett isn’t a good shooter from 3, or at layups, or from the standard eye test … then why does he keep shooting almost 20 times per game?

Jack Wasserman: What was Robert Saleh thinking when he left a shell-shocked Zach Wilson in the game after the middle of the third quarter? He was visibly terrified throughout. The loss was on the coach, and only secondarily on the hapless offensive and special team coaching.

Vac: I’m not sure any quarterback would’ve thrived with the game plan Mike LaFleur cooked up. He has to be much better this week.

Mountain lion P-81 was probably struck and killed by a car Sunday on Pacific Coast Highway, the National Park Service announced. The 4-year-old male cougar‘s remains were collected on PCH near Las Posas Road in Ventura County. The California Department of Fish and Wildlife will perform a necropsy to ...

Frankie Muniz doesn’t mind if you still think of him as Malcolm, the wisecracking main character of the popular sitcom “Malcolm in the Middle”, which over its seven season run made him a worldwide star. But since the program ended in 2006, Muniz’s career has seen him spending less time ...


View more: Frankie Muniz Says It Was Easy to Trade Hollywood Stardom for NASCAR: ‘I Want to Live the Most Fulfilled Life I Can'

The brand new Nakusp Early Learning Childcare Centre was bustling with children and parents on a rainy January night as School District 10 held the first open house at the sparkling $3.15 million facility. The centre is attached to Nakusp Elementary and hosted about 30 people for the January 11 ...


View more: First of its kind childcare centre in Nakusp aims to open in February

Ronna McDaniel cruised to reelection Friday for a fourth term as Republican National Committee chair, turning aside two pro-Trump challengers to lock up the powerful post. The GOP leader beat Harmeet Dhillon, who said she would be a more aggressive conservative voice, and MAGA stalwart MyPillow.com CEO Mike Lindell to ...


View more: LARRY KUDLOW: Biden's polls will sink even more with this kind of fearmongering

To all the econ papers I've loved before

Craig Carton: James Dolan offered ‘24/7’ support when I got out of prison