Concorde was noisy, cramped and expensive – here's what supersonic travel should look like this time 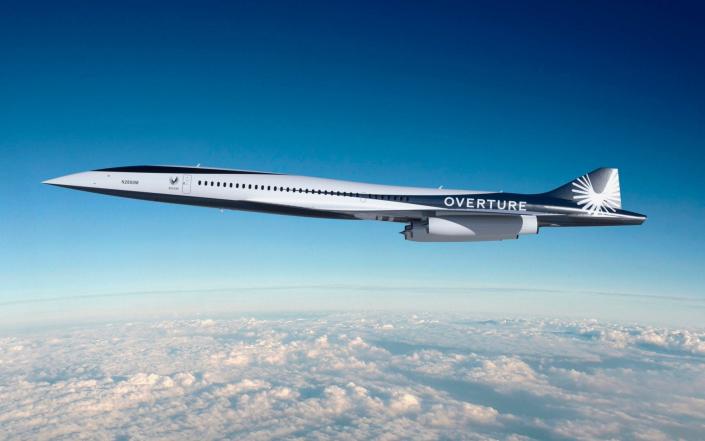 I flew Concorde to New York twice in the early Noughties and loved the three-hour trips more than any other journeys before or since. Travel does not get better than sipping Krug while slicing through the stratosphere at one mile every three seconds, more than twice the speed of sound.

No other aircraft was a time machine – a jet that got you to a westerly destination before you left home. You could leave London in the morning and enjoy breakfast (again) in New York, or lunch on the beach in Barbados. And on no other jet did British Airways, then the world’s favourite airline – remember them? – serve a choice of vintages of Krug.

Speedbirds 1 and 2, as BA’s 001 and 002 flights to New York and back were called, had their own dedicated lounges: the Concorde Room at Heathrow and at JFK. Not even First Class subsonic passengers were allowed in. You had to have a ticket to board “the quick plane”.

My favourite bit? The gut-punch of the volcanic Rolls-Royce Olympus engines that took you to 69,000ft in minutes, as you watched the giant speedometer on the wall at the front of the cabin tick up to 1,500mph. Peer out of the windows and you could see the fiery after burners turning the sky orange.

Oh, and you were guaranteed to feel part of the jet set. I sat across the aisle from Gwyneth Paltrow and P Diddy.

It all seemed too good to be true – and it was. After the terror attacks in New York on 9/11, demand for pukka travel collapsed and, following the crash of an Air France Concorde, Speedbird 1 dipped her beak for the last time. “A travesty of civilisation,” declared Joan Collins.

But hang on, Joan! What’s this on the horizon? American Airlines has just agreed to buy 20 supersonic jets from US start-up Boom Supersonic, becoming the second major US airline to bet on ultra-fast passenger travel. Last year, United Airlines agreed to buy 15 Boom jets, “provided they meet certain safety, operating and sustainability requirements”.

The firm’s four-engine, 55-seat Overture jet will be able to fly at 1.7 times the speed of sound. London to Miami will take just under five hours, London to New York just over three hours and San Francisco to Tokyo six hours. “Our focus is accelerating long transoceanic trips,” says Boom CEO Blake Scholl. He has not yet fixed the problem of the sonic boom that makes it impossible for supersonic jets to fly over land.

Can Boom take over from where Concorde left off? There’s certainly demand from the “get there fast and ritzy” classes. That’s one reason why Qantas has launched nonstop flights from London and Rome to Perth and will soon begin non-stop services from London and New York to Sydney and Melbourne. A first class return is likely to set you back £15,000 – and Qantas CEO Alan Joyce knows that people will pay.

There’s also room for improvement in the supersonic experience. Concorde may have been downright sexy to look at but it was cramped inside and since it scythed through inner space at 69,000ft, you felt every stratospheric bump. Modern passenger jets, notably the Airbus A380 superjumbo, the Airbus A350 and the Boeing 787 Dreamliner, have stability controls that swat away the turbulence. Boom needs to learn from Airbus and Boeing. 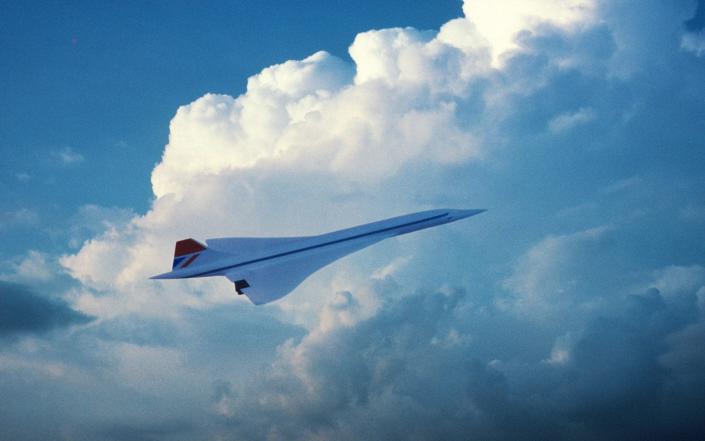 Concorde had minuscule windows and the sound and heat insulation were primitive, which meant the plane was deafening

and the walls, in particular in the bathrooms, got too hot to touch. Boom needs to copy modern aircraft makers and install bigger windows and sound and heat-insulating walls. While they’re at it, they should make the cabin air less dry and set to a higher pressure, so your stomach and ankles don’t explode and your face doesn’t feel like it will fall off.

Concorde was hideously un-green, burning thousands of litres of aviation fuel on each trip. The Overture is designed to run fully on sustainable aviation fuel or a blend.

And Concorde was wildly expensive. My silver ticket stubs – yes I kept them, along with the pale blue Smythson diaries and embossed notepads the captain gave me – confirm my return fare was just over £8,000 each time, £12,000 in today’s money. (Thankfully, my employer picked up the tab.) American Airlines says it’s too early to set ticket prices; it isn’t expected to carry its first supersonic passengers until 2029. I reckon trans-Atlantic return fares need to be less than £12,000 to make the “son of Concorde” viable.

Fix these issues and 20 years after the final Concorde flight, perhaps I’ll get the chance to skim the edge of space once again.

Did you experience a Concorde flight? We’d love to hear about it – please share your stories in the comments below

Karen's Diner faces more drama after a waitress tells an glamorous influencer she looks 'bulimic' just days after another customer was called a 'filthy ranga' - so did they go too far?

Bharat Gaurav train: IRCTC introduces affordable ‘Shri Ram Yatra tour package’ at THIS price With the onset of this festive season which includes Navratri and Durga Puja, Indian Railways left no stone unturned in providing the best train services possible. It introduced many special train services to make sure ...

‘Was Really Frightened’ Prabhas Discusses Qualities He Learned From Lord Ram For ‘Adipurush’ It’s barely been twenty-four hours since the release of Adipurush’s teaser and people have already been buzzing about it from pillar to post. South star Prabhas plays the role of Lord Ram in this mythological epic ...

Marco Bezzecchi didn't score in Buriram... but he's closer to the rookie title

Death of father-of-two, 57, who was fatally trampled by a herd of cows while walking dogs with his wife will be probed by an inquest

Trump Suggests FBI Framed Him at Mar-a-Lago: 'Who Knows What Was Planted?'

As This England’s BoJo botch job won’t stand the test of time, which political dramas will?

'He Is Wearing Leather Jackets', BJP Slams Adipurush Director For Misrepresentation Of Ramayana

Rivian confirms production of 7,363 electric pickups and SUVs in Q3, a significant ramp